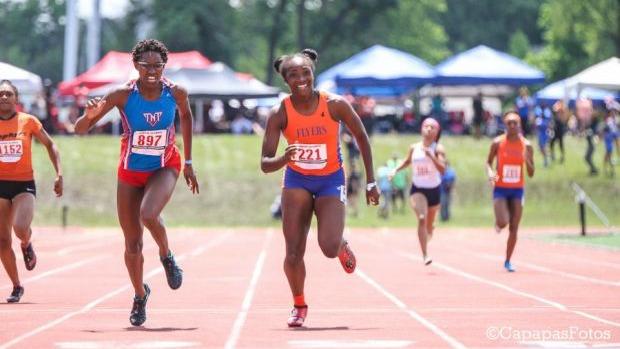 The biggest meet on the summer calendar in Illinois is the USATF Association State Meet, which is essentially round one of three for athletes who hope to qualify for the National Junior Olympics in July at North Carolina A&T University. Day one was washed away due to a combination of Mother Nature's wrath and standing water on the track of Benedictine University. Many athletes received automatic advancement to the Region 7 meet (July 5-8th at Ball State University).