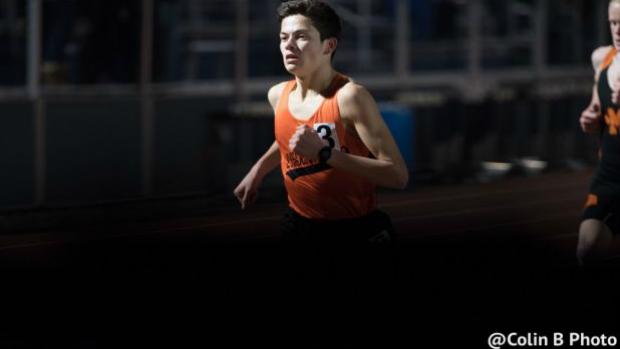 Watch out for the field-

The field events at the Wanner Invite usually start well ahead of the track schedule which gives fans and teammates enough time to watch their favorite performers. Senior Jamir Gibson of Zion-Benton is the performer to watch. He is 10th ranked in the Shot Put and Discus Throw with best tosses of 56-4 and 165-11. Gibson won the discus and took second in the shot put.

Prospect junior Michael Shafis took 7th last year in the High Jump with an average leap of 5-11. This year appears to be different as he comes in ranked 13th at 6-5. That high clearance is usually good enough to win most competitions in the state.

Springfield HS has two top performers in the Triple Jump. Senior Tyrone Treadwell is the top seed with a season best 44-10.5. Treadwell will be motivated to move up one spot after taking second last year.

Let's get it started with the MileSplit Illinois 4x800-

Usually there is a bust out team coming in which we can identify. Lyons, which is a traditionally strong team, has opted their squad to the first section. Prospect is another great program but haven't yet produced a notable mark. Whitney Young doesn't appear as deep as in past seasons. So what gives? The last time a winner did not go under 8:00 was in 2012. That could happen but don't expect it with a loaded York in the field. The Dukes are loading their team behind senior Charlie Kern. Kern is back after a long hiatus and he ran impressively last weekend at the Distance Night in Palatine. Hersey, Downers South, Minooka, and Hononegah could play into the mix.

3200: The return of greatness to this event and it will be fast. Danny Kilrea (Sr., Lyons) and Drew Bosley (Homestead, WI) will headline a national level feeling. Both runners ran under 9:00 and perhaps getting a little further up on the rankings ladder is in store. Conor Perreault (Niles North), Sam Rivera (Whitney Young), and Alex Tam (Libertyville) are entered here. Add in miler Charles Harders (Lyons Twp.) for good measure.

4x100: Proviso West steps to the front as as challenger to top seed Minooka here. But as it always is, the Panthers will need to get the stick around the track smoothly. If they can do that we will see several fast times.

110HH: New Trier senior Albert Yen is the top seed but defending champion Victor Olaitan of Schaumburg is back.

800: Distance ace Clayton Mendez of Whitney Young drops down in distance once more. The state leader in the 1600 is the favorite here. All he really has to do is stay out of trouble and not get boxed in and it could be smooth sailing for the 1:55 performer.

400: Brandon Adams (Minooka) is the big favorite here. Adams will be out to get his name to the top of the charts. He has run a big time 49.04 and getting into the 48s is a real possibility.

1600: This event has been stripped of a super performer name coming in. That does not mean it will be slow. Josh Methner of Hersey ran 9:06.65 for 3200m last weekend is in the field. Long distance standout Jack McNabola of Francis Parker, Stephen Pipilas and Eddie Siuda of Downers Grove South are in the field.

4x400: Minooka and Proviso West are the favorites. It is Minooka that holds the trump card as in Brandon Adams on anchor. Lane Tech, York, and Zion-Benton are teams to watch.