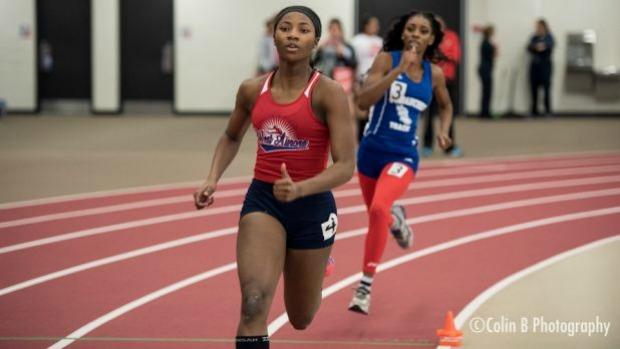 There is always a concern when hype precedes a big meet that is chock full of talent. In the case of the Homewood-Flossmoor ABC Girls Invitational, it was weeks of strategic planning that meet officials targeted such an occasion. Aside from the host team, the recipe needed a top notch mix of distance, field, and relays to make things right. On Saturday, everything seemed to come together for the assembled teams. In the latest MileSplit Illinois power rankings, there were 3A #1 West Aurora and 2A #2 Cahokia as well as several other top teams from around Chicagoland. But it was The overall depth of Oak Park-River Forest that got the job done for combined team championship.

The aim for first year Homewood-Flossmoor coach Zontavious Johnson was to bring a top notch girls invitational to Illinois and in particular Chicagoland. "We don't always get the best kids in the state competing each other," said Johnson formerly of Chicago North Lawndale. Kudos to Johnson and his staff for soliciting some of the best talent in the state.

Jocelyn Long (Jr., Barrington) ended her winter slumber with a solid performance in the 3200. Long quickly got herself established right away leading every lap. It was close for the initial 800 which was 2:38 but by the mile in 5:25 it was over. Long cruised home in 11:15.56.

To kick off the relay events it was Palatine in the 4x800 relay. The Lady Pirates will be a team to watch in the 4x800 relay this spring. The MSL distance starlets are always a perennial team on the distance side of things. For the first time this season Coach Joe Parks put out a semi solid line up which opened with a 2:27 leadoff and then a steady diet of 2:31s and change. The final result was a fleeting 10:05.11. The time would be the third fastest mark in the state.

Homewood-Flossmoor senior Jaimie Robinson completed a solid day without competing in her signature triple jump. A runner up spot in the long jump was just the first ingredient for the future U of Alabama star. Though the Vikings were disqualified in the 4x2, they had initially ran another state best 1:44.04. However, they were disqualified for an infraction on the backstretch. An infuriated Robinson would not there. She laced the track shoes once more and motored past Young for a statement win in the 200m 25.11-25.34. 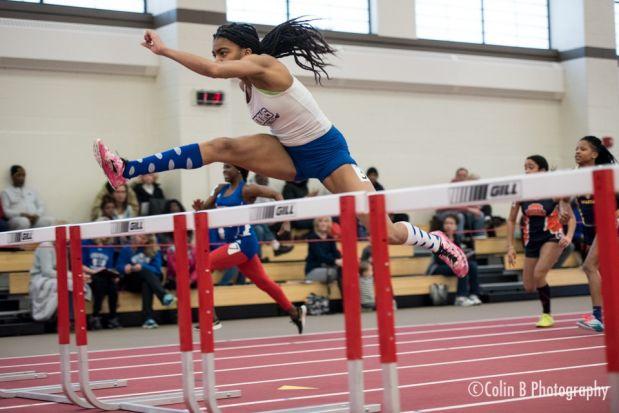