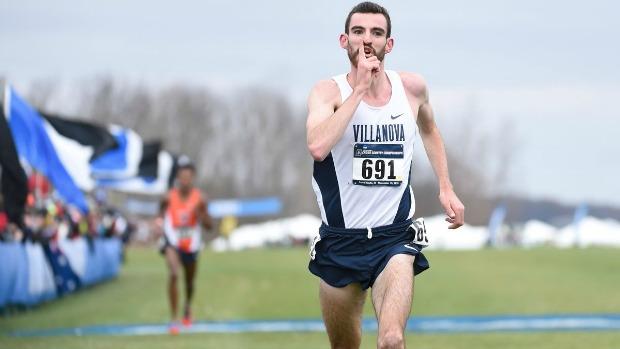 It was a special weekend leading into the Division 1 Championships hosted by Indiana State University.  For me it was a time to return back to a place and time that molded me as a high school and then collegiate athlete.  Although I never got to compete on the LaVern Gibson Championship Cross Course as a student-athlete for Indiana State University, I still felt a strong connection to the course. It is a one of a kind venue unlike any other in the country aside from one or two repicas. As an alum, I was delighted to be back in Terre Haute as an honorary meet official for the championships. It was also great seeing so many fans of the sport and fellow alumni back in "Terre Dise" having a blast.

Mother Nature has spoiled many of us midwesterners with above average temperatures for most of the fall. I can't remember a time when the temperature has reached past 70 degrees in late October to mid November on a routine basis. In fact, it was 70 degrees leading up to the "big dance." The Mercury actually plunged down to 37F (real feel 27F) and high winds on Saturday which felt like early winter more than normal late autumn. Regardless of the weather conditions the athletes and fans alike were ready for two wonderful races. 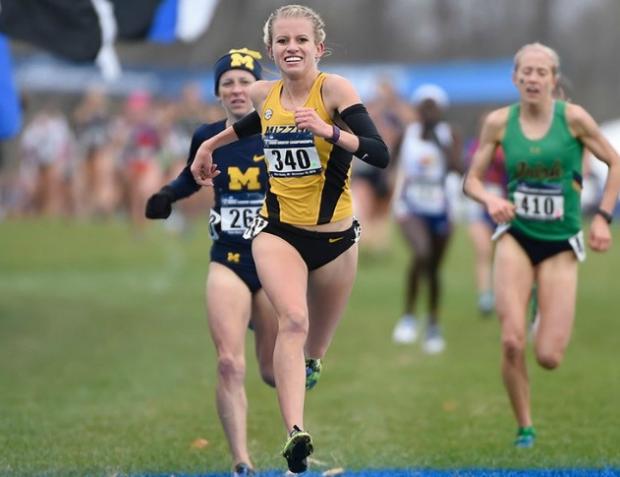 To say the least it was very cold for the opening women's race. Some of the meet officials made a friendly prediction on how many women would bear running tights and long sleeves vs. normal uniforms during last run outs. As it turned out it the appearance looked like 90% uniforms and no tights. Very few girls donned hats and gloves!  As for me I would be on one of the lead race vehicles. For a moment I thought about how cold my hands and feet would be for 6000 meters. But once the race started it was pure race adrenaline that flowed through my veins.

The pace went out pretty solid but honest in 3:06 for the first kilometer with Erin Finn (U of Michigan) and homebody Anna Rohrer (U of Notre Dame). Rohrer knows this course very well from winning several high school state championships. She did not mind running and following us as we set the tangents up in the race carts. It was cool watching the race from a bird's eye view. I was able to capture the emotion of the lead pack every step of the way. I noticed the tail end of the long train of runners. Regardless of each one's finish it is amazing to even be in the national championship race. I never had the experience of competing in a national championship in college, so this was as cool as it got.

The final two kilometers came down to about four girls with Rohrer and Finn duking it out. We sped ahead to the finish line to provide our lead photographer a spot to capture his photos. When I jumped out of the cart I saw Finn holding on to a slight lead over Rohrer... but wait! Here comes Karissa Schweizer (U of Missouri) out of the darkness and with less than 200m to go she blazed past Rohrer and then Finn for the incredible win in 19:41! Finn held on for second over Rohrer 19:44.2-19:44.6. Finn's second place nullified Michigan's first national title. Oregon won 125-126 over the Wolverines.