In Illinois boys track and field, the 4x800 relay is king. In any given year you may see as many as a half dozen teams ranked in the top 15. This year is no exception with US #2 Orland Park (Sandburg) leading the way with a head busting 7:37.36 clocking. Oak Park-River Forest has been ranked among the top 5-10 all season as well. Illinois has the second most top 50 entries (7) behind Pennsylvania.

In order to run a flawless and successful relay each team member must execute his or her job to the fullest degree. In the case of the boys 3A championship there are many facets to consider. For a race that on an elite level can least up to 8:00, things can go wrong. And it often does. However, on this occasion not many things went wrong. Below is the breakdown of the 3A state championship race by sequence. 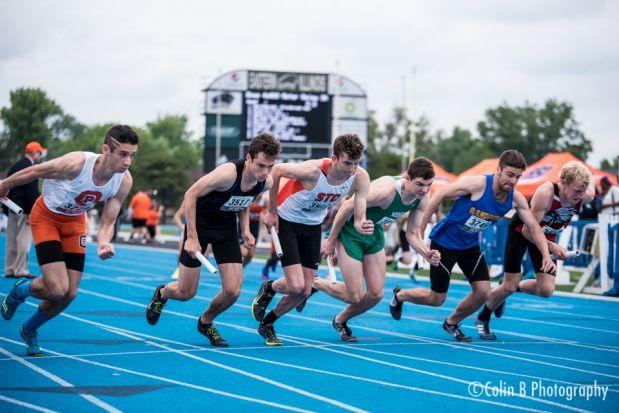 The success of any race is a clean start and a good break off of the line. Although the lead off runners have a long way to go in their journey, grabbing good position can prevent getting boxed in and burning unnecessary Octane. 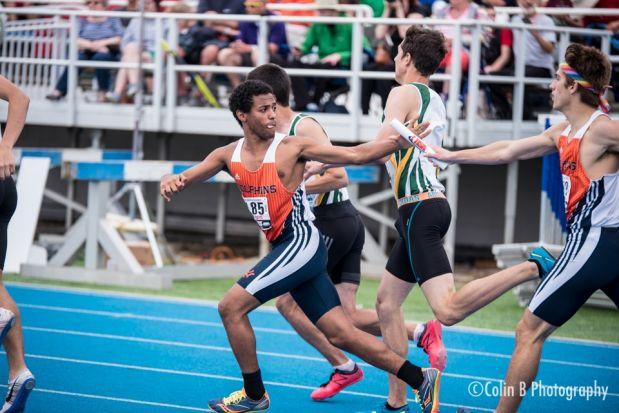 Transitions are often the most overlooked aspects of relay running. The 4x8 transitions are not dangerous as the 4x4 nor are they as crucial, but they are important in that every second is important in a championship race. Bad transitions can cost teams as much as five seconds. That can be between win and lose or all-state or nothing. In 2012, Chicago (Lane Tech) had incredible transitions despite not leading at all until the final verdict. The Indians avoided transition traffic like athlete statutes, weaving, and spilling. They beat Niles North 7:47.42-7:47.96. 11 of the 12 teams ran under 8:00 including places 3-11 ran 7:49-7:55. Yes, transitions are very important in the 4x8! 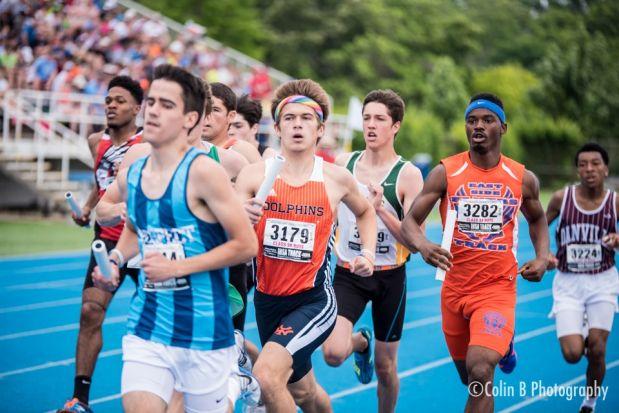 How many of you think that a cluster of distance runners as pack racers? Well in a short affair such as a two lapper it is. Teams unconsciously or consciously move together in tracking down those ahead of them. You will often see a mob swallow up a runner who went out a bit fast. Keep in mind that pack racers are not friends, they just happen to share the same track for the same cause. 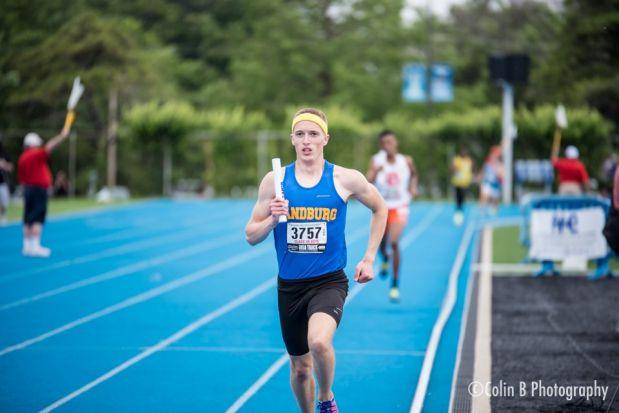 Desperate teams or squads who ran out of bullets have no chance to stop the Getaway. Such was the case for Whitney Young a few other teams who loaded their relays with their best runners first and second. Sandburg on the other hand had fresh stalwarts in twin killers seniors Sean and Chris Torpy. It was all but over when Sean got the baton on the third leg and sped away from OPRF's Alex Staples with 250m left remaining in his sequence. The Sandburg coaches were brilliant in putting Sean third since he would be running the mile late in the meet. Chris on the other hand had to double back in the 800. He would be allowed to gauge the race once his brother gave him the lead. The Huskies could not respond to the charge of a stud runner, and they were essentially eliminated from winning a championship. 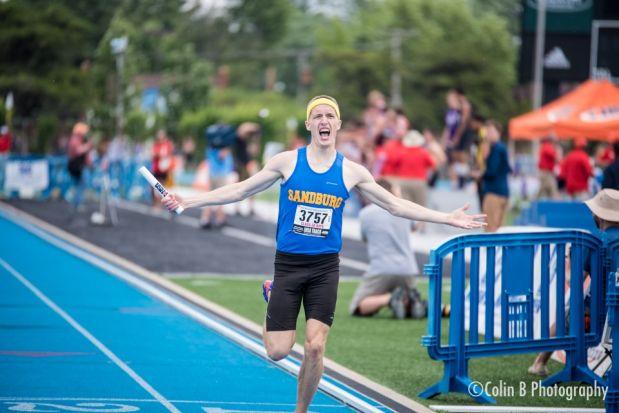 All teams have to finish. Sandburg's championship winning and all-time meet record finish of 7:37.36 was set up nicely by a great start from their lead off man Tom Brennan (Sr.). From there was the smooth transitions from #1 #2, #3 legs. Pack Racing in the early going keep things under control until the Torpy's were ready to respond. The Getaway of course was like a bank robbery and the end of OPRF and any other team who had thoughts of winning. All of the elements together are what produced such a great race.