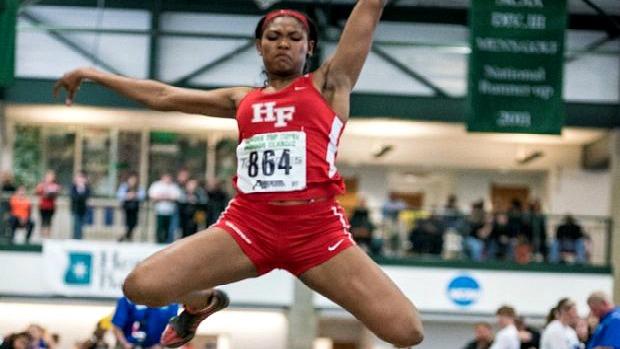 Jaimie Robinson will be on display this weekend (Colin Boyle photo)

The more things try to change the more they stay the same. If you go back to the pre-season preview calendar you will notice that not much has changed. Of course there are a few surprises here and there like the emergence of some newcomers and youngins, but everything else pretty stayed true to form. But then again it would be a failure to not mention that a few favorites had some unfortunate incidents during the season (aka no super freshman Dajour Miles of Waubonsie Valley) or at the sectional meet that rendered their seasons either in doubt, perile or DONE.

Some things like the balance of power has shifted somewhat. For example, Lincoln-Way East was tabbed as the consensus favorite to win their fourth championship in a row. That sentiment has not changed after a strong sectional performance at Lockport. The Griffins appear to have gotten all of their horses on to the state meet arena and ready for everyone and everything.