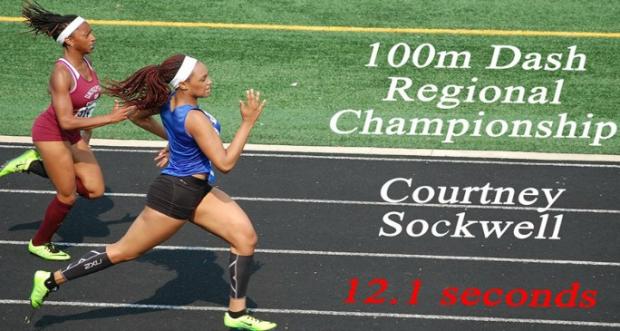 What do you think are the bread and butter of track and field are? If you guessed anything else but sprints, you are sadly mistaken. Despite our appetite for distance events, it is the fast items on the menu that win championships and get the fans turning and jumping out of their seats. This year's Class A crop of talent will be abundant as a ton of all-staters and emerging speedsters and hurdlers return.  It will be quite interesting to see how well the season transpires between now and May.

Note: The rankings are based off of the top returning marks from the 2015 outdoor season and do not include wind-aided times.

Outlook: Mariah Woods came through last year in what some termed an "upset" over Natasha Brown of Aurora Christian. That win should have been a surprise since Woods took the indoor 60m crown at Illinois Top Times. The undercover dash crown is usually an indicator for future success outdoors. The fastest time of the season actually came void of the IHSA season via Courtney Sockwell. Strangely, she burned the track on the AAU and USATF circuits and not through the high school season for which she did not compete for last year. Sockwell has again started her season competing for the Illinois Jets. If she can get on the IHSA schedule this spring the outlook may change for the classification.