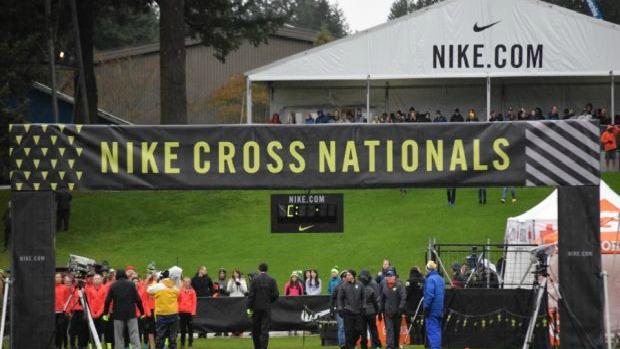 I once heard a trusted and well respected coach say "cross country is a short season." Much to the reality of what he said, he was right. The coach I am referring to was speaking to a group of inexperienced runners near the end of a summer camp training run. For them August through the month of October is prime cross country season.

Nike Cross Nationals was a creation derived from the original name Nike Team Nationals in 2004. I had the fortune of attending that first championship in Portland, Oregon. It was an unknown commodity that replaced the mythical postal national championship. You know what that is right? The postal championship was a mail in time trial that coaches often conducted at the end of the season and mailed in to Track and Field News or some similar entity. Back in my day in the early 1980s, it was a two-mile trial on the track. The times were added up and sent away. The team with the lowest total time was the winner. The postal nationals was the forefather of Kinney Nationals (later Footlocker) and finally NTN/NXN. As the American high school distance running boom re-emerged it made sense for Nike to get involved in the sweepstakes. As they now say the rest is history. 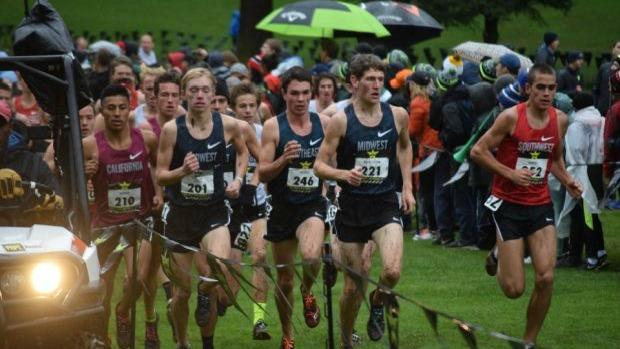 NXN is the pinnacle of the season-

I introduced the statement of cross country being a short season without telling the entire story. Yes, for the majority of high school kids in America, the ultimate goal is to reach the state championship and have success in it. But there is a very small minority that have higher goals. NXN is a prime example of meeting one's ultimate challenge. I think 25 combined boys and girls teams were state champions. So basically everyone in Portland year in and year are champions- the best of the best. To become an All-American one needs to place in the top 21.

For the Illinois boys, it was one of the best years on record with three teams advancing from the Midwest regional: Orland Park (Sandburg), Naperville (Neuqua Valley), and LaGrange (Lyons Township). Sandburg met their team goal of winning state in early November. Their next goal was returning back to Portland and getting a measure of revenge. Last year the Eagles finished a very disappointing 15th place. Head Coach John O'Malley got into his team's head from the very first day of summer training about racing and competing with conviction. His squad dominated almost every race this season and advanced back to nationals with ease. The boys were ranked #1 n the nation by various subjective media outlets at time or another during the season. So it was natural to see the Eagles as one of the pre-meet podium favorites. Orland Park XC Club as they were officially called by Nike got out well and led through first several checkpoints. Although Illinois' best team ran well staying together and producing the best overall scoring split of 18 seconds, they were not able to overcome Great Oak, California, American Fork, Utah, or Dana Hills, California. Each of these three squads had a front runner that packed a powerful punch. That was the only difference in securing one of the three team plaques. As disappointing as finishing fourth place may have felt on the onset it was a great overall season and they should be proud.

Junior Casey Clinger of American Fork held off junior Ben Veatch of Carmel for the thrilling win 15:03-15:04. My pre-meet favorite Jon Davis (Oakwood) placed a somber 22nd place. I personally thought he was a little anxious in the early going wanting to lead in a field of giants. I know that he could handle whatever pace the elite runners tried to set up but 4:41 was a bit fast on a slow track. Davis ended up falling back just before two miles and could not recover. He admitted to slowing down to gather himself from a side cramp. Sometimes unfortunate circumstances happen when you least expect it. Although he was disappointed he will have one more race to redeem himself. Watch out for big John next weekend in San Diego for the Footlocker final.

Lyons Township was a distant team for much of the season instate much less the nation. The Lions went on to place second in the 3A state championship and then third at the NXN MW Championship. There were some nerves leading up to selection Saturday last weekend. When the final call came in Lyons were ready to pack their bags for Portland. The WSC Silver mates represented themselves well finishing a very good ninth. I had tweeted out just after the race that this is a team will improve even more next year with a strong possibility of getting on the podium with four starters coming back. Sophomore Danny Kilrea and junior Vince Zona will be national front runners in 2016.

Earlier in the season Neuqua Valley coach Paul Vandersteen made a profound statement that this version of the Wildcats was among the best he's coached. I was a little surprised to hear that. However, he lost his two top runners simultaneously with Scott Anderson and Connor Horn going down. If those had been able to race together throughout the season, we could have talked about a top five finish on Saturday. So it appears that Vandersteen was correct in his assessment. As it were, the Wildcats finished 19th using a 23 second split. Not having a true front runner hurt the team's placement.

Grayslake Central Jack Aho placed 53rd in 15:52. Aho appeared to enjoy the festivities at Nike and the learning experience of competing against elite runner. Look for Aho to have a monster track season.

York Sophomore Charlie Kern Jr. finished 126th in his first national race. His father and coach Charlie Kern Sr. was proud of his yearling. "It was a tough day for Charlie, he was hoping for a much better result," Kern Sr. said. "He gave everything at the regional meet in qualifying. Today he went to the well and found it was nearly empty. He positioned himself well by the halfway point, but could not make his usual push and struggled the rest of the way."