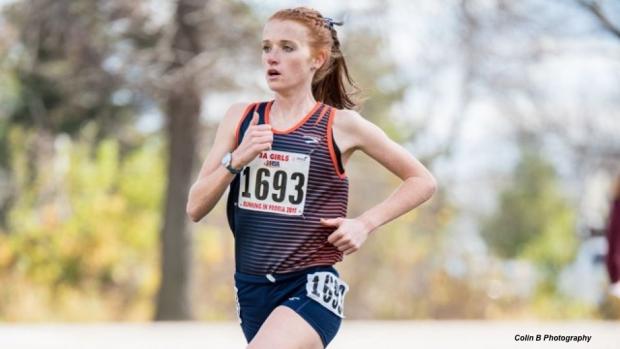 Judy Pendergast is the real deal, but can she lead her Naperville North girls to another NXN berth? The No. 6 ranked Huskies will look to redeem themselves after placing a close second to bubble team Minooka at the Illinois Class 3A State Championship last weekend, 147 to 130 points. The two teams match up very closely, but in a large-scale race like this, Naperville should get the upper hand with an automatic low-stick in Pendergast.

Pendergast has run well all season, but her record-setting 15:53.8 run at the state meet made her a national contender. She is the individual favorite here, though Lindsey Payne (runner-up at state in 16:15) will make her work for it, as will Class 1A state champion Anna Sophia Keller, who clocked a solo 16:21 at state for the third-fastest time of the day and has never lost a cross country race to an Illinois girl.

Keller was third in the region last year and is the No. 2 returner behind defending champion Sarah Kettel of Michigan, who has won her past four races after losing a few early season battles. Fellow Michigander Madison Troy is on a hot streak and enters after clocking the fastest time of the day (17:28.2) at the state meet. The sophomore has not raced out of state before and is an 'X' factor here.

Defending team champions Carmel is back and ranked No. 7 in the nation. The Greyhounds may or may not win again, but they certainly look poised to make their sixth consecutive NXN appearance - especially after racing to a dominant 70-point victory at the Indiana state meet. The change-maker for Carmel is standout Sarah Leinheiser, who has emerged as a leader in her junior year after racing as consistent No. 6 last year. She recently clocked 17:22 at Semi-State for the second-fastest 5K in Indiana state history behind only two-time Foot Locker champion Anna Rohrer.

Not to be overlooked in team standings is Centerville of Ohio, currently ranked No. 10 and fresh off a state meet title. Leader Lainey Studebaker is arguably the top cross country runner in the state and has dipped into the 17:30s for 5K on two occasions. The only blemish on their resume is a six-point loss to No. 9 Shenendehowa of New York at the McQuaid Invitational in early October.