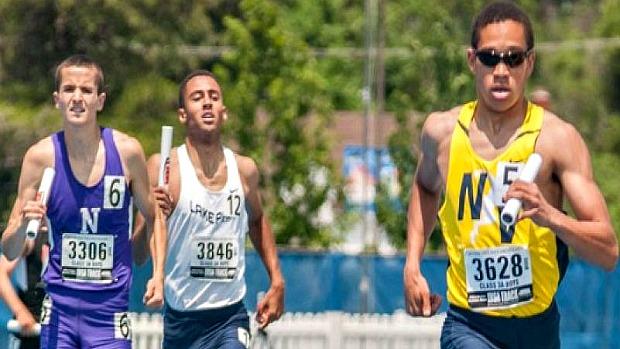 Ty Moss of Neuqua Valley will look to stretch the competition at DGS in several relay choirs.

The 12th Annual Mustangs Relays has become a sort of rites of passage for Illinois teams seeking to run fast times. The annual event held now inside North Central College's cozy Al Carius Field House is sure to put the smack down on rankings, leaderboards, and team's season best. In addition, the state of Illinois will the center of attention with this ultra competitive meet. The national relay rankings as well will no doubt be transformed come Tuesday morning.

There are only three events in the winner take all sweepstakes: 4x800, 4x200, 4x400. So it's a must that every team put their best units on the track. For some schools, the plan is to get into the Illinois Top Times top 12 invite list. But for some others it may be running for a school record before saying sayonara to the indoor season.

Let's take a look at the action for Monday evening:

Outlook: This could be a preview of what is to come several months down the road at the state championship. The state leader Lyons Twp. has to be considered one of the elites in this field after two very good performances in the early going. Lyons has had some stiff competition with the likes of Cahokia and Barrington at the Valentine Relays and Proviso West 50th Annual Invite. Now
the major test will come in the form of a completely stacked field. Senior Alex Lima will indeed need his supporting cast to step up and put him in position to win. Defending state champion Naperville (Neuqua Valley) will have a tremendous line-up anchored by the finest middle-distance runner in the state in Ty Moss. Moss has not run any type of 800m yet but he has the #1 mark in the 600m (1:22.76). The University of Nebraska bound Moss can close out a race with the best of them as his 49-point 400m speed indicates.
Orland Park (Sandburg) will have two teams entered showing off their depth. The Eagles "A" squad is listed at 8:05 which suggests they may mix and match a few parts. One team to watch for here is Glen Ellyn (Glenbard West). The Hilltoppers are the only team in the field with all four starters back from last year. They of course have not run at full strength yet but they should be ready to roll. Lane Tech comes in as a work in progress after producing a fine relay season a year ago. The Indians have two important ingredients in Pavlo Hutsalyuk and Christian Badillo. In order to stay
among the class of the field, Lane will need a nice set up from their lead off leg. The same will go for Downers Grove North who could win this race. The Trojans are deep with Ryan Clevenger and Jack Diamond. Overall, this race is going to be fast and after Monday night the leaderboard should be transformed in a major way. 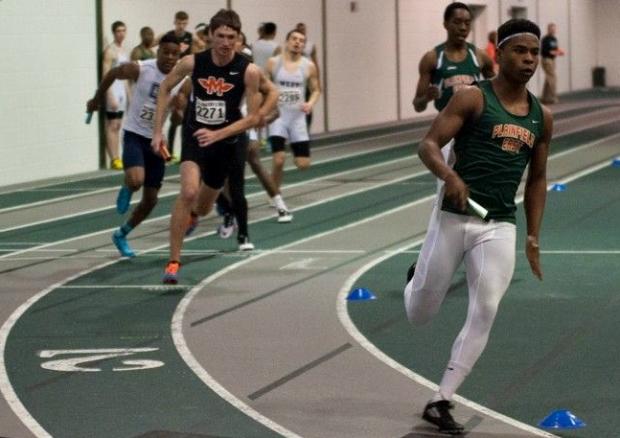 Outlook: Every year the championship field is hyped to the max and almost every time something in the form of bad stick play or dangerous transition sprinting and bumping deters a really good outcome. Maybe for once we will see a fast and safe race from the field. Plainfield East comes in with the fastest time in the state at 1:30.42. Leader Prince Smith is back with three of his mates and they are focused after a not-so-good finish to their season last May in Charleston. The Bengals have a top 30 mark in the nation and by the end of the evening they could be new meet record holders. We also could see the first team under 1:30 on the fast North Central College mondo track. Bloom Twp. and Minooka have good personnel of their own. Both of these two teams have big plans to overthrow the Bengals. So let's hope we all see a few fast marks Monday evening.

Outlook: There is not much to comment about here... the meet record could be challenged by Neuqua Valley if they run their race horses Ty Moss and Zac Espinosa. The Wildcats are definitely the favorites but the event should be a quality affair all the way around if the seeds hold true. Besides everyone loves the showstopper no matter who is in the race. 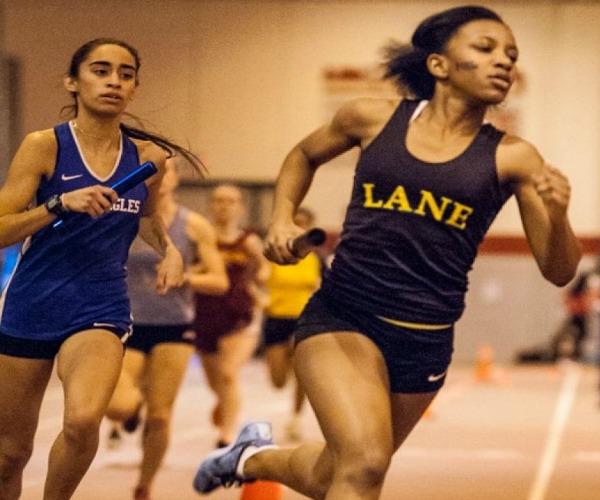 Outlook: Lane Tech is still holding on to the lead spot but it may be gone after Monday night
as a few of the traditional powers are expected to be locked and loaded. Downers Grove North is
a key team here to watch out for and be concerned about. The Trojans return three legs back from a team that placed fourth in the state meet a year ago. Yorkville is just starting to wake up from their winter slumber and will the elusive Skyler Bollinger to get things started. The Lady Foxes could lead off with Alexis Grandys as well. Either way they have to be considered armed and dangerous. A betting person could not go wrong with Minooka. The Indians has welcomed the emergence of Ashleigh Wilson over the past eight months. She is a converted 400m runner who likes to start fast. Traditional powers Lyons Twp and Hoffman Estates will present issues for sure. But back to Lane Tech. The Indians like to start aggressively and put pressure on its opponents. The one to do that could be Imani Davis. Davis is anything but conservative in the lead off role. She has a trusty new teammate by the name of Maddie Monticello to back her claim. Monticello is an elite club soccer player who has run step for step with Davis in practice. So those out there be prepared for a swift overall race.

Outlook: The seed time that Lincoln-Way East has entered is justified even though they haven't run it. The Griffins happen to be the current meet record holders. As a matter of fact they hold 3 of the top 10 times including the top 2. They have also cracked the 1:40 mark several times in recent time. It will be interesting to see how fast they can go without state leader Homewood-Flossmoor in attendance. The Vikings have opted to not compete because of a scheduling conflict. They are instead headed to the Big Apple to compete in the New Balance Indoor Nationals this weekend. This may seem like an alibi to some but it won't matter to the teams that line up Monday evening in Naperville.
Whitney Young has a new freshman standout named Amira Young. She has been bubbling underneath the surface for several years now. Perhaps, she will show out even more for the Dolphins on anchor. 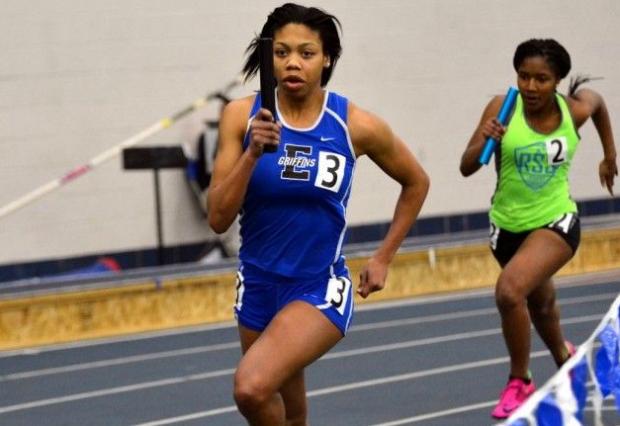 Outlook: Lincoln-Way East is clearly the favorite here despite running their blazing time on an oversized oval at the University of Kentucky. The Griffins have a dominate trio in Asia Brown, Alolade Ayoola, and Alexis Pierre-Antoine. Oversized track or not the meet record is toast if they decide to gun for it. Lane Tech is IL#2 and should be a top three finisher along with St. Charles East and Minooka.