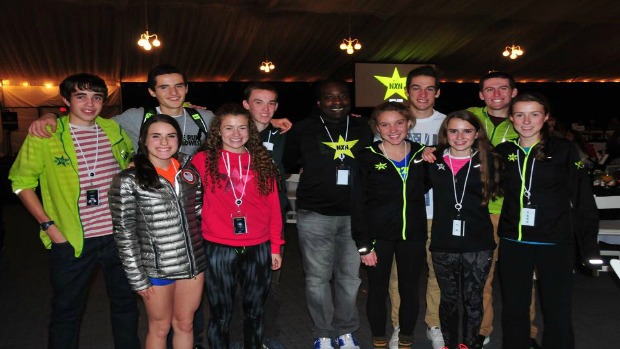 Arguably the best time of the year for cross country is December. December is the month of which some of the best individuals and teams in the nation were rewarded for their hard efforts and dedication to the sport. NIKE of course went out of their way in making sure each kid had the weekend of their running lives…
Day #1:  Wednesday, December 3rd travel day-
The East coast teams and in particular the squads from New York and New Jersey arrived in Portland a day earlier than everyone else. The reason being is the notion that a three-hour time difference from the east coast to the west coast is significant enough to throw one's body clock out of whack. Think about it, the normal 7 pm dinner time in Portland is 10 pm in New York City. That would feel awkward for anyone and most certainly for a group of teenagers.
My flight was originally scheduled to depart from Midway Airport at 9:15a. As I was leaving my home at 6:30a I received a text alert from Delta Airlines stating my flight was delayed one hour. No big deal.  At 7a, I received another alert indicating my flight status was cancelled and re-booked for 3:00p. Now I was steamed. The plane had mechanical problems and could not be fixed. I returned home to take a nap for a few hours.
Finally at 3p we were able to depart and move on to Minneapolis, MN where I would later be connected to Portland. Once I landed in Minneapolis, I met up with NXN MW meet director and fellow Indiana State University alum Geoff Wayton. Coach Wayton was not feeling well and not in a good mood after sitting in the airport for most of the day. “Man, I am pissed at Delta… they suck,” he said. I was feeling the same way after my ordeal. We finally got to Portland at 7:30p Pacific Time. My good friend Victor Gonzalez was already there to pick us up. It’s always good to a few friends in every city who will come to your aid I thought to myself. Wayton and I could have taken the athlete’s shuttle to the hotel but we were already weary and cranky from the long journey. 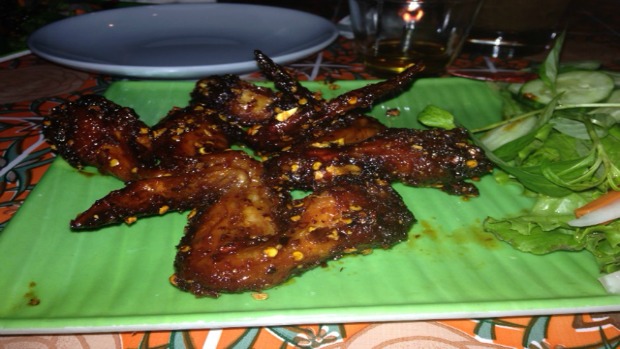 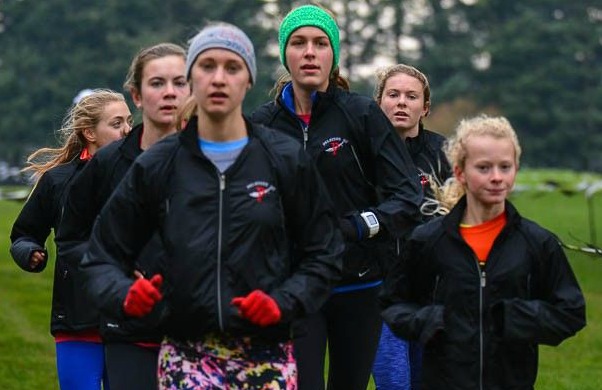 Palatine Girls team off and running on their pre-meet prep (MileSplit photo)
Day #3: Friday, December 5th Pre-meet day-
Friday morning started with breakfast at 6:30a for most of the runners. I told my team to be ready to board the charter by 8:30a despite the team to depart would not start until 9a. They were all ready to go on time and they all had eaten breakfast. I was very pleased with their compliance. It took about 45 minutes to reach the Glendoveer Golf Course because of traffic. The journey was a pleasant one because we drove through the heart of downtown Portland. It was partly sunny and the skyline was absolutely beautiful and if you looked hard enough you can see Mount Hood and Mount St. Helena off in opposite directions.
We reached Glendoveer and immediately went inside to the athlete village to explore the digs. Undoubtedly it was a million times better than the smelly and nasty Portland Meadows grandstands. After spending 25 minutes or so getting comfortable the meet and course directors gave us a visual tour of Glendoveer. The athletes were able to go and do their respective runs on the gator path. They were not allowed to run directly on the race course in order to keep it preserved for Saturday.  I walked the course to get a mental picture for where I want to position myself on race day. In addition, I was collecting notes for the evening’s meeting. We spent about an hour on and off of Glendoveer before departing back to the hotel. We ate bagged lunches enroute to the Embassy Suites.
The athletes had several hours to unwind back at the hotel before getting ready to head back to TWC for the evening. The hotel had a game room stocked with snacks, music, and drinks to the delight of anyone who wanted to partake. There was also a swimming pool and whirlpool at one’s disposal. I took an opportunity to catch a quick nap and watch some TV before preparing for another long evening at TWC.
Several of my athletes such as Jesse, Matt, Sarah Kettel (Jr., Capital Home School, MI), Rachel Bonner (Sr., Port Huron, MI), and Anna Sophia wanted to get exchange their product. Although the line was long it was no problem in getting their issues resolved. I’ve coached girls exclusively in the past so I know that happy girls often result in happy results.
The kids once again used the time wisely inside TWC and on campus to get to know one another. I thoroughly enjoy watching kids from all backgrounds and from all corners of the country coming together as one. Sports can bridge differences as well as bring together similarities better than any other entity.
The downtime at TWC was also taken advantage of by Troy, Kyle, and I. We attended the elite athlete Q & A session. Let me tell you this: it was awesome! The hour long session featured Alexa Efraimson, Chris Derrick, Evan Jager, Mary Cain, and Galen Rupp. The athletes answered a series of questions posed by athletes and coaches in the crowd. There were many questions belted out but the one that caught me was the cooking one posed to the group. CD appeared to be a master chef and his housemate Evan Jager seemed to agree. I’m a big fan of pancakes and I will try and sample some of his cooking in the future.
The final session of the day was dinner and it was much better than the previous night. I love pasta and nobody makes pasta with meat balls better than the Nike chefs… well maybe my wife. Dinner was great and I washed it down with mineral water and cranberry juice. My group enjoyed dinner as well.
The evening came to an end with a team meeting in the commons. I met with the girls first and handed out their custom made uniforms and hip numbers. I did not have their timing chips though. They would get them in the morning. I gave each of the young ladies a pep speech. I told them how happy I was of them and I wished them well. They are all champions regardless of the final outcome on Saturday. They presented me with a personalized hand written note thanking me for my duties as a manager to them. I was completely taken aback and honored. Wow…
The same speech was given to the boys and they appeared to be focused and ready to roll. Jesse and I spoke afterwards and he was well aware of the media hype surrounding the race. We briefly spoke of his health. He was not 100% but he did not want to focus on that. “I am going to give it my best shot,” he said. This is all you can ask of an athlete. He will play a factor in the race tomorrow morning. 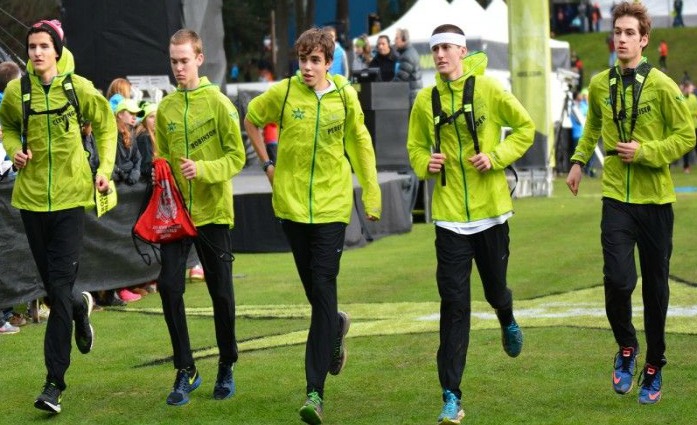 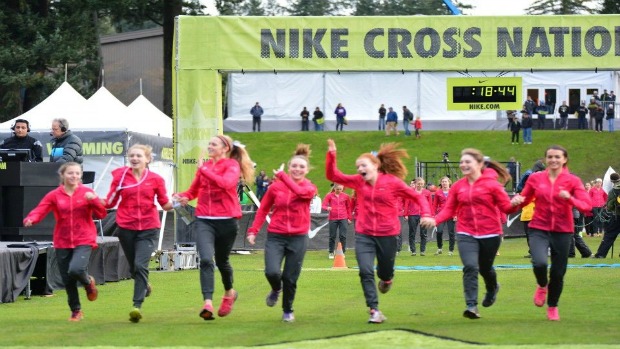