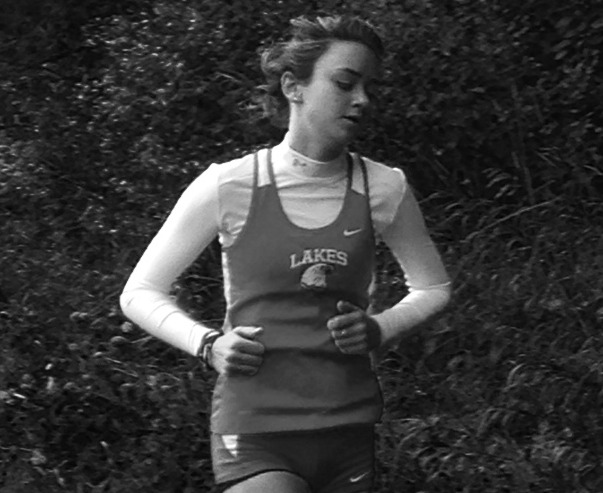 Wheeling Invitational kicks off “Quiet Storm” Weekend
The million dollar question is “What does Allstate have to do with cross country in Illinois?” The obvious answer to most would be ‘finishing in the top 25 at the state championship.’  It would be the perfect answer except this weekend belongs to Allstate Insurance Company and Wheeling High School.  The insurance conglomerate hails as the third largest personal lines insurer in the United States.
The sprawling Allstate campus that is nestled in Northbrook’s corporate mall is a sight for good eyes and surprisingly there is enough green land to host a legitimate cross country meet. Wheeling has used the generous land for a few years now and the competition can play either side of the fence in terms of competitiveness.
The races begin at 9am with the girls preceding the boys.
Boys key teams-
#5 Winnetka (New Trier), #13 Arlington Heights (Hersey), #20 Park Ridge (Maine South), #22 Barrington, Huntley, Wheeling, Lake Zurich, Highland Park; 2A: #6 Belvidere North
-It is unknown what most of the teams fielded are going to do in terms of competing but New Trier head coach Dave Wisner simply stated “yes” when asked if he were fielding his emerging but always dangerous squad.  New Trier has spent most of the season nursing key runners such as senior Luke Duros and Om Kanwar back to health that any quality affair has to be used wisely. Besides this field may be stronger than next weekend’s Central Suburban League South conference meet.
If Hersey fields their “A” team things should get interesting. Hersey didn’t perform at their best last time out in a big meet; that meeting being the Palatine Invite where the Huskies finished 13th.  New Trier placed third in the same meet. The Trevians lead senior Josh Rosenkranz into battle as the main man, but it’s the team’s strong 1-5 running that will get the job done.  Hersey on the other hand will have senior standout David Rodriguez at their disposal if need be. One runner of note that may be ready to re-enter the ranks is Grant Von der lippe. The mainstay senior has been out of action for the majority of the season with a leg injury. The timing could not be as perfect as now if he were called into action with the Mid-Suburban League meet one week away.
Look for a surging Belvidere North to continue its climb back among the elite 2A ranks. The Blue Thunder have not been this good since 2011. That is the last time they won a state championship. They will have their hands full with the likes of Maine South, Huntley, and host Wheeling.  Don’t forget that Barrington is the defending meet champions.
Individually, we could see a very good race with the likes of Matt Pereira (So., Lake Zurich), Keagan Smith (Jr., Huntley), Eryk Yunk (Jr., Belvidere North), Ben Casey (Sr., Highland Park), and others. Pereira has been solid this season with a personal best 14:46. He is still due for that extraordinary race considering what he accomplished as a freshman busting 9:12/4:15 (mile) on the track. Smith has been running well this season outputting 14:46 in finishing second to arguably the state’s top runner in Jesse Reiser (Sr., McHenry). If Rozenkranz, Rodriguez, Henry Mierzwa (Sr., Maine South), and Casey is entered, this could be one of the hottest races outside of the Peoria series and Palatine Invite.
Girls key teams-
#5 Winnetka (New Trier) [JV squad], #11 Barrington, #23 Fox Lake (Grant), #24 Lake Zurich, Libertyville; 2A: #3 Lake Forest, #4 Vernon Hills, #15 Lake Villa (Lakes)
-New Trier is not slated to run any of their top seven in this affair. If so, look for Barrington to get in one more quality race before the MSL.  The defending meet champions will do more than just tune up for their big next test next weekend against the likes of Palatine, Schaumburg, and Fremd. This one is about bragging rights in the northwest suburbs. Junior Lauren Conroy and freshman Jocelyn Long have led the way for the Fillies this season. Barrington is a strong team with the potential to go a long way in the state series.
Grant has been one of the surprise teams this year with several invite wins, but the biggest performance for the Lady Bulldogs is the 8th place finish at the Richard Spring Invitational in Peoria. They prevailed over Lake Zurich and Lakes in that hotly contested meet. Junior Madison Romig will lead her team’s charge. She ran 18:27 at Detweiller that led to a 1:17 scoring charge.  Sophomore Lauren Troemel can be trouble as well.
Lake Forest, Vernon Hills, and Lakes will all be in next month’s incredibly deep Kaneland Sectional. So look out for the battle from some the premier teams in Class 2A.
Schardt will duel against Vivian Overbeck (Jr., Vernon Hills), Kaitlyn Ko (Jr., Buffalo Grove), Conroy, Long, Romig, and others in what should be an exciting race.
-----------------------------------------------------------------------------------------------------------------------------------------------------------------------------------------------------------------------------
NIKE will once again sponsor the North Side/South Side Challenge on the streets of Chicago. On the boys’ side, Neuqua Valley will more than likely be the favorite with a mixed line-up. This will be the Wildcats third meet in ten days. Defending champion Lane Tech will compete for the first time in nearly a month. The Indians have been in the lab trying to correct some scoring split issues that have plagued them so far this season.  Also keep an eye out for senior Graham Brown and Palatine. The Pirates are always a dangerous team. The girls take will be interesting with Palatine running a mostly senior squad. They will split squads between NIKE and Metamora for the weekend. Lane Tech and Maggie Schoelle (So.) will have a serious say in the team outcome.
Jimmy Daniels Rich Central Invite, West Aurora Stampede, Sterling, and Benet Academy will contest affairs this weekend.
The Chicago Whitney boys team will travel out of state to compete in the state of Washington at the ultra- competitive Richland Invitational. Perennial power North Central will be in attendance
Tweets by MilesplitIL