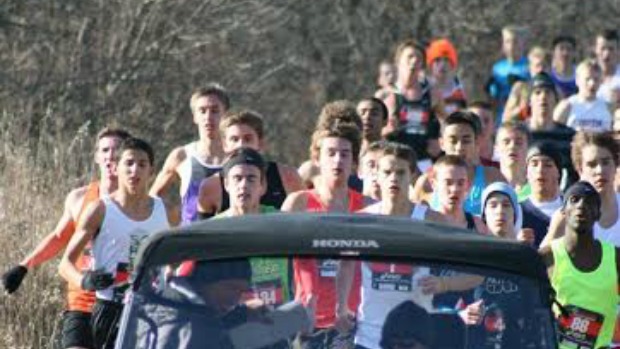 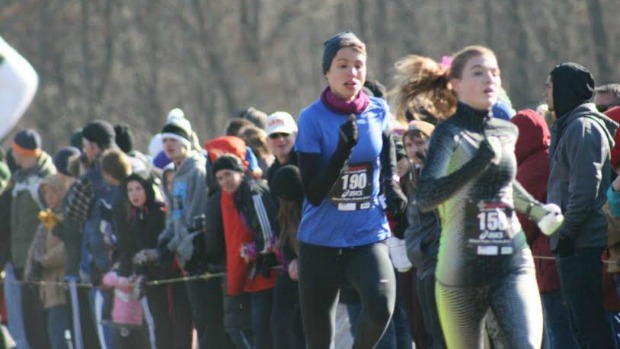 The girl’s race started out well for the flock of Illinois girls who finished third in the “team” standings among the participating 11 states.  The pace of the race went out very reasonably with the first mile hitting 5:35.  Struck and Perez were among the flock that stayed in contention for two miles.  Struck was several seconds off the pace at 2m in 11:19 and Perez was 11:23.  Admittedly it was difficult to see many common faces among a narrow path that pushed onlookers into the weeds… and then the pace ATV blowing up dust didn’t help matters.
The Indiana State champion Kelcy Welch (Sr., Carmel) overcame the majority leader Stephanie Jenks (So., Aurora, IA) and pre-race favorite Taylor Werner (So., Ste. Genevieve, MO) in the final half-mile to win in 17:34. Struck ran 17:52 compared to Perez’s 18:17.
Tactical affair plays into Reiser’s and Perrier’s plans- 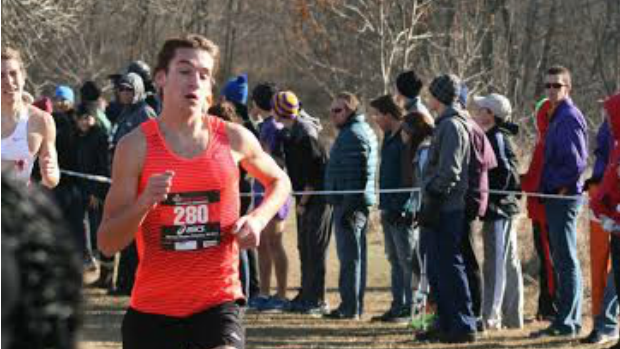 The boy’s race was just as action packed as the girls despite starting out like a snail. Perrier attempted to down play the initial pace by stating the opening kilometer was competitive before calming down.  It was hard to believe the first mile was 4:57.  The slow pace could have been disastrous and possibly dangerous for many of the pre-game players.  Perrier for one is a pace setter but due to tendinitis in his right ankle he felt it was better to play it safe in the early going.   The pace was slightly faster in the second mile only because it was a gradual downhill.  At 2m, Perrier and Reiser were among a pack of two dozen runners that crossed in 9:48-53.  They both looked like they were in total control of their tempo.  Smith, Hess, Carpenter, and a few other stateside harriers were nestled among the blob.
And just like the girls, the boys only separated late in the final mile.  Grand Blanc, MI junior Grant Fisher pulled away late with a quarter-mile to go to win in 15:02 (14:30 at the 3m post). He won by seven seconds over senior Addison Dehaven of Brookings, SD. Reiser closed well in 15:11.  Perrier cruised home in 15:15 to secure his spot. "There have been guys that finished eighth in this race and go on to finish eighth in the nation," said Perrier in reference to his finishing slot.
NXN time for Hinsdale Central- 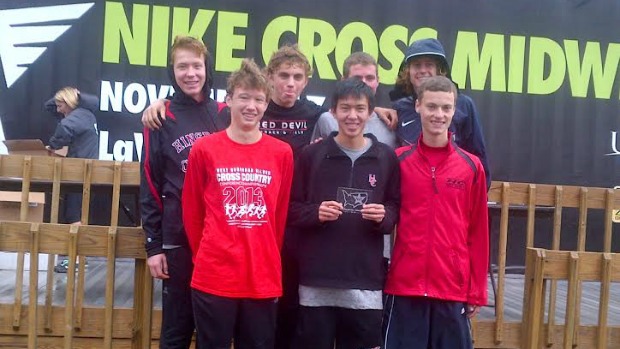 Congratulations to the Hinsdale Central boys team for earning an at-large berth to the Nike Cross Nationals to be held in Portland, OR on Saturday December 7.  The committee unaminously selected the Red Devils among three other teams.  For the 10th straight year a boys team from the state of Illinois will line up and compete in the national meet.  The NXN Championship will be "The Dale's" biggest meet in their program's history.  Watch for Billy Magnesen (Sr.), Kevin Huang (Sr.), Blake Evertsen (Fr.), T.J. Caveney (Sr.), Alex Domiano (Jr.), Emmett Scully (Sr.), and Matt McBrien (Jr.) to toe the line.
Tweets by MilesplitIL