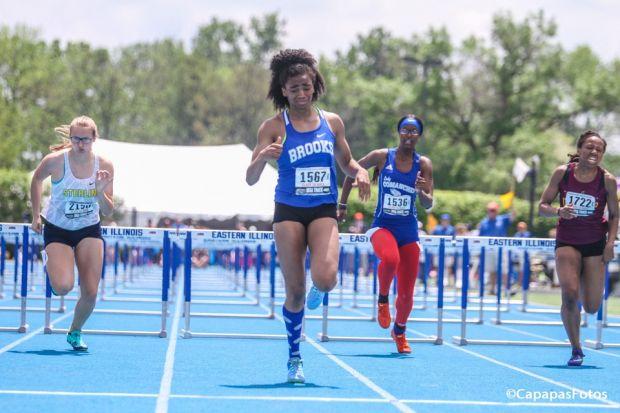 It is the end of an era as Imani Carothers leaves as one of the best ever
100HH-
2018 State Champion: Imani Carothers (Chicago Brooks) 14.19 [-1.1]
Key returners: Emelia Ness (Jr., Monticello) Samantha Hibbard (Sr., Sterling), N'dia Jackson (Sr., Springfield Southeast), Brooke Barkocy (So., Burlington Central), Alyssa Dolan (Sr., Plano)
Season Outlook: One of the best short hurdlers in state history has finally graduated. Imani Carothers had a stranglehold on this event for the majority of her career. In fact, she won four straight state titles and helped elevate an event that once was on its death bed. The next crop will be hard pressed to match what has taken place. But the foundation is there. Emelia Ness, who took third in the state, now has the mantle for the next two seasons. Her best time of 14.71 will come down considerably as she learns to hurdle faster.
Tweets by MilesplitIL