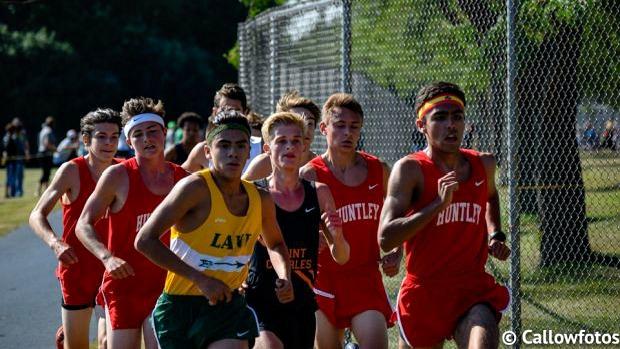 The scoop: 'Tis the season that cross country is shaping into. We are about approximately three weeks into the official IHSA calendar and the main task for meet managers is having the ability to adjust. This time the adjustment will be to sidestep some expected inclement weather. Once again the Chicagoland area is supposed to see some heavy rain. Lake Park meet management has decided to switch the varsity races to the beginning in an attempt to avoid cancelation.

Glenbard West junior Katelynne Hart will begin her 2018 invitational season as the defending champion. Last year Hart busted the competition and meet record in a personal best 16:08. It was a moment that triggered the Hilltoppers to go 1,2,3 in winning with ease over WSC Silver comrades York 45-83. With five of their top seven harriers back, it will be hard to bet against them. York is a viable team in their own right being a state level team for years on end. Top runner senior Sarah May is ready to lead the charge and hopefully top Glenbard West. If either of these teams falls back, look for the pack running Prospect Knights to swoop in. They took third in the sweepstakes last year.

No one, of course, will challenge Hart and teammate senior Katie Hohe for the race to the tape. It would be cool to see Hart pace her team for the majority of the race to keep things interesting. But don't count on it though.

The boys varsity raced was marred in error last year because of a faulty timing system. If all is well this time around look for Huntley and St. Charles East to battle for the first place trophy. Both teams have top notch veteran runners they can look up to. The Red Raiders return defending champion senior Jadon Conroy as well as junior Ian Geisler. The Saints on the other hand with juniors Aidan King and Bob Liking. Keeping their scorers close will be a must. Chicago Public School powers Lane Tech and Jones also have strong pack runners. It will be essential for the Indians and Eagles to maintain contact with the aforementioned teams.