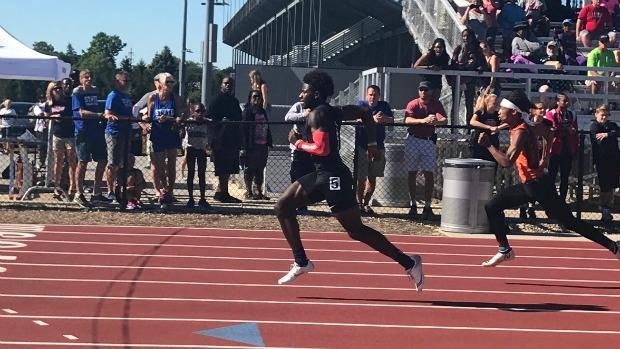 The next to the last voyage to the national championship took place in Muncie, Indiana. The site was the Briner Sports Complex on the campus of Ball State University. Specifically, Region 7 competition pits state association qualifiers from Indiana and Illinois come together and vie for top five berths to North Carolina at end of the month.

The first two days of competition consisted mainly of multi-events (Decathlon and Heptathlon) before shifting to the traditional all-age track & field events that encompassed the weekend.

17-18 Girls 200: Taylor Gilling (Highland Park HS/TNT) rocked the crowd with a sensational 23.82 (0.0). She commanded the lead the entire time against Tina Martin (Decatur Eisenhower) 24.01. Gilling adds her name into the all-time list as well as a new state #1.