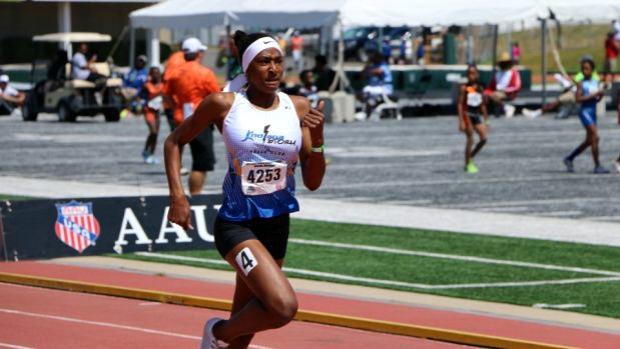 Indiana and Illinois may as well be first cousins. The bordering states share a ton of similarities between them, are sports. Track and field at the "pure" amateur level is one of those sports. This weekend at Warren Central High School the temperatures are expected to be in the 90s with high humidity. To say the track will be baking is an understatement. The action is guaranteed to be just as hot in Indianapolis all weekend long.

Rising senior Jailyn Ross of Indy Pike/Indiana Storm TC is ready to advance to the national championship which will be held at Drake Stadium in Des Moines, IA. Ross was one of the top female speedsters during the regular season. She has the top mark in the 17-18 age group.

Janii Jenkins of the Aurora Flyers TC/Warren HS is the girl to watch in the 400. She ran 55.61 during the school season

Sierra Long of the Aurora Flyers TC/Dekalb HS is the second seed in the 400. The Western Illinois University-bound speedster will team with Jenkins in the girls 4x400.

Brandon Adams of the Aurora Flyers TC/Minooka High School was among the best long sprinters in Illinois, earning 2nd place in the 3A championship. Adams is the only competitor under 49 seconds at 48.89 in the boys 17-18 category.