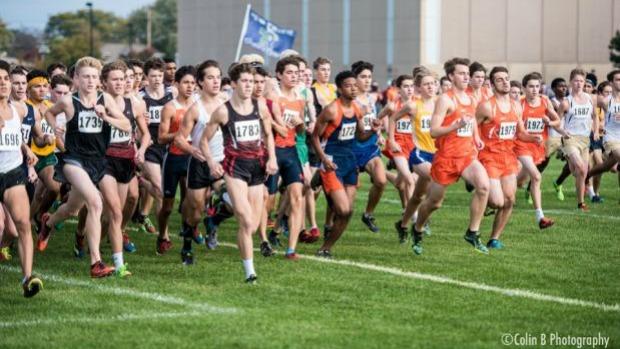 The stampede of the mighty 3A division should be deeper than ever this season. Here are the opening ranked teams:

Outlook: This may be the best team in the Fox Valley Conference which is in the far reaches of the northwest suburbs of Chicago. The leader is the emerging Anthony Hurgoi  who finished 41st last year at state. Hurgoi would go on to have a stellar track season in which he dropped a personal best 9:21.59 in the 3200m. The Chargers return six of their top seven runners from a year ago and with a solid scoring punch they could be a dangerous team.

Geneva, had a strong finish last year with a top 15 finish. They are losing some strong runners, but they have a strong three returning. If they can replace the seniors, they have a good shot at making it down state again.

21. O'Fallon
Head Coach: Jon Burnett
Last year's finish: 21st- State Championship
Key returners: Will VanAlstine (Jr.), Hayden Ybarra (Sr.), Matthew Gilster (Sr.), Lucas Capistrant (Sr.), Garrett Blenkush (Sr.)
Outlook: The loss of the top two which included 800m state champion Chris Conrad (now at U of Missouri) will be felt. However, the return of five state qualifiers will give a warm feeling to O'Fallon cross country fans. Depth and team play will be the keys to success this season. Watch for the Panthers to battle rival Edwardsville and Minooka for the sectional crown in late October.