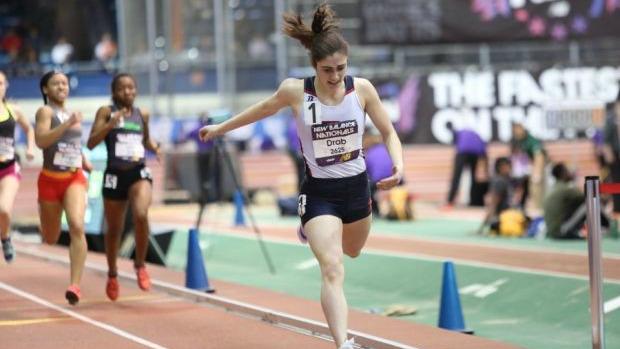 Aside from a few exciting championship races sprinkled among the emerging elite events, it was pretty much a day for track and field's rising high school stars. Illinois' very tiny envoy made its way to upper Manhattan, New York at different times. But the outcomes inside the historic Armory was Grade A.

Elizabeth Drab (Sr., Arlington Heights St. Viator): The goal from Drab all indoor season was to dip under 56 seconds. Drab has been dedicated to her second career- track and field- since the diving season ended in November. Though she will be on the swim team at the University of Connecticut next fall, Drab is making the best of her senior season. Drab decided to compete in the emerging elite section as opposed to the championship version because she signed up to run the Hersey Games at the far away Ocean Breeze facility on Staten Island Friday night. In this one though, It was Drab who put the pressure on the field with an opening 26 second first lap that kept her pursuers at bay. All the while Drab strained and demonstrated severe anguish on her face, but she stretched out lead with long and quick strides. The end result was a section winner and the state's second fast time 55.90 stood up for third overall.... Isaiah Hunter (Sr., Lisle) won his section in 50.54 and placed 18th overall. 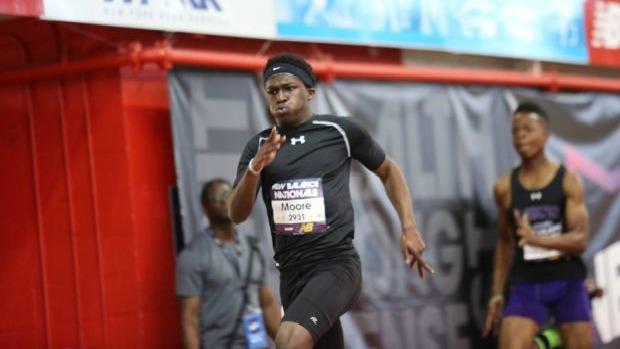 Ron Reed had to endure a lot in his venture to NBNI. Aside from the long and tiring trip it was perhaps the mental anguish of dealing with a sore foot that cast doubts on his ability. However, once the  got inside the Armory those issues went away. Reed won his prelim heat in a personal best 6.95 (tied for IL #3) and advanced to the final. One of his coaches indicated that although he felt strong, his foot began to hurt and needed to get treatment. Several hours later Reed returned for the final. He got out fast and was even halfway through the race, but slowed near the finish line with one final step that appeared to hurt his foot. Reed took last in a respectable 6.97 but he hobbled. "We have to get to the trainer immediately," said his coach of Reed's pain.

Marcellus Moore felt pain as well though his did not come until after the race results were put up on the board. Moore entered into the EE 200 as a way to experience ultimate success in an event that was LOADED at the championship level. Though his 21.95 time was solid, the opportunity for a freshman from Plainfield North may not be as great against a cage of gladiators. The state leader won his prelim in 21.97 and entered the final with the 3rd fastest mark. The championship several hours later did not start well for Moore at all. Moore got a late break from his block start and it would hamper him as he tried to make up ground. He could not and was running haphazardly all over his lane. He initially finished 4th in his section in 21.91... but less than five minutes later he along with two other competitors were DQ'ed for lane violations.

Jenna Diers (Sr., Lincoln Way West) and Arielle Summitt (Jr., Urbana University) are competitors first and became good friends off the track. They actually warmed up together in pursuit of 800 excellence. Diers took to the lead right away leading the charge over the first 400 in 64 seconds and change. On the bell she was 1:39 high but could not speed away from her chasers. Diers locked up with 100 to go as Emoni Coleman of Georgia passed her enroute to the first section win in 2:15.15. Summitt would edge past Diers at the finish line 2:16.07-2:16.21. The marks would be IL #2 and #3 respectively.