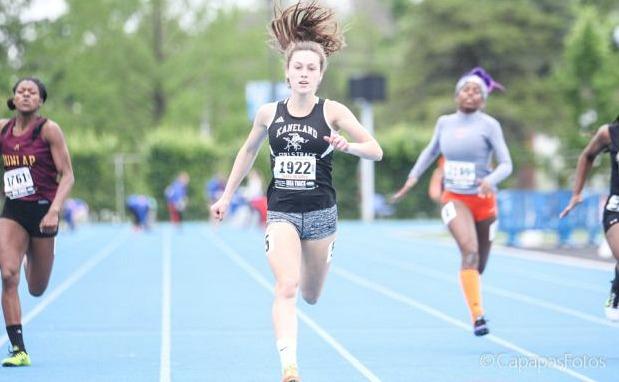 The 100 will be deep this year. Can Nicole Sreenan of Kaneland show and prove this season?

Outlook: Gabrielle  DesRosiers got her coveted state title before heading off to the U of Wisconsin. Still this event will see six all staters returning. A top figure among the haystack is Mariya Hudson. The queen of Cahokia sprintdom is back one more time looking for her crown that she won two seasons ago. Even with a misstep Hudson is still able to hold the fastest time of any girl in the state. As Hudson already knows, it will not be easy getting back on top. Nicole Sreenan is one sprinter who finished ahead of Hudson at state finishing second. When she ran 11.79 in April there were a few question marks regarding the time. But under a deeper inspection of Sreenan's profile, she had placed 8th in the state as a sophomore. So it appears consistency is the main ingredient to success. 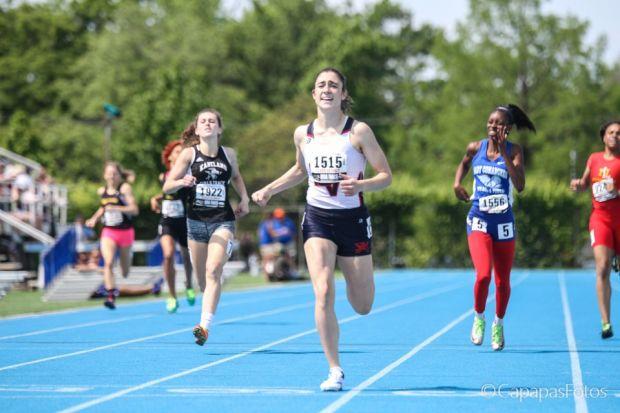 Outlook: Last year was a surprise as a previously unknown Elizabeth Drab stole the spotlight. Drab, who is an elite diver that signed with University of Connecticut, put the entire state on notice. Drab started with a 4th place finish at the Illinois Top Times. It wasn't until the sectional round that being a state title threat was a reality. The end result included victories over Mariya Hudson and Gabby DesRosiers. Though there are only three all-staters back, they happen to be among the elite in Illinois. Hudson finished a lowly 4th because of a leg cramp. Previously, Hudson won the last two state titles and has a personal best 54.79. It is clear when healthy she is equal to any girl in the state. The state runner-up was Nicole Sreenan. Sreenan is capable of running in the 54-55 second range. Because of Sreenan's good range, she has moved around alot in the open events and sprint relays. Look for m 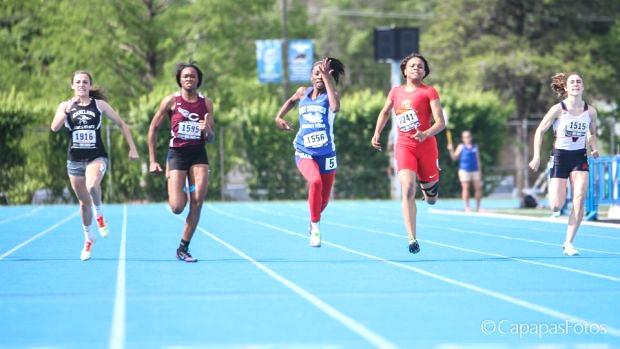 Outlook: Mariya Hudson got the last joke after nearly everyone ruled her out after a tough 400. Hudson stepped up when her team needed her the most. With a state team title in the balance, the Lady Commanches needed snake eyes on their last roll of the game and Hudson delivered! She stormed past a flock of girls over the past 40m to win over Sharon Mainor (Champaign Central) 24.70-24.74. Look for a more determined Hudson who wants to go out with her own legacy. Though there are not many state meet finalists are not back, this event will still be tough as nails. Nicole Sreenan and Elizabeth Drab are two notables that you must be conscious of this season.