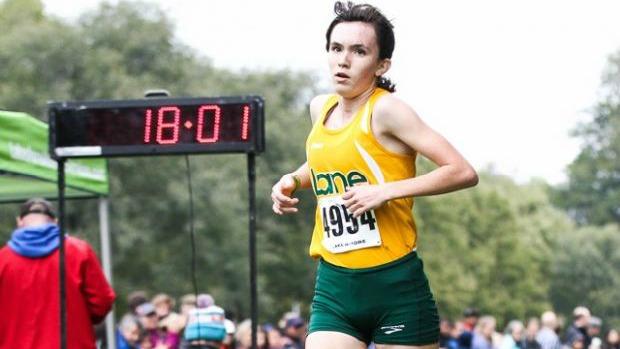 The girls team competition had less flair than the boys. Early on it appeared as though Whitney Young would threaten two-time defending champion 2A #7 Northside Prep. The Lady Dolphins had big numbers for the first mile and change until the Mustangs woke up and took charge of the race. The first to move was junior Sara McCoy. She ran on an island between Lane Tech senior Maggie Scholle and sophomore Maddie King. While McCoy was in chase mode, her teammates began to swallow up the Whitney Young pack. By two miles, it was all Northside Prep. They had the numbers as in six runners among the top 20- more than any other team had with four scorers. The last mile of course was academic as the Mustang scored 47 points ahead of runner up Jones College Prep's 80.

Scholle initially set her sights on breaking her meet record of 17:39 but after a first mile in 5:55 that was a no-go. She would settle in and run a methodical race all alone perhaps thinking winning her third title in a row. Only former Lane star Stephanie Hughes has won more CPL titles. Scholle kept herself and the competition at a big disadvantage. The winning tally for Scholle was 42 seconds over friendly rival McCoy.