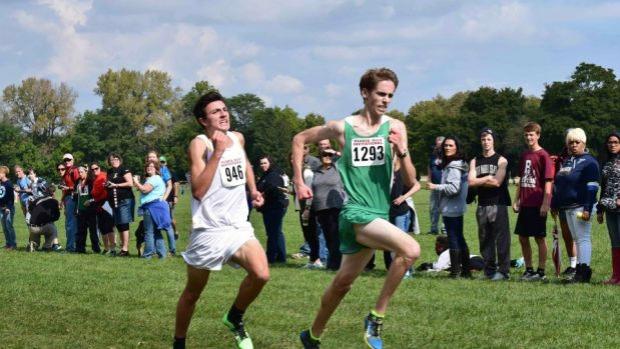 Editor's Note: This is a subjective sneak peek of the upcoming top 25 individuals that will be listed in order after regionals. The final product (premium edition) will include full athlete profiles generated by the computer as well as in-depth thoughts co-signed by MileSplit IL editors.

A. Charlie Kern (Jr.,) Elmhurst (York)
-Kern is the leading returner in 3A and currently has the top 3 mile time in the state, with 14:21 at Peoria Central. His Palatine and Peoria Central invite wins indicate that he is the man to beat this November... that is, until somebody proves they can counter his run-from-behind style. Despite not winning any races by a large margin, Kern's late race ability could make him the favorite.
B. Vince Zona (Sr.,) LaGrange (Lyons)
-Zona has consistently finished at the top of large invites this year: 2nd at Lions Pride, 1st at First to the Finish, and 2nd at two large invites out of state. He typically excels at mid-distance during track but he has really made himself known here in XC this year.
C. Brian Griffith (Sr.,) Lake Zurich
- Griffith won the Richard Spring Invite and finished just tenths of a second from wins at Palatine and Wheeling. He has emerged as the frontrunner for the most top-heavy team in the state, Lake Zurich.
D. Danny Kilrea (Jr.,) LaGrange (Lyons)
-Kilrea has been in lockstep with Zona this year and the two form a very formidable 1-2, one of the best in the country. He beat Zona to win the Culver Academics invitational.
E. Soren Knudsen (Sr.,) Minooka
-Similar to Kern, Knudsen is trending upwards as an individual, with 2nd place finishes at Hornet Red Devil and First to the Finish, and a race win at Naperville Twilight. Knudsen is unlikely to be challenged between now and the state meet.