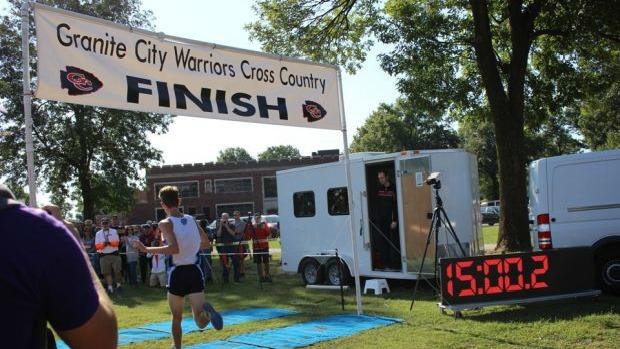 Granite City High School hosted its 43rd annual Invitational Saturday morning, where some of the area's best runners came out to run on the three mile course.  With a boys' and girls' varsity race, a boys' freshman/sophomore race, a girls' JV race, and an open race for both boys and girls, there were over a thousand runners who competed at Wilson Park.

Senior Ben Flowers of Jerseyville defended his winning title from last year, winning the boys' varsity race once again with a time of 15:00.51.  It was a tight field at the finish line after the first place runner; coming in second place, with a time of 15:24.30, was Chris Durr, the senior from Chatham (Glenwood), followed by Zach Young of Marion, running 15:25.15, and then Charlie Parrish of Freeburg who ran 15:27.62.  Close to 250 runners rounded out the field for the boys' varsity race. 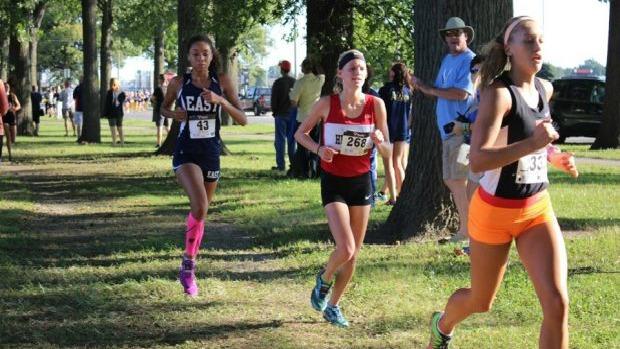 Jenna Schwartz of Waterloo was likely to win the girls' varsity race this year, after placing fourth at last years' invitational as a freshman, behind three seniors.  She took the lead early on and quickly distanced herself from the rest of the field throughout the race, winning with a time of 18:10.13.  Abby Korak was also a sight to see on the Granite City Cross Country course.  The freshman from Edwardsville looked really strong as she worked her way up gradually throughout the race and placed second with a time of 18:34.83.  There were nearly 200 girls that made up the competitive field for the varsity race.

Edwardsville easily placed first as a team, followed by O'Fallon, Freeburg, and then Waterloo.  Three of Edwardsville's runners made up the top ten, earning a team score of 49 points.  The other four runners who counted towards this score, in addition to Abby Korak, were Abby Schrobilgen, Jaycie Hudson, Julianna Determan, and Maddie Miller  O'Fallon also proved they can run strong as a team, managing to get second with a total of 105 points.

The boys' team for O'Fallon high school also had some strong showings. Christopher Conrad placed sixth, while teammate Kyle Dismukes placed eighth. With the addition of Will VanAlstine, Hayden Ybarra, and Joey Black, the team won first place with 91 points. Coming in second for team scores was Chatham (Glenwood), followed by St. Louis University, Edwardsville, and then Freeburg.