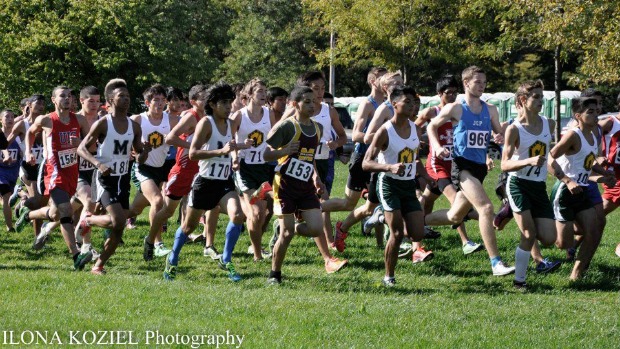 On a cool but sunny Saturday morning that was fitting for a cross country festival, it would be the Chicago Public League Championship that would make its presence known on the grounds of southern section of Washington Park. 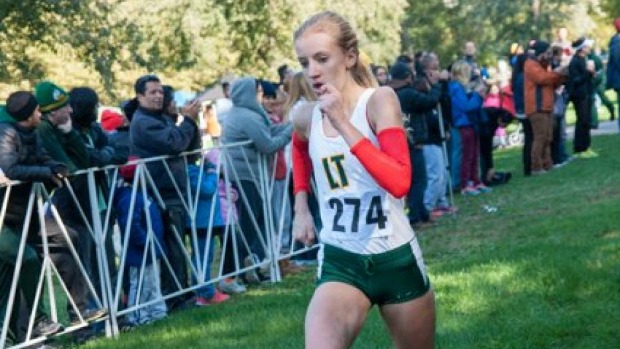 The girls started the action with a vengeance as they had numbers up top with Lane Tech senior Joanna Podosek and freshman Maggie Scholle pushing the pace.  In between them was junior Madison Weatherly of Northside Prep.  Since the race was stalled by an unimpressive first mile in 5:58, there were other runners lurking around for the kill.

Podosek opened up a little daylight around the 2k mark with Weatherly and Scholle chasing. The breakaway task didn’t last long as Scholle put on her own surge moments before the 2m mark leading by two seconds over Podosek 12:20-12:22. Weatherly was still in range about a second back.  The team race ensued more than 20 seconds further back and it appeared as though Lane was having its way with the field.

The final moments of the race was academic for the Lady Indians who saw Podosek breeze home to victory for a second year in a row.  She ran three seconds slower than last year’s winning effort in 18:25 but this victory was with more conviction as she taught her young teammate Scholle a lesson on how to finish out a race.  Scholle ran a solid 18:30 for second and a considerable distance in front of Weatherly’s 18:37. Margaret Zahara of Whitney Young took fourth in 19:04.  Lane newcomer Roisin Mulkerrins rounded out the fifth spot in 19:12. 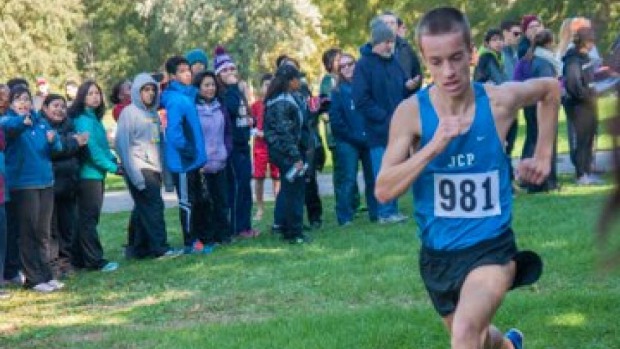 The boys finally got their turn to race after nearly an hour delay due to meet management issues.  The start was similar to the girls in that no one wanted to go out and assert themselves with an aggressive pace to separate the competitors from the pretenders.

Hutsalyuk continued to lead the field as they emerged from the east end of the park and back out into the main portion of the landscape.  However, just like last year, Jones Prep had something up their sleeves and at a minute’s notice Schaible took off in the fashionable "Jones breakaway."  Schaible ran clear of the field at this point and was on his way to a victory if no one went with him.

Schaible indicated after the race that the opening pace was comfortable as he sat on Lane’s pack for the first mile. He hit the second mile in 10:07 followed by Tahiraj and Kurdieh. Maloney was a step behind them- all around 10:15.  Lane did not deter from their season long winning formula as Vara, Schmieg, Hutsalyuk, and Lorenzana followed in a close stream.  The team race was essentially over if the Indians could hang on for the last mile.

•    MSL: #3 Arlington Heights (Hersey) boys roll to MSL title over #15 Palatine 50-82. Hoffman Estates (Conant) junior Zach Dale ran one of the fastest times in meet history as he dusted the field with a smoking 14:26 mark; #2 Palatine girls won another league title but this one was rather easy as the Lady Pirates crushed #15 Barrington 43-106; Kaitlyn Ko (So., Buffalo Grove) won her first title in 17:07.

•    Chicago Catholic League: Chicago (St. Ignatius) sophomore Daniel Santino won the individual title in 15:03 but his #13 Wolfpack team had to settle for second place to #16 Wilmette (Loyola Academy) who won 34-38.  The Ramblers 34 second scoring split was the difference in the race.

•    Southwest Conference: #4 O’Fallon endured another tough battle against #24 Edwardsville but prevailed 27-29; O’Fallon superstar senior Patrick Perrier emerged from hiding to win in 14:45; #7 girls completed a fine day for the Panthers family scoring a scant 21 points for the easy championship.

•    CSL: Maine South senior Jack Carpenter won the individual title but #8 New Trier took the crown 33-61 over the #17 Hawks; junior Mimi Smith wasted little time in winning the title for her Lady Trevians in 17:01 at Niles West HS. Indeed her #3 New Trier team ran away with the gold plaque scoring a near perfect 19 points.