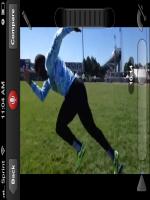 Illinois MileSplit Presents Flashback Friday: 2014 Girl...
Ebony McClendon of Chicago Brooks used the Illinois Top Times meet to show off and strut herself to brand new heights. The outcome of the 60m title was a new meet record and US#4 7.46 clocking....

The Forecast Of Cahokia's First 2A Girls State Title Be...
Coming into the state finals very people mentioned the name Cahokia unless it referred to the boy’s team. Even in years when the Lady Comanches had trophy type teams. Well all of that changed on lat...

Chicago Public League Co-Ed Championship Gets Top Billi...
A new track surface, a few familiar faces, and a new attitude greeted one of the best track and field meets of the season in Illinois Saturday afternoon on the west side of Chicago at the dank but his...

Chicago Public League Kicks Off Conference Championship...
The upcoming Ninth Annual Chicago Public Schools Co-Ed Track and Field Championships may be one of the best and most competitive meets since the inception back in 2006. The preliminary meet will begin...