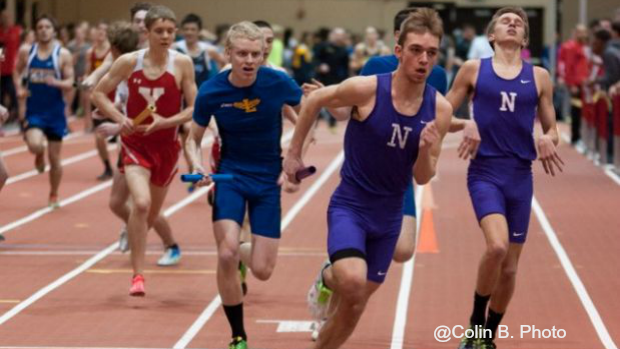 Brotherhood was a term that was coined and used quite often on my high school team to emphasize the equality in the importance of each person as much if not more than the importance of oneself. Each person on the team was of equal importance to the others. I remember in high school we had forty guys on our team and during each meeting, our coaches would always be reminding us, that EVERYONE matters from number one to forty. Everyone played a role on a team and each role was valuable to the whole of the team. Throughout this article, I am going to explore the brotherhood and overall culture of a team, stemming from four different key points that I have learned throughout high school and collegiate running. This is not a crash course to get your team success because, to be honest, this article isn't about finding more success on the course or dropping your times...but something much bigger, the relationships that you could make through this sport.

"The cornerstone of a team is built on selflessness."

In the making of a successful team or any team for that matter, selflessness is there before anything else. For most teams, there is a coach who is committing their time to their athletes, and most times is accompanied by one or more assistant coaches. Sometimes one may have a trainer who dedicates time to the athletes to make sure each is healthy. But above all that when coaches, trainers, parents etc. are gone selflessness amongst teammates who compete and train every minute together is powerful. What exactly do I mean by "selflessness" on a team and among teammates? That's a good question that has a lot of folds to it. A team is formed by a relationship with one and other. For me, throughout high school and now into college it is a "brotherhood in battle" type of thing. Within distance running, we are all pushing each other in practice each day to be our best. The brotherhood is established by going through an intense pain and making it out on the other side together. That's what has always drawn me to running, witnessing my teammates laying it on the line every day for our team. That for me was enough fuel to spark the same desire for me to lay it on the line for them. Thus brotherhood was formed. Through the brotherhood that I would develop on my teams the role of each athlete would be formed.

"Everyone matters to team success...be intentional at practice."

When I began on each of the two teams I have been apart of (DGN and Wisconsin) I have always looked at what role I play. Where do I belong? But what I soon figured out on both of those teams I didn't have to be one specific role, each day held different value to it. At DGN my senior year I would be leading stretching making sure each freshman was paying attention, while other days I would be joking around making sure everyone was having a good time. While at Wisconsin one day I may be leading our tempo run, while another battling an injury and giving all my teammates handshakes before their run. The beauty in both of these circumstances is that a team for me was never meant to be a level system but one where everyone plays many different roles. With each role I have held on a team, I have learned to love those around me. Whether it be welcoming a new teammate, saying thank you to our equipment manager or making sure each one of my teammates doesn't leave the locker room without an "I love you" because each moment I am with my team is a privilege. 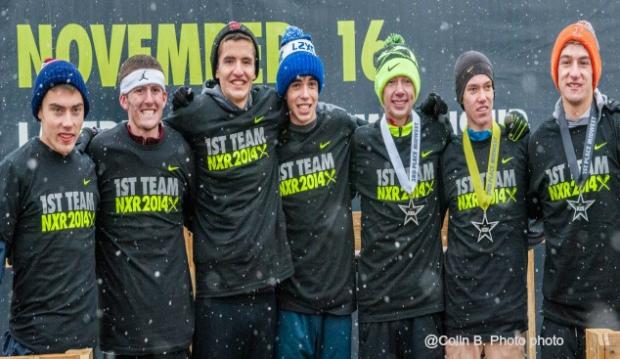 "Be all in for something greater."

Before each season a lot of teams sit down together to go over goals for the upcoming season and asses what it's going to take to get there. For each team I have been on before each season we would do this. In high school, it was at DGN before my junior cross country season we all met together and rallied around one goal to get a trophy at the state final. But above all else, each of these meetings set the groundwork for bringing everyone in and explaining the journey that we were all about to embark TOGETHER. Furthermore, being "all in" for a team goal can run much deeper than that. For me it's developing those deeper connections with my brothers I will go to war with, so to speak. To develop those deeper connections, it would take stepping out of my comfort zone and blazing a trail of care, intentionality, and love with each teammate I have.

For the final prong of brotherhood on a team, I'm going to draw from a scene I recently saw in a movie. (Spoiler Alert) Toward the end of the movie "Hacksaw Ridge" Desmond Doss, a member of the army in WW2, does not fight with a weapon because of his faith. Instead, he operates as a medic. During this grueling scene at the battle at Hacksaw Ridge, Doss is left at the top of this elevated surface where the battle was taking place as the majority of his compatriots retreated. As he is left weaponless with the enemy coming his way he throws caution to the wind and goes out to save his men, 75 of them to be exact. With each one, his body and arms were beginning to wear but he continued to call out "Lord help me get one more" and that fearlessness that was operating inside allowed him to save his men. This scene represents a deeper thinking about how it would look to go into a race and practice every day with a sacrificial attitude for my teammates. And with each practice operating in that fearlessness and love to make my teammates better. What would it do for my team? Desmond Doss showed me fearlessness is infectious it can affect a team culture and effect people when one is willing to give all they have for their brothers. No bond is greater