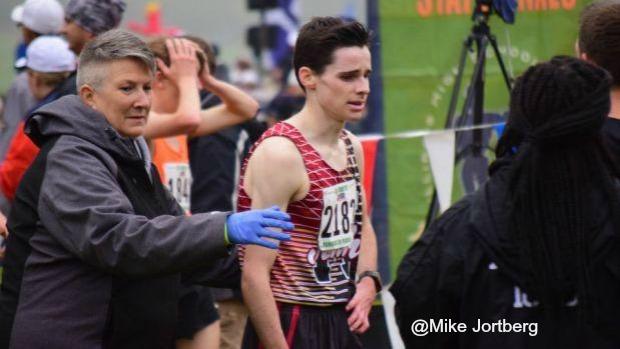 This weekend at Lyons Township looks to be a great one. This is the season opener for many teams and first chance at some real competition for others. This meet is full of household names in the 3A world and should be a spot for some new top times.

Last year at this meet Illinois legends Danny Kilrea of Lyons Township and Dylan Jacobs of Sandburg battled it out for the first of many times that season, with Kilrea ultimately coming on top that day. The two are now teammates the University of Notre Dame. Following right behind those two that day though was Maine South junior Tommy Brady. Brady had his fair share of 3rd place finishes last year, finishing behind Kilrea and Clayton Mendez and state last year, and finishing behind Kilrea and Zach Kinne in the 3200m race at state the past spring. But this year really looks like Brady's time to shine. It will not be an easy road though, as junior Jared Kreis of Lincoln-Way Central rises to the scene. Kreis ran a 15:10 at the Normal West Invitational last Saturday, which is already a 7-second improvement from his SR last year. While there are 5 ranked teams at the meet, there is no real standout team wise. Most of the racers last year were seniors, and while there are a couple stars, there is not much depth.

This year's girl's race should be a good one as well, with both the top two finishers returning to race again. Winner Jordyn Boyer of Lowell (Indiana) placed 9th at the IHSAA state meet last year and will once again look to defend her title. 2nd place finisher Emily Henkel looks at her shot at redemption this year. After her track season got cut short the past spring, Henkel looks to come back and battle for first. Another girl looking to put her foot in the race is junior Abby Lopez of Argo. She ended up placing 6th at state for cross country and 10th in the 3200m at the state finals during sophomore campaign. Team-wise, Valparaiso (Indiana) girls look to repeat their win from last year, and it will be a tough one. Valparaiso scored 41 points while Lyons scored 43 last year. Both squads lost a handful of seniors but also gained new members to their roster. Keep the Mike Kuharic meet on your radar for some fast times and close races.