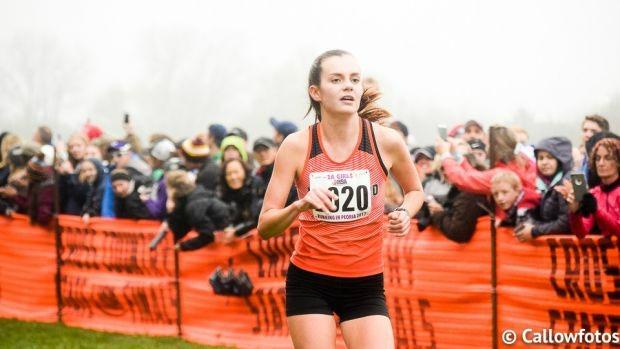 Initially, we were all anticipating the season debut of the returning 2A state champion, Jenna Schwartz. The senior from Waterloo is coming off a great track season that saw her run 10:44 in the 3200m as well as earn a state title. In addition to that, she has also had a great summer of training as you can see from the training log she did for us, which can be found here. The 2x Granite City Invite champion has been battling illness recently and will not be competing. Lydia Roller (Staunton), Breanna Chandler (Freeburg) and Abby Korak (Edwardsville) will battle it out for the individual title. The team race should be a great battle between O'Fallon and Edwardsville. Other ranked teams such as Waterloo, Springfield, Chatham-Glenwood, Mascoutah, and Freeburg will be battling for the next few team positions after the two ranked 3A Schools.

On the boy's side, we will see another season debut for one of the top runners in Illinois this year as Andrew O'Keefe will race for the first time since his heartbreaking loss on the track at state. O'Keefe will not be a lock to win his first meet of the season as he will be racing freshman phenom, Fiker Rosen of Quincy H.S. Rosen ran a 16:04 to start off his season and he didn't race at 100% and he ran in trainers. After speaking with his coach, it should be noted that Rosen will be racing at 100% this weekend and is focused on hanging onto and beating O'Keefe. The chase pack should consist of Roland Prenzler (Edwardsville), Drey Maton (Chatham-Glenwood), Dathan Maton (Chatham-Glenwood), Cooper Peterson (Chatham-Glenwood),  Jefferson Ross Bushur (Triad), John Bruce (Marion), and Kyle Boughter (Springfield). Before talking to Coach Garber of Chatham-Glenwood, many would have thought that his squad could possibly compete with Edwardsville this weekend, but after hearing what he said, that thought has become very unlikely to happen. Garber indicated that his guys are going to tempo the first half of the race and then go all out the second portion so his top guys can catch back up with the front pack. He said there is no reason to "balls to the wall" this early in the season. Watch for the Tigers to catch an easy win on the team side.