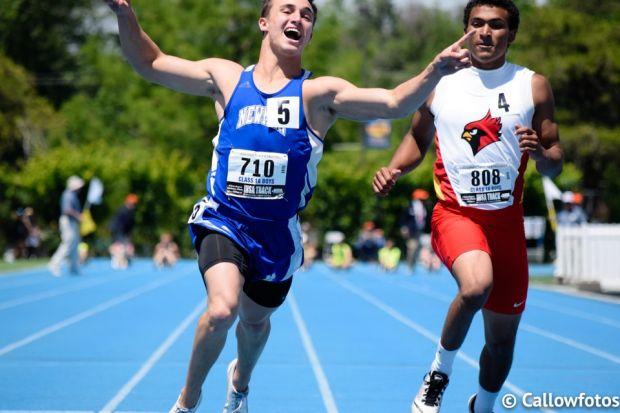 As the state meet approaches people are starting to predict who will win what event, but some do it with very little knowledge of the field of participants. That's where we come in, we will break down some of the favorites to win each event at the state meet.

Bianchi is longer the slam dunk choice to win the sprints-

Sterling Newman Catholic senior Easton Bianchi is finally coming back from his hamstring injury that occurred at the beginning of the outdoor season. Easton is the defending 100m and 200m 1A State Champion, but he will be tested for his title this season. While Easton was recovering, Warrensburg-Latham senior Diondre Lewis and Rushville-Industry's Basile Buckner started running some fast times. Lewis's lowest place that he has taken in the 100m and 200m has been 2nd and Buckner is undefeated in the 100m this season. It won't be a walk in the park for Easton this season. The 400m is honestly a toss up it is so hard to pick a winner from the field because they all run the same times. The 400m may be the hardest event to predict at the state meet.

Mason Barr is the people's choice in the hurdles-

The 110H field is stacked this season. We will see the likes of battling Mason Barr (Ridgeview), Kyle Carver (Casey-Westfield), Connor Artman (Illini West), and Kyle Casper (Westmont). Each one of the five has broken 15 seconds this season, but Barr is the only person of the bunch to break 15 multiple times this season. Barr has broken 15 seconds, four times this season. The 300H has some faces from the 110H crew as we will see the likes of Barr, AJ Christensen (Polo), Artman, and Judd Anderson (Farmington). Like the 110HH, it looks like Mason Barr is the favorite to win.

The 800m going into this year looked to be all Riley Wells (Rockford Christian) after his great win his sophomore year, but Wells has not been racing like he was last season and let names like Jacob Bryan (Illini West) and Shane Yamco (Riverton) into the mix. The 1600m will probably be the best distance race on the 1A card as we see Wyatt McIntyre, Jack McNabola (Chicago Francis Parker), Eli Ten Eyck (Pittsfield), and Logan Hall (Arthur) do battle. The 3200m will be the McIntyre vs. Hall show. Logan and Wyatt have battled back and forth for the last year now and they will end their heated rivalry at the state meet. Wyatt looks to be the favorite in both the 1600m and the 3200m. Wyatt has broken 4:25 in the 1600 three times this season and except Arcadia, Wyatt has been undefeated in the 3200m this season. Still, watch for Logan as he is the returning 1A 3200m State Champion, but Wyatt is looking to take that title away from him. 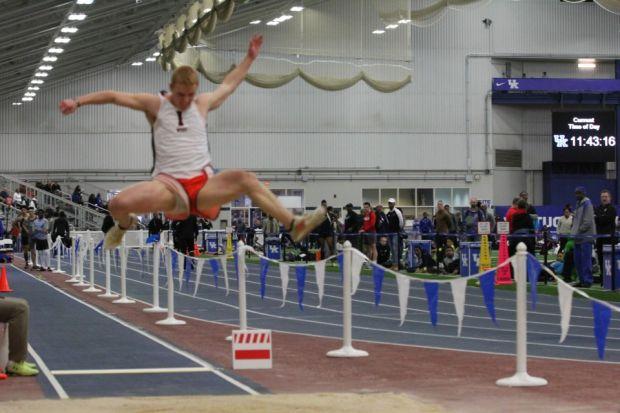 Field Events makes its case for the party-

The discus title will be going home with Peyton Taylor (Mt. Pulaski) as he has been so dominant since the beginning of the outdoor season in the discus throw.

Shot Put is a battle between Andy Bird (Warsaw), Hunter Woodard (Tuscola), and Jackson Sheckler (Illini Bluffs). It seems like these three have been the talk of 1A Shot Put all season long. Woodard and Bird had a great battle at the Illinois Top Times meet which Woodard prevailed in so, Bird is looking to return the favor with a state championship.

Long Jump will be interesting which we wouldn't think it would be at the beginning of the season. It won't be a cakewalk for Connor Artman as he hasn't been jumping that great during the outdoor season, but Tate Walcott has been jumping phenomenally this outdoor season. Artman told us something very interesting, "My sectional marks are not an indicator of what will happen at state. I have lofty goals for myself to finish out my senior season."

Cameron Getz is looking like the favorite in High Jump this year as he has been the most consistent one in the field.

Pole Vault will be interesting to see as we have Kyle Kruthoff, Jadon Nuzzo, and Cameron Witts all doing battle. Witts was last years 1A Pole Vault State Champion, but he has a big test on his hands against the two up and comers.

Triple Jump doesn't have much star power, but we will see the likes of Ramsey Hunt, Keegan Zack, Artman, and Michael Hill. It will be interesting to see if Artman can get a state title in both Long Jump and Triple Jump this year as he has the potential to do so.

The 4x100m is a throw-up race with the likes of Meridian HS, Leo Catholic HS, Hope Academy, Lena-Winslow HS, Liberty HS, Rockford-Christian HS, and Rush-Industry HS. In the 4x100m anyone of these teams could win, the field is stacked this year. In the 4x200m, Warrensburg-Latham HS would have been the favorite as they have dominated all year long and their team PR is 1.1 seconds faster than the next squad. However, the Cardinals did not qualify. The Lewis twins are now left to fend for themselves in the open sprints. The 4x400m will be a battle between Warrensburg-Latham and Meridian as both teams have been great all year and their team PR's are a second within each other and that's the same story for Pleasant Plains and Williamsville in the 4x800m.