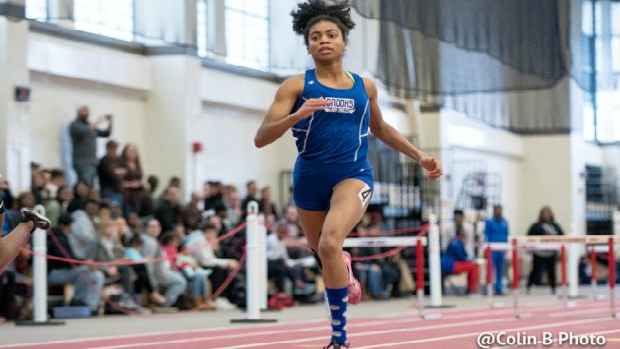 It was billed prior to the indoor season as the must see and must follow indoor track and field invitational. Backed by tremendous hype followed top notched teams and some of the state's best individuals, it was a can't lose formula. At times the Homewood-Flossmoor High School field house sounded like a rock concert/revival because of the fever pitched performances. There were six state bests produced

Last weekend in Lexington, Kentucky at the UK High School Invitational, it was supposed to Imani Carothers coming out party against some of the premier athletes in the country. The Chicago Brooks College Prep senior had chose the University of Georgia over one University of Kentucky and many minions in the crowd was eager to see how she would perform. Maybe it was a greased slicked jumping runway or it could have been the pressure that Carothers put on herself to perform at her level. An average performance by Carothers' standards just do fly right.

On Saturday, it was the Imani disection of the competition. In her first event of the day, she was challenged by a great long jump field that featured Serena Bolden of Springfield Southeast, Ameia Wilson of Danville, and Rich South's Camille Osborne. Carothers dropped several 19-foot efforts including the winner 19-11.75 that turned back Bolden (19-6/US #7) and Wilson (18-11.75/US #21). Carothers now moves up to US#3 and IL#2 if you can believe that.

The hurdles race has always been Carother's most dominating event, especially outdoors. The 60HH is a bit short for someone whose speed don't necessarily mean she will be a top 5 candidate nationally. However, Carothers is still incredible and she proved it with a convincing victory over Kayla Walters of Bolingbrook. Walters is expected to be the top hurdler threat in 3A. Carothers grabbed the state lead with a very good 8.66. In a short time span, Carothers ran in the "B" 60m and won with a personal best 7.76- one of the top times in Illinois.

The final event of the draining day was the triple jump. Initially, Carothers was not set to triple jump until very late in the indoor season or early outdoors. She is the state's #2 all-time returner and one of the nation's elite leap frogger despite still being a "novice" in the event. Despite a long day of action Carothers appeared to be fresh because she only used two LJ attempts and didn't have to run prelims of the Dash and high hurdles. It was a smart decision to get in some more work. The end result was a new state leader at 39-0.25 over a tough field which featured Bolden and Osborne.

West Aurora is going to be a force downstate in May when the trophy talk commences. They are also a great all-round program. The Blackhawks won all three divisions: A,B,C which cumulatively earned them the overall team trophy. 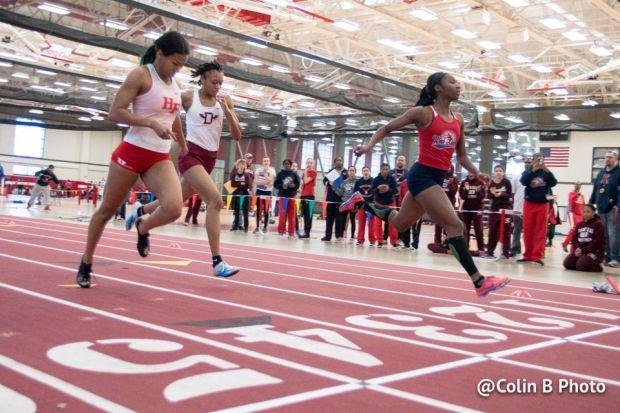 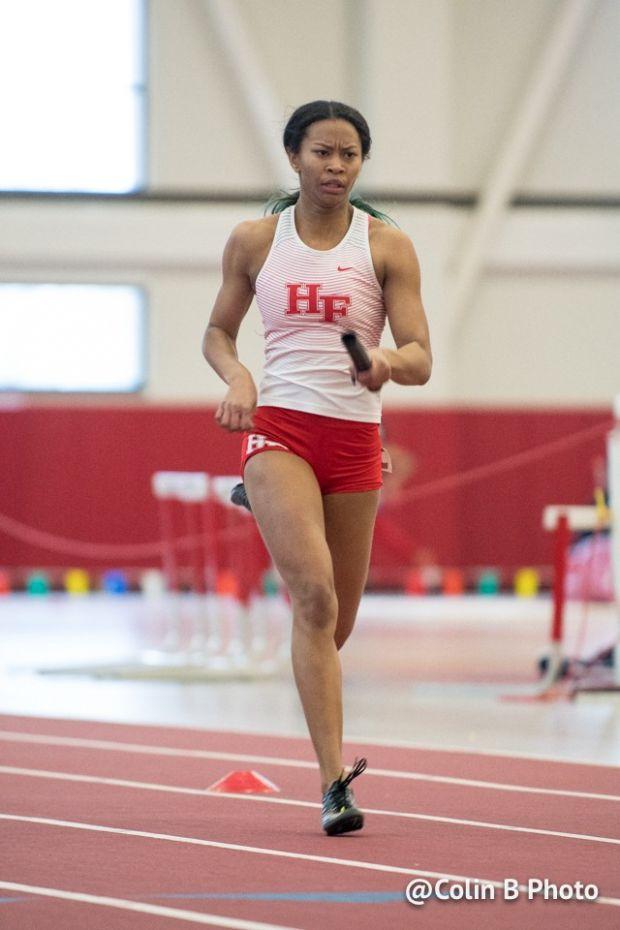