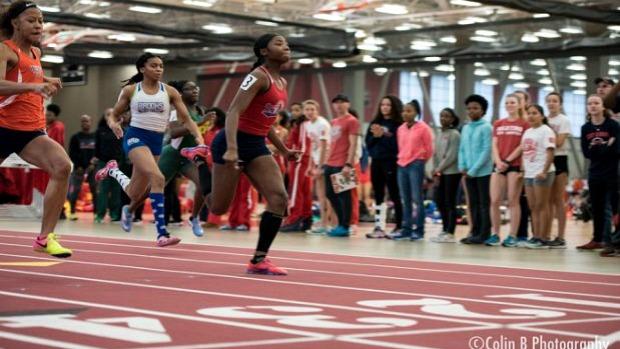 Three of Illinois finest: Amira Young, Imani Carothers, and Dajour Miles will be in Charleston

The NBA Finals are drawing near and the match up everyone wants to see is a rematch between the Defending champion Cleveland Cavaliers and the Golden State Warriors plus Kevin Durant. And just like the NBA season, the girls high school season has worked its way to the state meet. There we will see the match ups we've waited on all year. It's time for state. Here are a few match ups BSide is looking forward to.
The Martin twins vs. Mariya Hudson and all comers-
In 2A, the 100m features Decatur Eisenhower junior Katina Martin who has run well and consistent all season. BUT..one thing that's in question is will she handle the pressure? Remember, neither sister has ever run a step at state and when you come in ranked #1 that makes the target even bigger. That pressure I speak of is Cahokia senior Mariya Hudson. She's experienced having won the 100, 200 and 400m in 2015.  She's to snatch a team title, and NO senior wants to go out a loser. She's been consistent as well so I'm looking forward to it.

The 200m is a reversal of the 100m as Mariya comes in ranked #1 and will face "The Twins" (Tina & Katina Martin) who come in ranked #2 and #3 in her final race for Cahokia. A team title may be on the line and there's a lot of pressure in this one. "The Twins" have been hyped since jr high, but never won a title. It may be their time but Mariya may have other plans.

The 400m could possibly be the race of the meet. Arlington Heights senior Elizabeth Drab is NOT pleased and that could be real dangerous. She's the indoor state champ and she beat Tina Martin to win it and all the talk is about Tina who ran 54.80 earlier in the season. Mariya ran 54.90 at sectionals so don't think for one moment her dream isn't to sweep the sprints as she did in '15. The dark horse is Springfield Southeast sophomore Raven Moore. A 54.xx will need to be run to win it and anything less you need not apply. Finally, I'm looking forward to seeing if Dunlap who comes in ranked #1 in ALL the relays leaves state #1 with all the titles. That will be huge if they do. 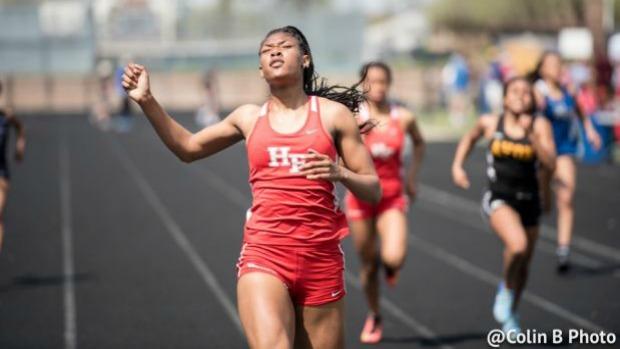 It could be "Jaimie Time"-
In 3A, It's Time for some colossal match ups. In the 100m, Homewood-Flossmoor senior Jaimie Robinson has blown up. In the past you may have only looked at her as queen of the sand pit but this year things have changed. She comes in at 11.80. Danville sophomore Ameia Wilson (11.82) has been one sprinter that has been a problem all season. Crete-Monee sophomore Lynnika Vance 11.89 and Springfield junior Ozzy Erewele 11.91 have been consistent and seemed to improve every meet. Chicago Whitney Young junior Amira Young is the Tim Duncan of Illinois girls track and field. She's quietly going about her business winning and for some reason is always over looked just like Duncan. How soon we forget.. she is the defending state 100/200m state champ!

In the 200m, Robinson  is really hot right now dropping a 24.11 at sectionals. She seems to be on another level, but again Wilson (24.25),  Young (24.46) are lurking!  BUT...ladies and gentlemen, boys and girls there is one person who if truly healthy I guarantee you has been in the lab quietly working her way back to her old self. There are very few coaches, and I'm one of them, that when their athletes go into the lab and come out it's a major problem.  When one goes into the lab there must be a mad scientist.  If that has taken place and you have witnessed it on the club circuit, you know that this could possibly turn into a summer track meet final. And you know the result! IF she is healthy, this will be a return of one of the "special" ones. One of the best in the country, special! One that the state has waited two years to witness at the state level. You read about her at a big indoor meet and she disappears. But I've got a feeling that IF healthy, she has waited all year, ok two years, to steal the show in her events and sprinkle a heavy dose of flavored "Cinnamon" as in sophomore Dajour Miles of W. Aurora. It's Time!

Shoutout to my 8th grader Torrie who I wrote about whose season was taken by shin splints. She went on to sectionals and won the 100, 200 and LJ. She then went on to state to take 2nd in the 100m and 3rd in the 200m and LJ plus took 6th in the team scores by herself. She showed a lot of heart and determination. I'm proud of her.