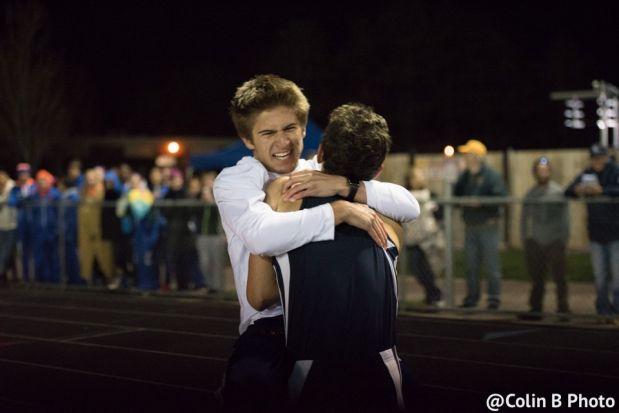 Of course, every race in a distance-themed meet is special. Just as it is special to watch a school boy break 4-minutes in the mile for the first time, it has to be special to see a sub-9:00 clocking in the 3200m.

Several Illinois standout athletes had an opportunity to accomplish that feat in California at the Arcadia Invitational and other stacked distance races. Chicago Whitney Young junior Clayton Mendez's handlers balked on Arcadia so it would have to the DNP. Mendez wanted the opening 800 to be around 2:13. The effect of a fast pace would yield to an negative splitting especially on tired legs.

Mendez had run two hard races less than 24 hours so that was a concern. He would later say that his legs were fine. Early on seniors Brayden Hamblen (Rock Falls) Matt Pereira (Lake Zurich) who tried to push the pace with Mendez. That lasted for about 3.5 laps before Mendez was gone. The first half was in about 4:31 so he had to get trucking and he did. Mendez increased he cadence and lead with each step. With just the bell lap in front of him and needig a 66 final circuit to complete the deal.

The crowd did its best in assisting Mendez as he made the tour around Chic Anderson Stadium track. It was with emotion that Mendez sped through the finish line in a record 8:59.46. Not only was it the first sub 9:00 this season, it was also the first time a Chicago Public League runner had broken the barrier. It was a magical effort indeed. Class A elite runners Logan Hall (Jr., Arthur) and Wyatt McIntyre (Jr., Athens) ran big personal bests of their own. Hall and Wyatt beat 4th placer Pereira (9:11.79) with sizzling 9:11.06 and 9:11.32 clockings. 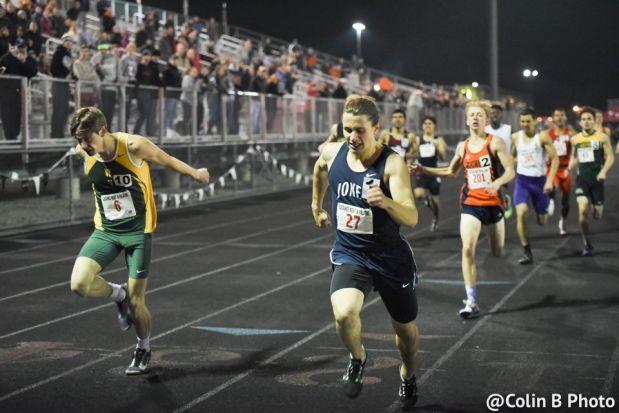 The first section final race of the day was the 800m which went out fast with 200 and 400 in 26.6 and 54.8. Arthur Santoro (Sr., Chicago Jones) front ran virtually the entire way and when things got tight with less than 100 remaining he stayed poised. Wes York (Jr., Waubonsie Valley) locked in off the final curve and then the finish line. As the pair entered the final stages of the race it would be a photo finish as to the winner. Santoro won in a meet record 1:54.86 just ahead of York 1:55.02.

The final race of the day was the featured 1600 clash between Jack Aho (Sr., Grayslake Central) and Finn Gessner (Sr., Madison WI). Both nationally accomplished runners dropped a step down to run track and field's glamour event. Aho did not waste a second in establishing himself leading with a 60.9 opening lap. Aho maintained the lead through the 800 in 2:05.2 and then 1200 in 3:09.

But Gessner got the lead just past the bell but Aho did not falter. He reserved and maintained his poise.  It was that 5th gear with less than 50 remaining and Gessner looking to his side that got him caught up. Aho was able to nip his friend for the win 4:12.05-4:12.14.