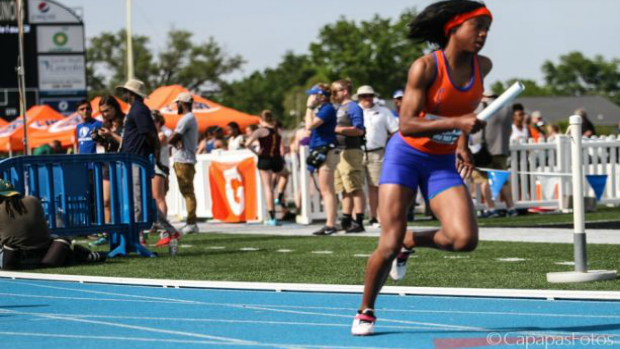 3A Girls-
1. East St Louis,
2. Homewood-Flossmoor
3. Belleville West
4. Glen Ellyn (Glenbard West)
5. Naperville North
6. O'Fallon
7. LaGrange (Lyons Township)
8. Chicago (Bloom Township)
9. Springfield
10. Danville
Pierre's comments: The Flyerettes continute to show close to a full deck as far as their potential lineup for the state series, this outdoor season every hand they have played up to this point resulted in success. Not too far behind are the Lady Vikings of Homewood-Flossmoor, after dominating teams across the border in Indiana (no Triple Jump or 4x2 for Indiana). HF has solidified themselves as a threat to bring home a team title. Belleville West stays in the top five on the strength of their relays followed by Glenbard West and Naperville North- whose distance dominance keeps them in the trophy conversation. The majority of the teams in the top ten have not shown their full lineup, even teams not in the top ten could rise up and become a threat to bring a trophy home.
Tweets by MilesplitIL