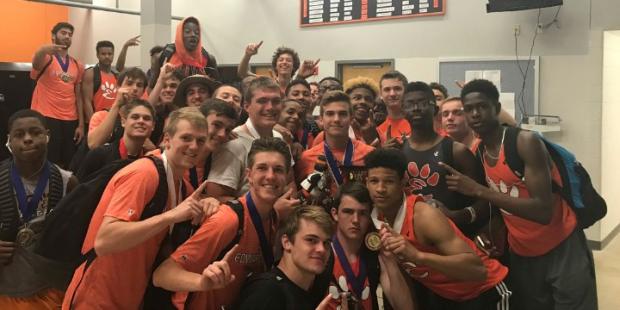 3A Boys-
1. Edwardsville
2. East St Louis Sr.
3. Homewood-Flossmoor
4. Chicago Heights (Bloom Township)
5. Hoffman Estates
6. Bloomington
7. Plainfield North
8. LaGrange (Lyons Township)
9. Naperville (Neuqua Valley)
10. Batavia
Pierre's comments: After two full weekends of outdoors season it appears the race for the top spot will be between the the last two 3A team champions. Edwardsville holds down the #1 ranking once again this week due to their ability to score in nearly all the discplines. East St Louis isn't too far behind the Tigers, tinkering the lineup and some rumored additions might help the Flyers out. Relays, Sprints, and Jumps appears to be the strength of the next batch of team within the top 10, all could challege for a team trophy. Don't count out Lyons, Neuqua Valley, or Batavia who dominated the indoor rankings, all three are off to a slow start outdoors, but expect that to chage as we near May.
Tweets by MilesplitIL