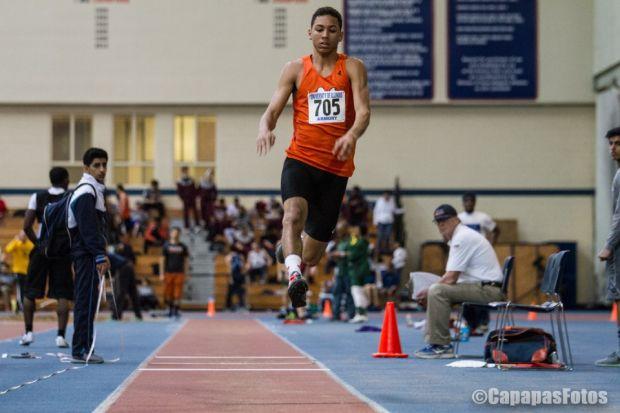 Devonte Tincher will be a key figure in Edwardsville's title hopes

Outlook: The defending state champion Cameron Ruiz just so happens to be the #1 overall jumper in the state bar none. On a national scale, Ruiz is the #6 legal wind returner as evidenced by his 24-foot effort in dominating the stiff competition last spring in Charleston. Ruiz's rise to track stardom may ultimately get overshadowed by football in the future as he has signed to be a Northwestern University Wildcat. In the interim when he revs up for the spring, let's all sit back in the stands or in a lawn chair and enjoy the moment. Mr. Joe Ruiz sure will. As Cameron's father he enjoyed his moment in the sun back in 1988 when he placed second in the state 400 while competing for St. Ignatius of Chicago... a few other featured jumpers will look to impress this season. Third placer Ayo Abiona is back to show last year was not a fluke. Dan Spejcher is on the rise as a multis athlete and it will be his event of the future like his other brother Kevin Spejcher starred for Lake Park and later at the University of Iowa. Dan jumped a solid 22-9 and made the state final. 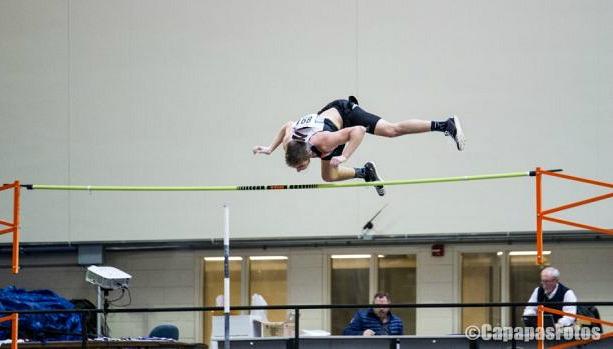 Outlook: There were 20 state finalists who competed in last year's state championship. That means there were 8 extra qualifiers who scaled past the automatic height of 14-3. It shows the depth of an event which remains strong year after year. One of those 20 vaulters back is champion Zachery Bradford. A once rising figure is on his way to full fledge stardom. Perhaps he has a goal of being one of the all-time greats, already eclipsing 16-4 coming into the 2017 indoor season. His friend and counterpart Ryan Ashenbremer has been the only person to solve him. Ashenbremer beat Bradford four times during the outdoor season enroute to state. Perhaps Ashenbremer ran out of gas in Charleston, finishing a very disappointing fifth place. Pole vaulting is a mental game that all who is participates in must pass. Of the 11 vaulters who competed in the state final 6 have scaled over 15 feet. It's going to be another great year in 3A. 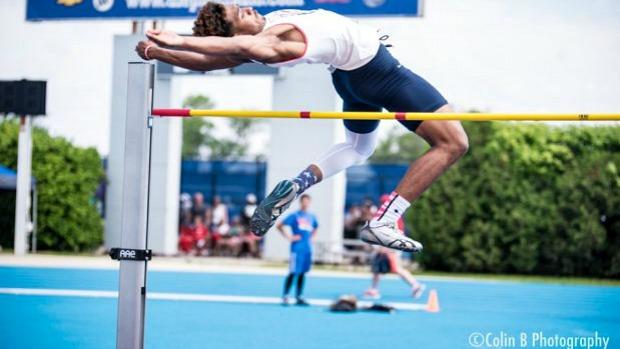 Outlook: The surprise of last year Camron Donaltlan won in his first attempt as a big time track and field athlete. However, his status may be filled with some concern after spraining his knee in a basketball game. If he is able to rebound fully, we all be enjoying several attempts at the 7-foot barrier. The top four returners happen to be in 3A with clearances ranging from 6'7" to 6'9".