The 2A distance landscape will once again cause one to scratch its head often. The reason for such perplexion will be attempting to stay abreast of change. There will be a new state champion in three events once the IHSA season concludes in May. The other mass exodus will include some significant and perplexing classification changes. For example, for the second in a row two of the elite distance runners in the country Jack Aho (Sr., Grayslake Central) and Matt Aho (Sr., Grayslake Central) will be competing in 3A. There ran 2A for cross country. Go figure. Well, feel free to follow your favorite individual's team via the IHSA Classification Guide. 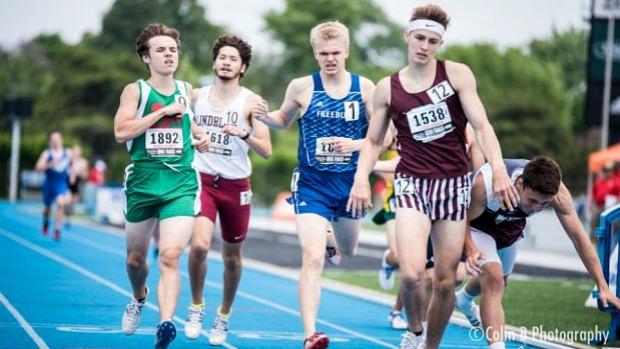 Season Outlook: Last year's state leader, Josh Cable returns as a junior after now two full years of state experience in cross country and track each. Cable has finished all-state in the 800 twice, and after more or less being part of a crowded 800 field for a couple of years, now starts to rise to the top as a favorite in this event throughout the season. He is, however, far from being the only returner from last year's state final, which featured seniors in first through fourth place, and underclassmen in the final eight spots. Tim Krashevsky bounced back from a disappointing 11th place at state to run a 1:53.62 at the Festival of Miles over the summer and does not appear to be far behind Cable. Jake Gillum has been a mid-distance wizard the last couple of years and will almost surely be a major player in the 800 as well as the 1600. Drew Wilkerson is the highest returner from the 2016 state meet (5th place in 1:57.35), as well as the fifth overall returner by time. Keep an eye on how fast Chris Stanley runs this year during the season as well. Cahokia will almost surely use him in the 4x800 as they try to continue their relay dominance, but he has the chops returning to be an all-stater in his own right. 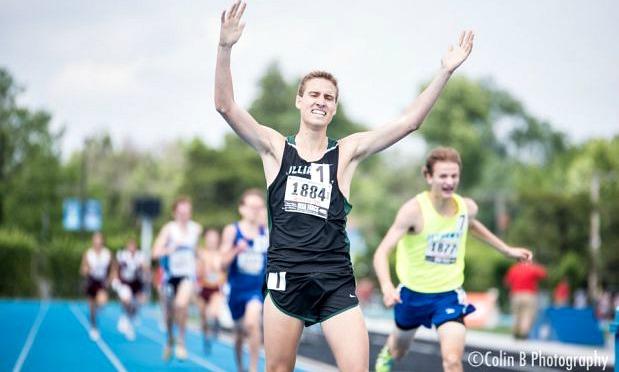 Nick Wondaal wins a spirited state championship in the 1600

Season Outlook: The mile's 2A final last year was more senior heavy than the 800, and only has four final qualifiers returning to the 2A scene this year. The first is Jake Gillum  who has been one of the most consistently fast runners in the entire state in the 1600 and 800 the past two years. Gillum finished fourth last year in 4:22.38 at state, only one of a mind blowing 12 sub-4:28 performances since 2015. Just behind Gillum was Ben Flowers who was dominant in the cross country season and boasts a 4:19.90 best mile. A notable omission from last year's all-state podium was Jacob Gebhart who improved immensely during the 2016 cross country season but still is the #4 returning mile performer (4:22.35). Another notable pair of juniors are Kaneland's Matthew Richtman (4:25.17), who may be the most improved runner in the entire division, and Carterville's Austin Knight (4:25.92). Both finished just on the outside of qualifying for the final, but do not expect the same to happen this season. 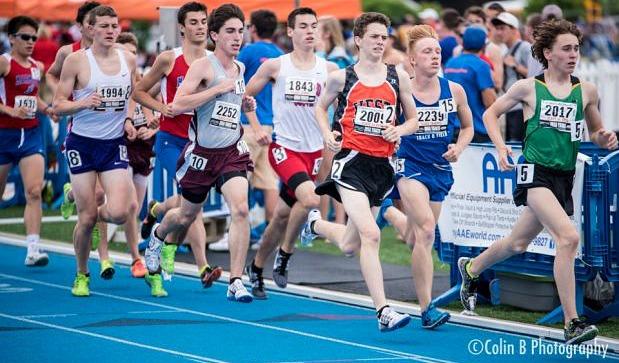 Season Outlook: The placement of Grayslake Central in 3A opens up the long distance events for 2A a little bit in track. The 3200 could start with 2016 XC 3rd place finisher Jack Franklin, who is also the highest finishing returner from the state track 3200 final last year, as well as the fastest returner by time (9:22.34), and his 14:30 at Detweiller suggests he could go even faster. Franklin is the only all-state returner, but don't expect him to run away with the title. Matthew Richtman proved himself emphatically with a surprise 14:36 4th place finish at Detweiller in November, and we fully expect him to be a major player in this event for the next couple years (he currently has a 9:38 3200 best). Mahomet's Andrew Walmer is the best runner from a pack of Bulldogs, all of whom could finish all-state in this event, although on that team, Brian Butcher has the best 3200 time from last year (9:42.93). Although they were also mentioned in the 1600, Ben Flowers and Jacob Gebhardt could just as well put their eggs in the 3200 basket.

This race could be much more open from an all-state contender standpoint. Of the list of all-staters from the 2A cross country race in November, most of them will be qualifying for state in the 3200 and competing hard for a potential top 9 spot on the blue track in Charleston.