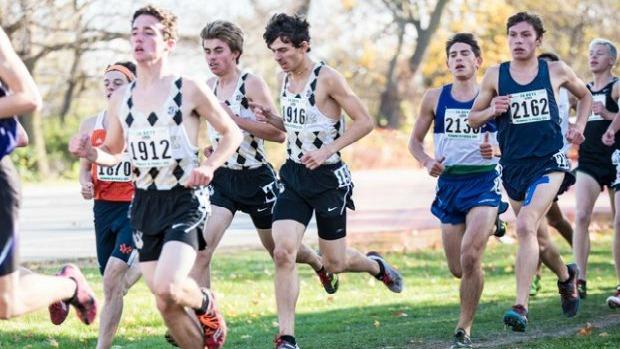 The beginning to the pre-season madness begins now with 25th ranked team going down (Colin Boyle).

Ray's Take: OPRF headlined sectional weekend for all the wrong reasons last year when they became the most significant absence from Detweiller, along with phenom Irwin Loud whose health issues at the end of 2015 resulting in a string of extremely difficult meets and an absence from state. The Huskies now need to bounce back despite graduating almost their entire varsity team, and the ever-young Loud is now the unquestioned leader of a new varsity team stepping into scoring roles. Loud's impact is clear- he is one of the three best runners in Illinois and he will score one point at every meet until his conference meet, where he faces Charlie Kern. Eric Mulshine, whose best times are from 2015 is the team's top runner after Loud. OPRF is a strong program and expect Chris Baldwin to have the Huskies ready when sectionals approaches-there is just a long way to go for new-look OPRF squad, hoping to stay competitive in the Western Suburban Silver.

Ray's Take: Illiana Christian's first year at the 3A level was a success, punctuated by a top 15 spot at the state meet. Illiana loses a lot of firepower from last year, particularly all-staters Colin DeYoung and Nick Wondaal, so they will have to look to runners like Ryan Koontz, Jacob Thompson, and Kyle Mulderink to fill in the gaps. Austin Ohm and Derek Van Prooyen, super sophs from 2015, are the two best runners for the Vikings, and Ohm could find himself in all-state slotting this year. Illiana has also been shifted to the West division of the Metro Suburban league, so they will have a little more competition facing teams like Glenbard West and Wheaton Academy.

Ray's Take: In 2015, Hoffman Estates displayed a pack running mentality that gave them early season success and an appearance at the state meet, where they finished 22nd.  This year, Hoffman Estates looks to have a solid first four and will need 5-7 runners to round out the varsity team.

Coach Brenden Mariano give his take on the team's makeup: "Makrounis is coming off a great track season (9:39/4:33) and solid summer.  He's run at State each of the last 2 years and looks to have a positive race down there this year.  Worman had a reasonable track season and a reasonable summer. Greenwalt had a breakout track season (9:48) and a pretty good summer.  He's capable of running with both Makrounis and Worman.  Lim and Dressler have shown nice flashes throughout the summer.  Their progress will be a critical factor in team success."

Ray's Take: McHenry finished strong at state in 19th but were hampered by Maki Mohr's DNF in 2015, so this young team has had potential for a couple years now and hopes to avoid any obstacles to their results in 2016. Michael Hahndorf has graduated so McHenry, who has had the benefit of a front runner for years, must run as a pack to bring them back to Peoria. The front 1-2-3 likely has been established- Andrew Pilat, Jacob DeWitt and Mohr- so the Warriors' challenge in 2016 will be to turn Cole Overbey, Tyler Pricket, Matthew Shefner or Dylan Qualls into dependable scorers not far back from their first 3. McHenry's goals surely will be to qualify for state for the third straight year.

Ray's Take: The large school division welcomes the Foxes of Yorkville to 3A in 2016, and although circumstances change, training will be the same for the team, says coach Chris Muth. "This is our first year in AAA so expectations have to be adjusted and goals have to be changed, but mindset will stay the same," says Muth. "We will continue to work hard, create a great environment for kids to thrive and celebrate progress that is made."

A good portion of the trophy winning team returns in 2016. Zack Price, Alexx Nauman and Patrick Black bring their experience to the table and have all run under 16:00. Price, in particular, had a strong performances at state in 2015, running 15:11 and nearly finishing all-state. Some of the Foxes' scorers may also include Alex Loos, Ben Summers, and Matt Cox. Their sectional placement will be an important assignment determining their road to Peoria. This team can make state and Muth knows it.

Muth: "Team goal is to make state in AAA for the first time in school history.  We are a long way away from that goal, but I believe in this team to work hard consistently and progress every week.  If we can do that and have our best race at Sectionals, I believe this team can reach its goals."