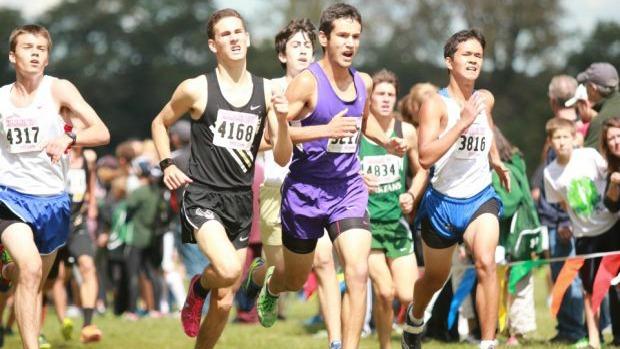 Ray's Take: Andrew Adelmann and Jones have been established as contenders now on the 3A level for a couple years now and are perennial threats to qualify for state out of the nearest sectional to the city. Jeremy Adams is a clear #1 and a top 5 CPL runner for the Eagles, who run a very experienced pack behind Adams. Don't sleep on the underclassmen, though says coach Adelmann. "We are also seeing some promise within our incoming freshmen class and it's a group that I really think can produce some great results. Of note is Ryan Desantis who was actually and All-State finisher in 13th at last fall's IESA Cross Country State Finals, as well as Ian and Matthew Lagges."

Adelmann's thoughts: "Our goals are usually always the same: do the best we can and become better runners and people at the end of it all. I do think we are a better team than we were last year, even though it may not appear as so on paper with some of the seniors we lost. We figured out some important health stuff that really cost us last year. We ended up identifying Jeremy Adams' issue a little earlier as he was really struggling at the  end of races in the post-season last year, and once we straightened it out, we saw his true potential in the 3200 over the spring as he put together an incredible year. I think he will be as good of a number one runner for us as most teams in the state.  And behind him is a group of really strong guys who I think are in a much better spot then we were last year. So in the end, if we can go out and control what we can control and finish the year knowing we couldn't have done anything more, than our goals will be met."

Ray's Take: Coach Ernst's Wolfpack were moved to the Hinsdale Central sectional, and produced an individual qualifier for Peoria but finished 7th in the sectional. This year the team is very experienced, dominated by juniors and seniors with some support from sophomores. Michael Obroin is  junior but broke out in his first cross county season in 2015, and is the clear #1 for Ignatius and joined on varsity by Joe Amoruso and Lyndon Vickrey. The next scorers likely will be Paul Tonner and Chad Larry but James Mangan, John Walls and Christian Colletta also contribute to the depth for the Wolfpack. Coach Ernst looks for consistency from this squad and this is reflected in his goals for this year, he says. "Every year our goals are three:  win the Chicago Catholic League, be the best team in Chicago, and qualify for the state meet.  We think these are real goals for 2016." Keep an eye on the Chicago Catholic this year, which could have one of its deepest years ever with Loyola, Fenwick, Ignatius and Marmion at the front.

Ray's Take: The 2015 Mustangs fell into the toughest top-end sectional but came up 4th behind some fantastic teams. The much younger 2016 Mustangs look much different but aim to have the same goals. "After Pipilas, Siuda and Ghosh, we have a lot of question marks," says coach Brian Caldwell. "However, we probably have the largest pool of potential we've ever had to pull from. A number of the following guys could be top 7-12 and with some breakthroughs could end up as good as our number 2."

Improvement from last year will be difficult, but Stephen Pipilas and Eddie Siuda, running at the front, will aim to give the Mustangs the lowest front sticks possible. There exists a large, large gap behind the top 3, however, so South will have to dig deep into the arsenal to come up with another state qualifying team.

Coach Caldwell: "The commitment displayed by this group already has been tremendous. Every year starts with an entirely new team and therefore the important aspects of chemistry and culture to some extent have to start from scratch. After losing a senior class that brought the program to new heights last fall, we have a group this summer that looks to take another step forward instead of regressing. It'll certainly require a full team effort this fall and a number of major breakthroughs, but we feel it is realistic and reasonable to aim for bettering our team performance from last fall (12th at state)."

Ray's Take: A few teams finished just 1 point away from the state meet and unfortunately, United Township was one of them at the southern IL sectional. In 2016, however, the Panthers come back with a true front runner in Dalton Martin and an array of senior runners behind him. The likely 2-4 runners will be Nathan Scherscehl, Sawyer Swearingen and Trevor Viren.

Coach Wallaert's outlook: "The team no doubt would like to compete to the best of our ability at the Western Big 6 conference meet and qualify as many athletes for the state meet. Although we qualified two individual runners last season we finished 6th at the sectional meet as a team just one point out of the last qualifying spot. A top five finish this season at the sectional is a definite goal."

Ray's Take: Southwestern Conference power team Edwardsville has been down for a few years but the young, improving team returns all of their varsity team from 2016 to make a run at a top 5 spot in their home sectional. Frankie Romano is the front runner and returns from a good sophomore campaign, followed closely behind by Max Hartman, Sam McCormick and Luke Raffaelle. The Tigers' strong group of incoming freshman will also contribute right away, and may make Edwardsville a team to watch over the next 3-4 years.

Ray's Take: The Vikings out of Geneva have enjoyed success at the frosh-soph level for a number of years and hope to make an impact in the Upstate 8 and especially at the West Aurora sectional, where they finished 7th, not too far outside of qualification. The Vikings, who ran their best cross country of the year in October in 2015, return their #1, Tyler Dau. Dau narrowly missed an individual qualifier at sectionals but returns in the hunt for an all-state spot. The Vikings return enough depth to field a strong pack behind Dau as well, particularly Boon Andrews, Brian Kuehl, and Josh Rodgers. The Viking's average 3 mile time could drop below 15:30 if a strong 5th runner develops during the year.

Ray's Take: The Hilltoppers will have a little bit of rebuilding to do, and look at their sophomore class as a source of depth and varsity scorers in 2016. Cameron Benes and Will Buechner will have to emerge as front runners as well for West to make a run at a state qualification as well. Wait as well to see if Kalen Yeager can return from a handful of injuries to contribute to the squad.

Coach Nugent: "We have two main goals for our varsity squad.  The first is to be competitive within our conference.  If we can compete with the other teams in our conference, that is always a good sign.  Secondly, we are hoping to qualify for the state meet."

Ray's Take: Mundelein may have been in a distant 14th place in their sectional race, but their team was loaded with freshman and is now majority compromised of class of 2019 runners. Ben Krauss, returning after missing 2015, has the slight edge for #1 but their sophomore pack of Robert St. Clair, Dario Carrillo, Michael Parduhn and Alan Salgado is immediately behind Krauss and of note for Illinois cross country fans to watch this year. Mundelein is an excellent, young team and one of the bright squads to watch for especially in 2017 and 2018.

Coach Rutz on his top runner: "My senior, Ben Krauss, is returning after missing all of last fall due to a Staph Infection.  Spent several weeks in the hospital, and spent the whole track season getting his strength back.  He's come back strong, with an 8th place finish at Detweiller at Dark.  Could be a real breakout season for him."

Ray's Take: Central was a state qualifier in 2015, and although they finished 23rd, return the type of depth that could bring them back to Peoria out of the West Aurora sectional. Two Thomases, Shilgalis and Chavez, lead the pack and have an array of runners that can score not far behind them, including a tight pack of inexperienced but talented freshmen who can make an impact, says coach Ashton.

Ashton and the Redhawks have their sights focused on what they can do as a team, he says. "We aim to have an elite mindset in every aspect.  We believe that results will take care of themselves if we can establish and cultivate this mindset.  We don't want to place specific goals for our team or place limits on what we can achieve, because that is the unknown, which we, as a team, have a large say in determining.  We place an emphasis on the fact that we can only control what WE do.  Having said that, it is our expectation as a program, that if we do things the right way, we will reach the State meet, at a bare minimum, every year."