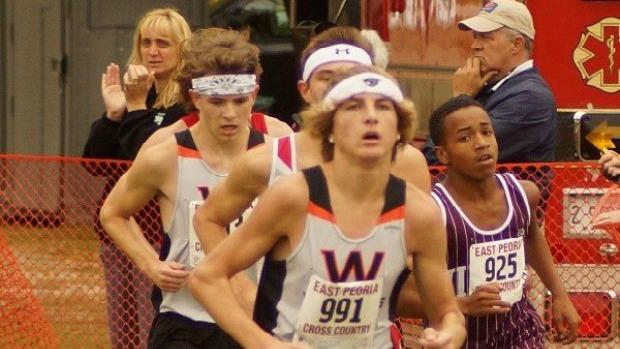 Ray's Take: A crowded junior class packs the varsity team for the Lions, but the St. Viator team is led by Sam Brey, who improved a full minute from the 2014 state performance to 2015. St. Viator demonstrates a solid pack that puts them back into contention for a spot at state, but the team lacks depth and will have to improve on that front throughout the year. Keep an eye on freshman Patrick Natimdim, who has a good shot at making the varsity team, reports coach Wayne Edelman. If the Lions can qualify for state this year, it will be their fifth state berth in the past six years.

Ray's Take: Although a small team, Limestone is young and has an enormous amount of potential. The sophomore dominated team is led by Yuke Yocum and Jacob Harrison, both scorers from last year's postseason roster. It may be difficult for the Rockets to make it out of the deep central Illinois sectional in 2016 but watch out for this team in 2017 and 2018.

Ray's Take: Fenton finished three points out of state qualification in 2015 and could be sneaky good in 2016. Speedy #1 option Jose Vazquez-Perez was 54th as an individual and will have a few chances on fast courses to approach the 15:00 barrier for 3 miles. A decent pack leads him, including Christian Sanchez, Harry Contreras, Anye Whyte, Alex Whyte and Eduardo Garcia. If the entire pack can sneak below 16:30 then they should qualify for the state meet and redeem a close call from 2015.

Ray's Take: Brother Rice was not quite within shouting distance of state with their 6th place finish at Wheaton Academy, but will be shooting for a qualification in October. Although small in numbers, Rice has quality runners, starting with Joe Sweeney who was an individual qualifier in 2015. Sweeney could be top 10 in a tough Chicago Catholic League. The scoring pack will consist of Jack Mongan, Justin Frias, Steve Sloan, and Dan Spellman. The depth for the Crusaders drops off afterwards and will have to improve if Rice wants to field a team ready for state.

Coach Tom Wazio's Take: "Goals this year are to qualify for the state meet.  Summer training has been sketchy in terms of consistency.  We have a small team, so it is vital that everyone performs to their abilities when it matters. We have to do everything right if we want to have a chance to compete with these high caliber teams. However, I do know that whatever Sectional we will be in, we will need to be at our best on that day in order to have a chance to run at Detweiller."

Ray's Take: Mather returns most of their state squad and has two strong front runners in Jeremy Bekkouche and Audiel Perez. These two will have their presence felt at the Chicago Public League championships for sure and represent important low sticks for Mather as they attempt to qualify for the second year in a row. Although they return much of their team, their pack falls 70-90 seconds behind their top runners, so their crowded group of varsity runners will have to produce a more consistent group of pack scorers if the Rangers want to compete for the CPS league and qualify for state once again.

Ray's Take: Half of the varsity team graduating leaves Payton now with a young varsity team, but still capable of being competitive in the Chicago Public League and the city-based sectional in 2A. Payton has a strong top three which consists of Matthew Marchbanks, Alejandro Vargas (who was an individual state qualifier), and Charlie Pillsbury, all three of whom who ran their best races at the end of the season. Keys for the Grizzlies on the Near North side are sophomores Freddy Martin and Thomas Gohres, who can bring the scoring total down significantly with improvement from 2015. Payton is on the cusp of a team berth to Peoria.

Tony's Take: The 2015 runner-ups at the Mid Illini Conference are led by Drew Fick, who was an individual qualifier in 2015, and Carson Potts, who has the ability to run with Fick as well, says coach Chris Friedman. The team is full of improving runners, as well as a handful of new runners improving quickly, and are in a position to chase Metamora for the conference title. Friedman: " The Mid-Illini is always tough and this year will be no different. Metamora are Coach Jones are always the favorites. Our goals are always to win the conference meet and qualify for state. No need to change those goals for this team."

Ray's Take: Nathan Soria has led the Maple Leafs for the last few years and enters his final year leading a solid squad coming off a top 10 finish at the Normal U. sectional. The pack behind him is tight (runners 2-6 have PR's within 20 seconds of each other) and this can prove to be valuable for the NIC-Big 12 members. Geneseo is one of a handful of northern Illinois teams with a particularly strong sophomore class: Peter Rizzo, Andrew Rizzo and Kaden Rink all ran varsity postseason meets in 2015 as freshmen.

Ray's Take: Glenbard South loses a significant amount of talent from last year's 21st place team, between graduation, transfers and other sports. Ethan Sowl and Joey Wood are the only returners to watch from last year for this year's top 7 at South. Coach Gorski on this situation: "It's hard to say who will end up in the top 7 at the end of the year based on the summer, so it is wide open at this point." A successful season this year for the Raiders will be a state qualification for the 7th consecutive year and a top three in their powerful Metro Suburban Conference division, racing against Fenton, Wheaton Academy and newcomer Illiana Christian. 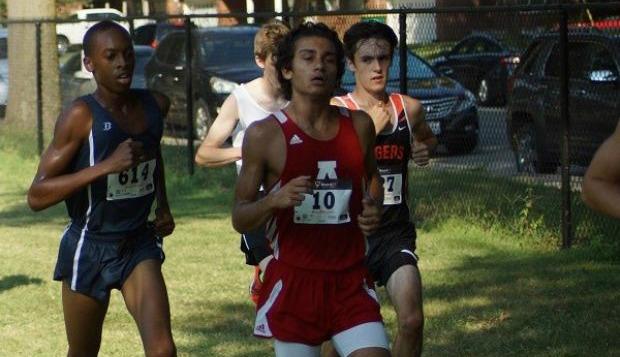 Ray's Take: Jersey High's team is headlined by all-stater and 4:19 1600m runner Ben Flowers. Flowers is a good pick to finish in the top 5 and certainly will be representing the Panthers in November. Whether Jersey will have the whole team there or not is dependent on a young pack team, filled with sophomores, and led by Christian Cazier and Andrew Bertman, both of whom ran good summers, reports coach Harold Landon. If Jersey strengthens with 4 and 5 spots with Andrew Bryden, Asher Stidd or Grant Morgan, they will give Mascoutah a run for their money in the Missisippi Valley conference.

Ray's Take: Lakes is a young team that is poised to surprise some people in 2016. A conference switch from the North Suburban Conference to the Northern Lake County Conference changes the complexion of conference competition for the Eagles, who will compete with Grayslake Central, Grant and Grayslake North. Jeremy Wallace is a dependable #1 option and is joined by Kael Moran and Jack Erwin, who is the pack leader of a very good sophomore class (5 in the top 9).

Coach Travis Shepherd's Take: "We must qualify for the the State Finals. Our team is 12 years old and has never qualified as a team. While this will be a difficult goal, it is within reason for us to be able to achieve this. We lose 14 seniors and the best class in Lakes history. We bring back a talented group of Freshmen who ran 8:50 (4x8 relay) and had 4 members break 5 in the mile. Combined with the highest mileage Summer in our brief history, we are positioned to be very competitive. We have a trio up front who will get the job done. Our F/S pack last year was usually 30 seconds or under. We will need those Sophomores to step on to the varsity stage and lower their times into the low 16's while maintaining that tight pack."

Ray's Take: Mascoutah is a consistent 2A XC program and typically finds itself among the contenders in October. In 2015, Mascoutah finished just 5 points behind Carbondale at the regional but finished much further back in a difficult sectional race. The Indians return #1 runner Ethan Price, who could be running for an individual qualifier as well. Casmir Cozzi, Chris Crossen, Patrick Thompson and Chris Furgeson-Scott join Price and could qualify out of the southern Illinois sectional if the pack runs closer to 16:30 and below.

Ray's Take: The Taylorville Tornadoes return most of the varsity team and are very top-heavy, sporting Lawrence Curtin and Luke Sloan who were both individual qualifiers to the 2015 state meet. Although they were just four points from winning their home regional, their lack of depth proved costly at the Decatur MacArthur sectional. The Tornadoes will have to look for improvement from Will Walton, Seth Sloan, Reese Bergschneider and Ryan Brown to work towards a top five spot at sectionals, especially coming form a crowded central Illinois. They also will be competing for an Apollo conference team title, where Taylorville finished runner-up to Charleston in 2015. Sloan is the defending conference champion, and Curtin is the third fastest returner.