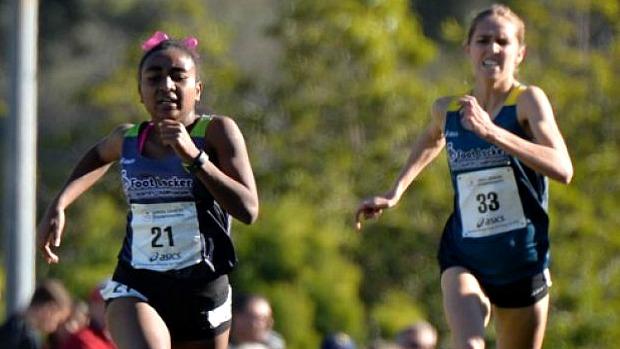 No matter how you try and spin it, distance running in high school is enormously popular. Shoe companies love high school kids who run fast and courageous. Just ask Nike, Saucony, Asics, Adidas, and New Balance. These global bosses spend millions of dollars every year marketing kids in cross country and distance running on the track. Illinois girls have taken advantage of it too. Now more than ever they are competing in post-season competition and the national rankings bear the proof. We are in a renaissance of distance running within the land of Lincoln. There is no end in sight as long as coaching, interest, and branding continue to follow suit.

Outlook: Maryjeanne is the state's overall top returner from the outdoor season despite competing in the anonymity of Class 2A. This is not a disrespectful tone toward a classification that has only existed since 2009. But the fact is the talent level from top to bottom has been diluted and it has been hard to produce more than a few great distance runners collectively. Hopefully after Maryjeanne's amazing run in last fall's Footlocker Cross Country run will spark some of her peers to step forward and produce some blazing marks on the track. A slew of quality runners are poised to shine this season. State-Runner up Miranda Kruiswyk came out of nowhere to beat Vivian Overbeck in the final stages. Kruiswyk had a slight mishap at the end of the cross country season, but should be ready to go along with teammate Frannie Verville. Kate Jacobs and Delaney Appino are candidates too.

Outlook: Maryjeanne Gilbert.... it's hard to believe a supreme talent such as Maryjeanne has not broken 5:00. Some have claimed that she doesn't have the necessary leg speed to be among the distance greats in this event. Well the counter argument could be made that Maryjeanne has put so much more time and effort into cross country. She has by her own accounts limited her indoor racing to pound the pavement with mileage- upwards of 70 miles per week at her peak training. Perhaps a thirst for endurance training can diminish Fast-twitch fibers, but it should never prevent a super runner from reaching her potential. Expect everything to change this spring because Maryjeanne will run well under 5:00. We may even see a mark close to 4:50 when it's all said and done. Madison Ronzone emerged on the scene last season under the shadow of her teammate Emily Martin. Now as a top returner in time and state placement (2nd), Ronzone will be very difficult to contain. Of course other names will emerge as the season progresses and it will be fun in following along.