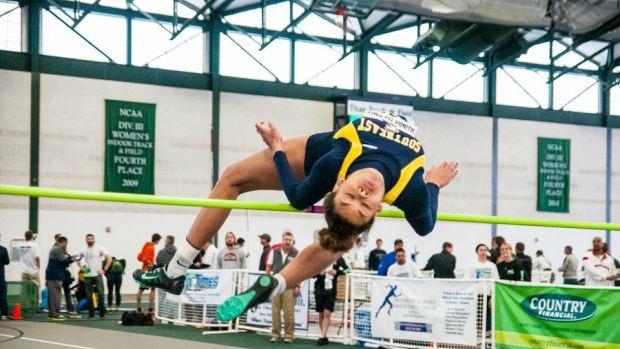 Season outlook: The arrow is pointing up for this event with 11 of 12 state finalists returning. The defending champion Rayneshia Lewis got the job done despite an abbreviated outdoor season due to injury. Lewis is a standout basketball player who should be ready to go once that season concludes. Lewis has a personal best 19-1 from two seasons ago. She will need every bit of that in keeping her crown away from fellow talented leaper and list leader Imani Carothers. Expect Carothers to be consistent in her second year and become the next great CPL jumper. She is already the classification's best short hurdler. Lewis' teammate Mariya Hudson is one of the state's premier sprinters and very capable of taking the jump crown and making it hers if she wants. No one can get comfortable this season with the top five leapers returning on record.

Season outlook: Kassadee Ifft is destined to be Illinois' next 13-foot vaulter. The well traveled Ifft happens to be the state's top returner at 12-6 though her best 12-9 came in 2014. Getting another state title and a shot at a possible world junior team should be the order. Aliyah Welter did a solid job in her introductory season and will look to make a serious move to be an elite vaulter this season. Look for new move-in Nicole Bagwell from former 1A Tolono Unity. Bagwell competed in the World Youth Trials last summer and that big time game experience will go a long way in competing in a stronger league. Overall, the 12-foot vault club should expand in 2016.

Season outlook: Jamari Drake won her first state title by less misses over Christina McNab last May. Although it was a cause to pause and celebrate, Drake was sitting under the medals stage tent less than satisfied. She indicated that the 6-foot threshold has been on her mind. It should be noted that getting into that territory is incredibly difficult as only a small hand of Illinois preps have achieved such status. One thing for sure is Drake is going to face more adversity against McNab and her own emerging star teammate Lunden Henry who won the Top Times Indoor title. We may not see a 6-foot clearance this spring but 5-10 may be in order.