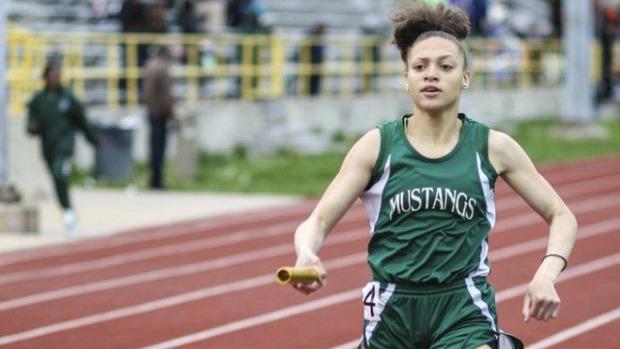 Relays in 2A will be strong as it is in other classifications. A few teams from 1A and 3A move in to add some quality depth. Chicago Morgan Park racked up heavy in the the 4x1, 4x2, and 4x4 which helped them earn a team trophy last May. Let's take a look at all four disciplines.

Outlook: Montini waged war against Rosary who many thought going in would win the state title handily. Montini happened to be deeper over the final two legs and with their ace Gianna Salzbrunn on anchor it was curtains. Montini may be the team to beat again with three legs back with means there should be no reason for the Lady Broncos to run slower than 9:25 at the end of the season. Normal University and 2014 state champ Washington return some veteran firepower.

Outlook: Morgan Park is one of the original pillars of super fast running in this relay. The Mustangs once held the all-time record and own the most state titles. They were one of eight teams that broke 48.00 last year, which is an amazing accomplishment. However, the biggest challenge for the Chicago southsiders is replacing three legs. The key loss is Jada Laye who transferred to a high school in Texas. She will be a devastating loss because she was one of the best individual talents in the state. Kankakee will take a big hit as well with three graduates including the fast Tyjuana Eason. Kaneland returns all four legs from a fourth place team and they are team that could be standing on the top of the podium in May. Springfield Southeast and especially Cahokia did not run their best units in the state series a year ago. Cahokia, for example, spread out Mariya Hudson and Raynesha Lewis in individual events where they earned big points. The Comanches may once again be among the best on paper but not at the state meet.

Outlook: Once again it will be interesting to see how the defending champions will reload with several big losses. If any team can do it is Morgan Park. Hall of Fame coaches Derrick Calhoun and Monica Dawson have done over and over again. Rich South ran the second best time last year in finishing second but they were nearly two seconds back. The Stars can only get better as all four legs return plus a transfer or two. They are truly an emerging group without a true individual talent and just like the 4x1 they may be able to garner more big invite and state series points going the relay route. With Galesburg moving up to 3A, teams like Chicago Brooks and Clinton have an opportunity to shine.

Outlook: The Showstopper is an event that Morgan Park has dominated through history. The Mustangs nine state titles are the most in IHSA history. It will be tough to add #10 now that Likkaya Keyes (So.) moved to Rich South. Kaneland looked strong in finishing second last year and the Knights return all four legs. Rich South, Springfield Southeast, and Kaneland all bring back nearly full squads. Outside of the 4x8, this relay may be the deepest on the event log.