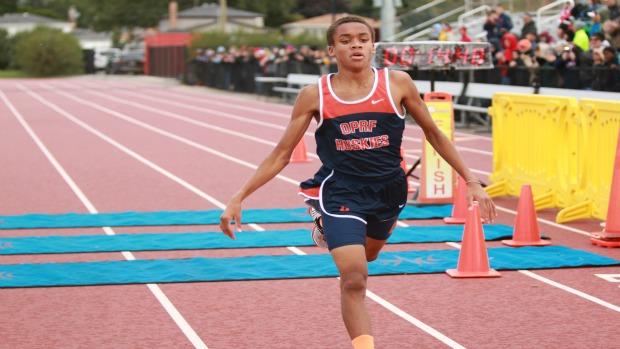 The "Season's Change" theme so famously brought into focus on the Spikes and Flats web show powered by MileSplit Illinois was incredibly appropriate this morning. It was downright windy and unseasonably cold today at Niles West High School. Although the air temperature said 53F when the varsity races started, the real feel was really in the 30's. Whatever the deal was, it was time to get accustomed to real cross country climes a month early.

Summary: OPRF won this race very handily despite missing several of its veteran runners due to sickness and other items. The Huskies put all five scorers in the top 20 and averaged 15:37 on five runners. Top dog junior Irwin Loud decided the morning of the competition to lace up the spikes and give a go. Let's just say that he won easily. Loyola hung on to beat upstart Oswego East and rival St. Ignatius who took third. The meet was scored as a single flight as opposed to the Red/White divisions of the old days. No more split champions.

Loud might as well been called "Flash" because he was not sighted until after the race was won by his competitors. "I thought I was going for the win until I heard Loud had won," said third place finisher Walmer Saavedra of Chicago Lindblom. He wasn't aware that Loud bolted out to a 20 second lead in the first mile (4:45) and stretched it to nearly 30 seconds long at two miles (9:45). Loud cruised home in a tempo looking 14:46 and without his trademark Orange sunglasses which he ditched just after the mile on the course. Loyola Academy junior Paolo Tiongson out-sprinted Saavedra to the finish to take second 15:13-15:14. 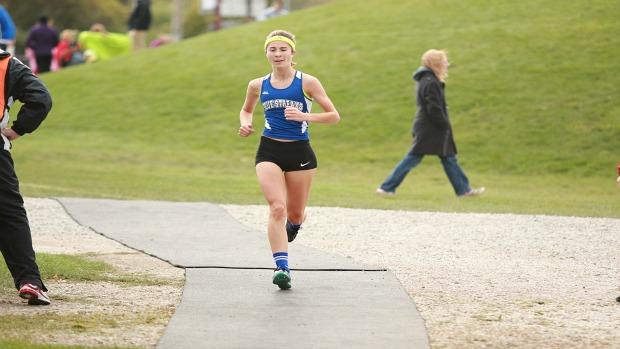 Summary: Oswego is a name that is emerging on the cross country scene this season in a big way. The elder Oswego girls have moved steadily up in the Saucony Flo 50 Rankings. Oswego East is emerging as well. It is a school that spawned from Oswego HS in 2004. Now maybe the Lady Wolves can be a team to watch as the post-season is approaching. A 50 second spread from 1-5 which landed all five scorers within the top 50 was good enough to hold off 2A #10 Montini Catholic by 10 points. Montini is a strong front running team who had three girls in the top 10. However, the Broncos were hurt in the back of the pack. The fourth and fifth scorers placed 50th and 74th.

Junior Kate Jacobs from Woodstock is a name that you better remember in a month from now. Jacobs is a name that has been bubbling for over a year now. She just missed out on all-state cross country honors finishing in that heart breaking 26th place slot. She was able to grab a medal in track via the 1600m. Jacobs competed in her third race of the season after dealing with some leg issues early on.

The opening pace wasn't as excited as the Loud's scorcher though. Jacobs opened in 5:55 for the first mile, well ahead of the field and continued to lead comfortably through two miles in 12:00. Jacobs pretty much maintained a 20 second lead throughout her running tour before settling for the win in 18:18. Hailey Hanson (So., Trinity) and Emma Dzwierzynski (Jr., Evanston) broke away from the pack after the second mile and dueled all the way to the finish line. Hanson held on for second with a personal best 18:37. Dzwierzynski copped the third spot in 18:38.

LOOK FOR FULL RECAP STORY PLUS VIDEOS AND PHOTOS ON SUNDAY!