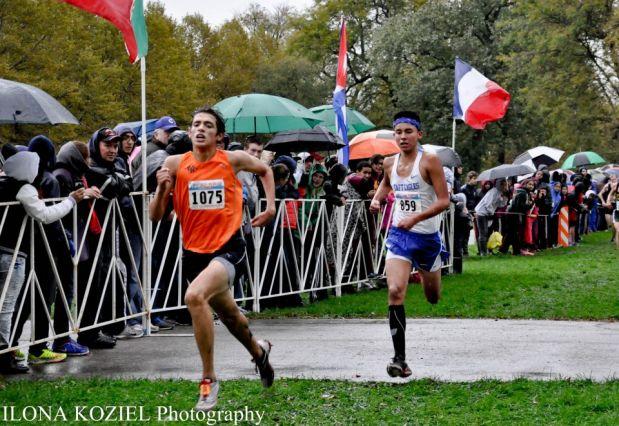 Ray's outlook: Here they are, Illinois: you surprise team for the 2015 preseason rankings! Whitney Young’s frosh/soph team has been incredibly good the last couple of season, and now they are slowly maturing and bringing on board even more talent. This is going to be an extremely dangerous, young and energetic team coming out of the Lake Park Sectional in November. Possibly the most exciting aspect of this team is its likely frontrunner, sophomore Clayton Mendez, who was the fastest individual qualifier out of Niles West as a frosh last year (fourth place) and went on to finish 58th in his first ever state meet. His 9:26 at the Wanner Knights Invitational shows that he progressed well through track and his goals are high for this fall. He is followed by Keduse Worku (4:26 1600m) and Sam Wischnewsky, who have been very consistent for the Dolphins’ varsity cross country teams the past two years and look to contribute from the top as well. Mid-distance man Evan Radomski will be taking more of a leadership position as a junior now and will be an extremely important component of this team as well.

Look for Ryan Wangman, William Szkwarek, or Charles Sandburg to help fill in the gaps, especially at the beginning of the year. Whitney Young is bringing even more young talent on board, however, and are adding to runners with success at the IESA level, Sam Rivera and Charlie Nevins. “This is a really exciting time here for us,” says Coach Billy Poole Harris. “For years now we have been trying to change the culture of this team, and now we have a full squad of guys who have bought in and are focused. They know how good they can be. Keeping focused on the training and on improving ourselves and each other is what keeps us humble. We learned a few lessons placing third at the city championship and we know it’s a tough sectional. But we are ready.” Whitney Young will enter this season as the favorites to win the City Championship, and heavy candidates to compete for a spot down to Peoria out of the Lake Park Sectional.

Ray's outlook: Similarly to Whitney Young and Oak-Park River Forest, the Lake Zurich Bears have shown incredible depth at the Frosh-Soph level over the past couple of years and now their team begins to mature and show their potential out on the course. This was previewed as well by a very impressive track season, particularly by rising juniors. Of course, we have to begin with Matt Pereira, who is the number one returning runner in the state and likely returns as the favorite. Pereira has had injury issues to navigate throughout the course of the summer and will be running on a different training progression than the rest of the team, especially looking to the postseason. Provided that Pereira will be healthy come state meet, his possible 1 point stick will be vital for the Bears.

After Pereira runs Kyle Griffith, Patrick Burns and Brian Griffith, who all run well last cross country season but broke out during track. Their fifth will likely be Matt Milner, another sub-10:00 3200 runner, and this group will be supplemented by Kyle Fitzgerald as well. However, there is a major drop off in depth after these first six and this could present a large problem for coach Hanson and the Bears. More runners will need to be able to step into varsity roles for this team to contend for a trophy. Regardless, the talent at the top end of this team is undeniable and most of the top runners will be returning next season as well. This is indeed a very exciting time for Lake Zurich, who will be the class of Northern Illinois Suburbs this fall. 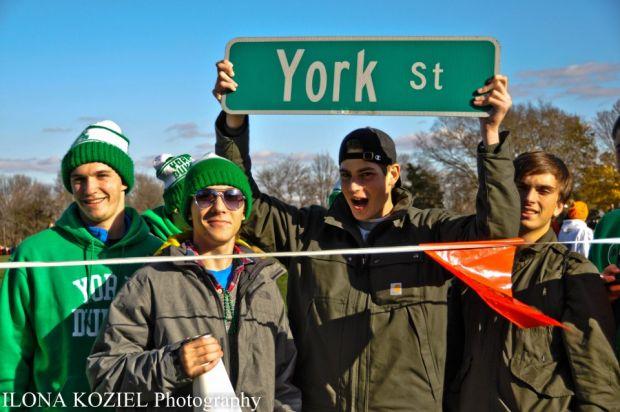 Ray's outlook: York’s trajectory last fall was one of the most unique the state has ever seen. After a half century of state championships and top 5 finishes at State, York barely qualified out of the Niles West Sectional, tying for 5th and narrowly keeping the longest streak in the state alive. Then, the Dukes finished sixth the following week at state and nearly qualified for the National Championship meet by finishing within the range for a possible at-large berth at Nike Cross Nationals Midwest (3rd). Needless to say: do not expect the same kind of drama from York again this year.

Charlie Kern the younger is one of the fastest sophomores in the country and will be competing for a state championship as an indivual this year. Following him will be a similarly strong York pack returning with state experience: Max Denning (73rd), Liam Hill (90th), Jon May (97th), Devin Davies (109th) and Tom Devereux (168th) are all members of that surprising 6th place team from last year. Plenty of depth follows this pack: Creighton Wolff and Jackson Bode are both sub-10:00 3200 runners. Robert Tomaska is a strong 800 candidate with a 1:59. York enjoys an embarrassment of riches this fall and returns as the heavy favorite to win the Lake Park sectional and return to Peoria once again. This time, there will not be as much drama.

Ray's outlook: The first trophy team from last year makes their appearance on fourth on this year's rankings, however, for all intents and purposes, the #2, #3 and #4 teams are all so close that these teams will interchange constantly throughout the course of this season. The Lions typically cracks the trophy discussion with a strong pack and a low split, but this year they will have the luxury of a couple front runners. Connor Madell finished 15th at last year’s state meet and is one of the top runners returning in the state. He ran a very impressive 4:14 1600m this past spring as well. Vince Zona finished just ten places outside of all-state as a Sophomore and will provide a very strong 1-2 punch for the Lions. There are a few options for Lyons after these runners: Danny Kilrea and Matt Begeman are both 9:50-range type runners and will help fill out the pack well, and Andrew Best and Alex Pall (whose summer was especially strong, as displayed by a strong showing at Detweiller at Dark) along with Tim McCarthy will likely be your runners in the top seven for Lyons this year.

Coach Michael Danner: “Goals for this season are that we would like to improve [on our state finishes]. 3rd in 2012, 4th in 2013, 3rd in 2014.” Lyons will likely ignore the press they receive; they are the first of the four teams most commonly listed by Illinois coaches at the strongest teams in the state. Their depth and program strength land them this high on the countdown, and they have proven countless times that they run well when it matters. You should expect no different this year.

Ray's outlook: The two-time defending state champions will surely be hunting for a three-peat, and although the competition will be especially stiff this year, the Red Devils bring back a lot of very worthy talent and surely will be in the trophy conversation throughout the year. Blake Evertsen and Chris Brenk are Hinsdale’s returning All-State runners, and their 12th and 25th places may be improved upon and give the Devils very strong scoring power at the front end. Ethan Planson (142nd) received very valuable experience as a sophomore and ran a strong track season, posting 9:51 and 4:38. There is much depth behind him although there is not a lot of state experience.

Sean O’Connell, Andrew Irvine and Ryan Doorhy are all 10:00 3200 runners. Coach Jim Westphal pegs these runners along with Jacob Belgrad and Yuji Cusick as runners who will be competing for varsity spots during the year. The type of depth development that Hinsdale Central has displayed over their two championship seasons is tough to ignore and although on paper they return fewer runners than the teams surrounding them, they will surely find runners to fill in the missing scoring spots.

The attitude of Coach Westphal outlines the disciplined focus that the team has as well: “Training has been consistent this summer. A continual challenge is ensuring that all of our athletes are healthy. Our goal is for each athlete to experience consistent, uninterrupted training starting in early June in order to be prepared for the fall. Our team goal is simply to be a better team in 2015 than we were in 2014. That can mean a variety of things including competing at a high level week to week, creating a fully inclusive environment, getting better sleep and nutrition, and staying healthy.” Last fall I did not give Red Devils the title of being a favorite entering the state meet and they won. This year, they are still not the favorites, but do not count out this dangerous team for one second. They will be competing all the way through the end of the year.