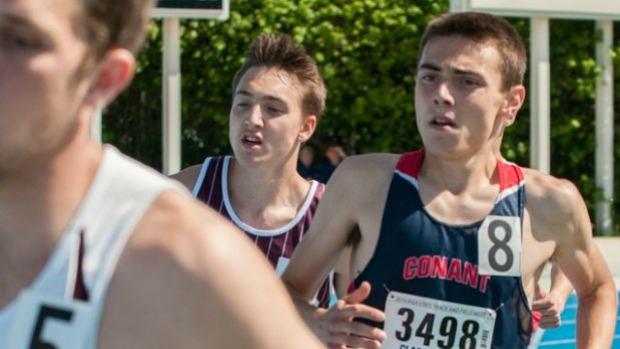 The chess game is on for the 47th Annual Wanner Knight Invite hosted by Prospect High School. Last weekend the Chicago land area was checked mate by unseasonably cold temperatures that caused many meet directors to cancel meets. The forecast for Friday evening is ticketed to be in the upper 60s, sunny and light wind.

The 4x800 field could be deceptive-

The 4x800 relay is usually the coming out party for many of the state's top relay squads. The race at least in recent years featured top notched marks. For example, Chicago Lane Tech snatched the #1 time in the state with a 7:49.57 and pulled three under teams under 8:00 enroute to the deepest finish of the 2014 regular season. Things may be a little different this time around if seed times and personnel hold true. Lane Tech is not the same blitzkreiging crew from last year. The Indians have lost two key legs to graduation and one of their new fill-ins senior Arturo Cardiel is on the shelf. Will Lyons Township unveil their strong unit featuring seniors Alex Lima and Ben Gawthrop? The heat sheets say differently and their camp has been tight lipped about the matter. If the Lions go with a B-team then Hersey and Chicago Whitney Young have to be considered the early favorites. Hersey always compete well at Prospect Wanner and will have senior David Rodriguez ready to lead his crew. Whitney Young is a fast emerging team that broke 8:00 indoors. How about York? If 1600m state leader senior Matt Plowman stays fresh for his gem then it may be tough for the Dukes to overcome loaded up Hersey and Whitney Young units. 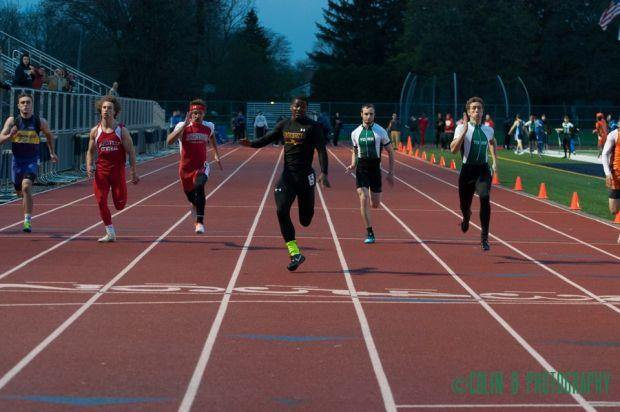 Sprint action will be highlighted by Shandall Thomas-

Of course there will be more to look at than just Schaumburg senior all-state speedster Shandall Thomas. There are the likes of Alex Teague (Sr., York), Corey Hertz (Sr., Lakes), and John Roberts (Sr., Zion-Benton). But Thomas is the man here. Remember he and his Saxon crew demolished the Prospect meet a year ago with two meet sizzlers in the relays. Thomas won the 100 and finished second in the 200 on one leg after dog tiring day. Roberts got the best of him in the latter race. There will not be any wind gauges to truly tell the legal aspects of the short dashes but you can go with the old school barometer: fast is fast! 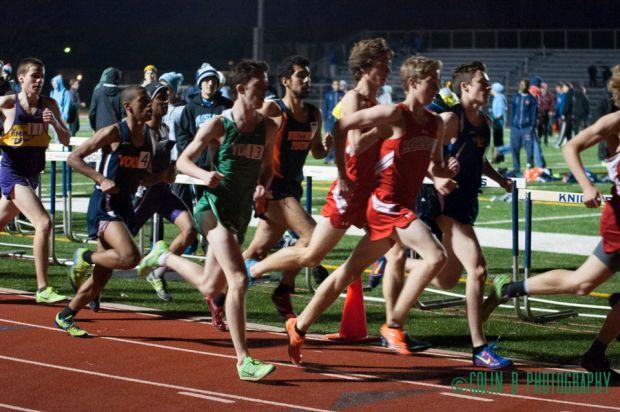 Prospect Wanner traditionally is where distance running lives. It is the so-called pre-state meet litmus test to see what individuals will be the top players in Charleston a month later. There is no doubt if the solid weather predictions hold true, this race is going to be something special. Let's start with Zach Dale (Sr., Hoffman Estates Conant). Dale has enjoyed a great last two seasons when he hasn't raced his future teammate Jesse Reiser (Sr., McHenry). Dale is a world beater in which Reiser is not present. Or is he? Dale won last year's affair burning the field on the last lap to run 4:12.09. Matt Plowman was not in that field though. Plowman competed in the 800m and won. Plowman did face Dale in last June's St. Louis Festival of Miles and bested his friendly foe 4:09.13-4:09.96. This is really not a rematch between them though. Dale has insisted that he is running against the clock. "I don't know how many people would be willing to go out in 2:03," Dale said jokingly ahead of the big event. Well, the fact that he is capable of popping a sub 4:10 time is not a joking matter. Stout runners like Pavlo Hutsalyuk (Sr., Lane Tech) ran 4:16.68 at the Dan Horyn Invite is well aware of Dale and is looking for the challenge. Add in IL #2 Bryce Richards (Sr., Mundelein) at 4:13.73. He placed third in the Kansas Relays and two seconds behind Plowman's top state mark of 4:11.43. The remaining portion of the field will feature Charlie Kern Jr. of York, Heath Warren (Springfield) and David Rodriguez. The entire field below: