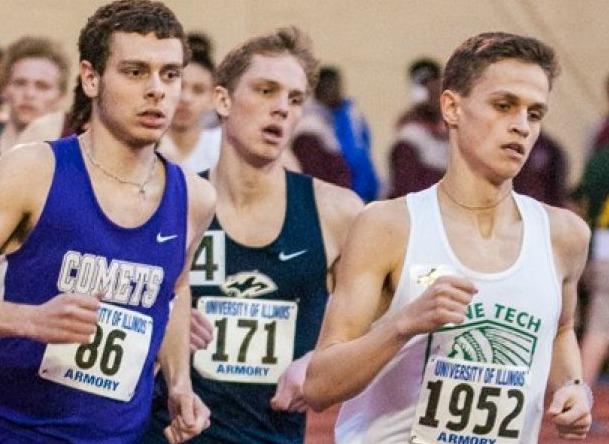 The fourth edition of the Champaign Centennial Charger Invitational went down in the books as one of the best run meets of this indoor season. The three-tiered meet is essentially a three level meet (F/S, JV, Varsity) when it comes down to times and personnel. Of course coaching staffs can deploy what ever line-ups they want in the "A", "B", "C" format. The "A" level is considered varsity though with A going last. But keep in mind the relays are one level and they are called "A."

One of the reasons this meet is such a painless process is because the founder and outgoing Centennial head man Greg Walters along with facilities manager Eric Vetter of the University of Illinois. They are a great tandem that produced literature prior to the meet and they stuck to the schedule. The meet would end on time despite the stadium clock going out.