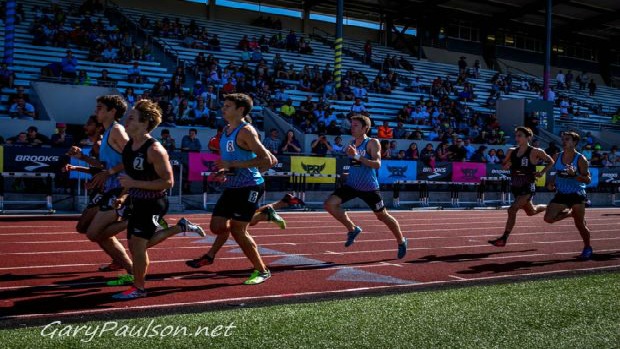 The recently O'Fallon High School graduate Patrick Perrier ended one of the most consistent running careers in recent Illinois history with a solid run at the prestigious Brooks PR in Seattle, Washington. Perrier finished the invitation only MILE clocking 4:08.25 that was good for fourth place. Perrier ran a fair race but a big kid that towers 6'4" above the vast majority of his competition should NOT have been bullied. He will learn to race to win in college if the mile/1500m is the calling. If not, he will be moving up to the 5k/10k variety.

The distance running scene down in southern Illinois for many years leading into the 21st Century was all about Edwardsville led by Stephen Pifer.  But as the calendar struck 2010 things begin to really change. O'Fallon jumped on the cross country scene with some big team performances. Individually, Alex Riba jumped on the scene first by qualifiying for the Nike Cross Nationals cross country championship in a winning regional effort. The 2013 track season was just as fruitful with Riba clocking 8:59.37 and 4:10.41. 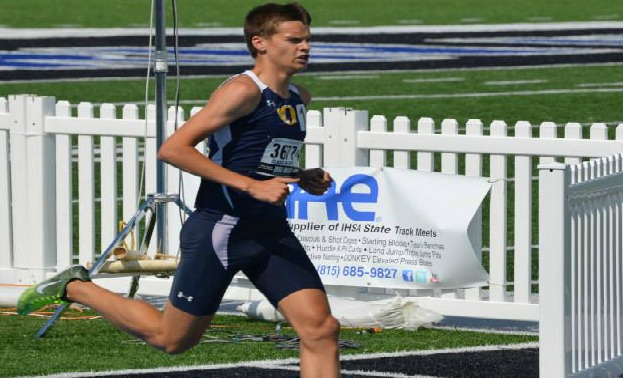 2014 was the apex of Perrier's long and prosperous prep career. After he won his first state cross country crown during the previous fall, he was more than ready for his last high school track season. After a fairly light indoor campaign in which he won the Illinois Top Times 3200m title in 9:13.22, his sights were set for outdoors. Perrier ran a personal best 9:00.45 in the 3200m at the Arcadia Invitational. The fact that he didn't break 9:00 (absolute goal that he set for himself) and was soundly beaten in the process by his state mates Jesse Reiser (McHenry) and Zach Dale (Hoffman Estates Conant) did not sit well with him. Perrier would get focused and score his first state title in the 1600m. He also dropped a personal best in the mile at the Festival of Miles in 4:06.70. 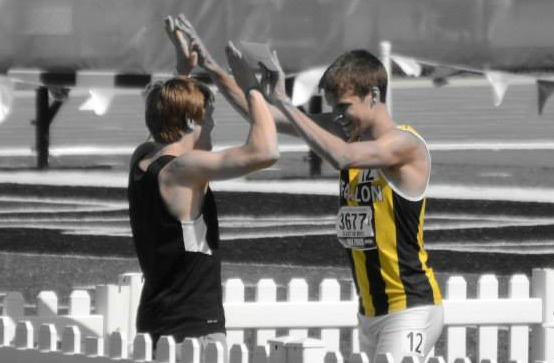 More importantly than all of the personal accolades that Perrier produced is the kind and generous time that he had given to his teammates, opponents, and especially the media. The well spoken Patrick Perrier who is headed off to Stanford University this fall rarely needed any prompts in conducting interviews. If his dream of being a high priced attorney, Olympian, and just a regular successful individual one day, it was our pleasure in watching him take the baby steps toward his ultimate goals.