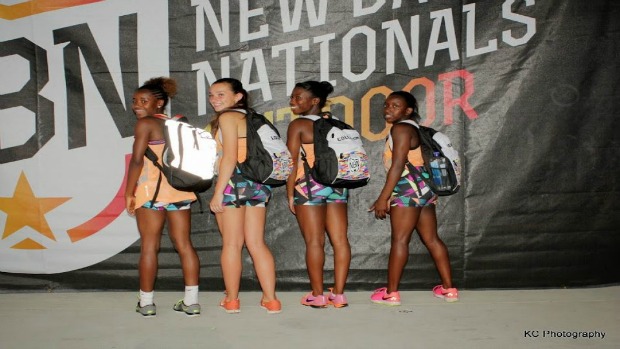 From Interstate inside of Illinois to Indiana, Ohio, West Virginia, Virginia, and finally the promise land known as Greensboro, North Carolina. The pretty sight was like scoring an NFL touchdown inside the massive University of North Carolina A & T Aggie Stadium.  The 2014 New Balance Outdoor Nationals was the site of the national championships and what a good meet it would be.

It is approximately a 12-13 hour drive to Greensboro from Chicago and during that time you are sure to get to know your athletes in ways you never thought were possible. I like particularly like music and I am very territorial when it comes to the radio station dial. So since I’m old school that means the kids had to listen to classic R & B and hip hop for the majority of the drive. We had satellite radio and the options of my favorite tunes were plentiful.

If you are a health nut and have to endure a long drive, then forget about getting a steady diet of the right food. Although we were stocked full of snacks such as granola bars, water, Gatorade, turkey sandwiches, and other quality goodies; it was the occasional Wendy’s or local chicken shacks signs that caught our attention on rest stops. It is also fun to try something new to eat in another state- especially in the deep south. 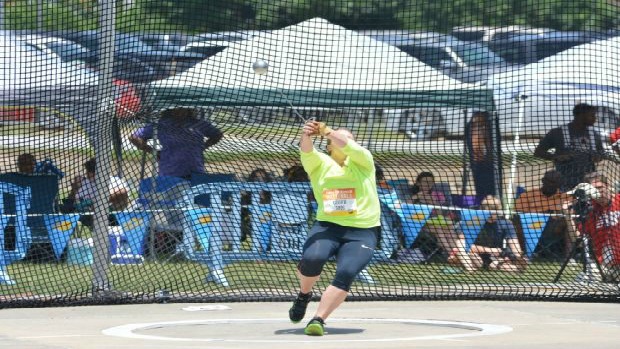 There was not a lot of track notable action on the final day Sunday.  But there were plenty of field events involving Illinois kids. The first event that I watched was the girls hammer throw. Let me tell you all right now: if the hammer throw were an official event on the Illinois high school track event log, this would be a very popular event. Lena Giger, who recently graduated from Highland, and will be headed off to the prestigious Stanford University in the Fall, was competing in the event. I asked Lena about competing in the event. “This is an event that I had always liked and I’m pretty good at it.” Giger apparently is real good at the event placing 4th with a sweet toss of 175’0” on her final attempt. This is an event that obviously isn’t conducted statewide and even if it was it would have been hard press to overtake her prowess in the shot put. Ironically, Giger did not even compete in the shot put at NBON. “Ugh, we kind of abandoned the event right now,” said Giger who unapologetically indicating a new love for the hammer throw. 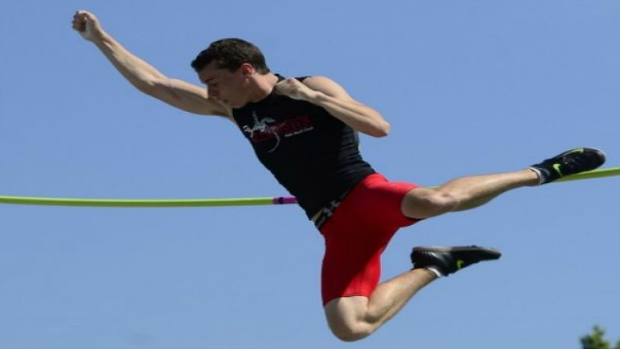 Carlinville's Jack Denby broke his favorite pole during the warm up... he later no-heighted in the competition (milesplit.com photo)

Jake Winder completed his secondary education at Plainfield Central High School several weeks ago. Since that period of time the state’s all-time best pole vaulter has had an opportunity to set up summer competition schedule before heading off to North Central College. Winder was mired into a dog fight with US#1 Brandon Bray of China Spring, Texas and US#2 Devin King who hails from Sumner, Louisiana. It was a true power summit meeting of the top three vaulters in the country. Bray bowed out at 16’4” after failing to clear 16’8”. Winder took flight on 17-foot in which he missed badly in his first two attempts and cleared with authority on the final effort. King hit on his first attempt at 17’3.75”. Winder missed on his first two attempts before passing and going for 17’7” which would be a new personal best. He no heighted the effort and was done. King hit on the mark in his second attempt. King went for the meet record and cleared 17’7”. 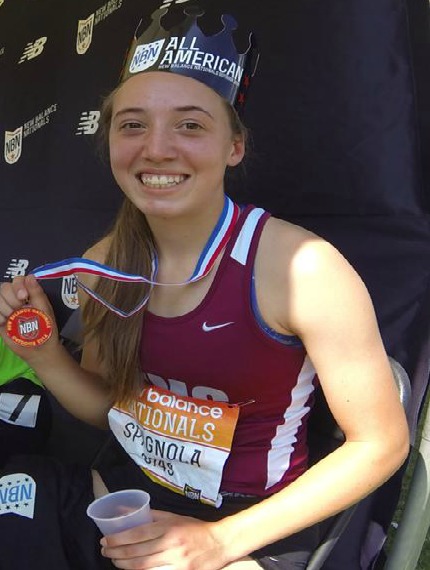 The West Aurora graduate Emma Spagnola competed in the 400H and earned All-American honors along with a personal best of 59.22. Her time is currently US#3 in an event that usually sees heavy action on the summer circuit with the USATF rules in effect. Emma was expected to be among the top six in the long jump, but the toll of the heat plus sitting around in the 90F hot sun waiting for the awards presentation certainly hurt. Did I mention the recently completed 400H was just too much to handle as well? 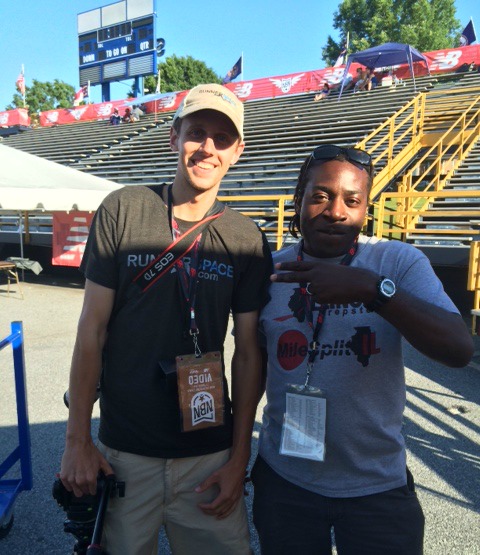 One of the things that I like to bring out of a track meet is the personality of the sport. Over the past season we have worked to do some of those things. During the New Balance Outdoor weekend for instance, Abe Jones and me went to see the vendors. They function as a key component at a track meet. Besides the product they sell they all have unique stories in why they got into the business or their association with a meet such as NBON. We were able to capture the moment called "Spikes and Flats: Inside NBON.  We also caught a dance party sponsored by New Balance. It was fun seeing the energy displayed the athletes there. Having fun is all part of the game. Working alongside colleagues from other networks is also cool. Milesplit and Runnerspace has enjoyed the luxury to work and play together. Believe it or not there are friends on all levels of the media game. I got a chance to see my former senior editor when I was with Dyestat in Steve Underwood. Steve is now with NSAF and doing a great job. Doug Binder is now the top man at Dyestat and I've worked with Doug in the past. Both guys are still my friends and we were able to share several laughs and information while in the line of fire. I also got to meet Runnerspace's Ian Terpin. He is also a nice dude. All in all it was a great weekend in Greensboro, North Carolina. It was a perfect way to enjoy a track meet and end such a hectic and stressful year on a very positive note.