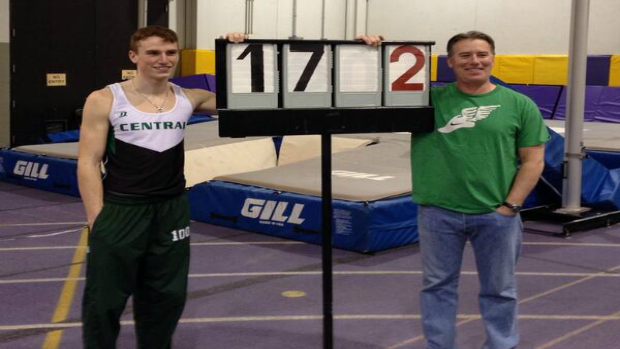 Milesplit Athletes of the Week: Week #3

Milesplit Illinois is pleased to announce the athletes of the athletes for week three. Congratulations to Luke Winder (Sr., Plainfield Central) for the boys award and to Emma Spagnola (Sr., Aurora West) for the girls.

Plainfield Central senior Luke Winder had two older brothers (Jake and Josh) to look up to as peer role models growing up.  Jake was the first among the brood to win a state championship back in 2006 while competing for Plainfield South.  Jake’s best was 16-3 in high school. Josh took matters a step further in 2009 at Plainfield Central when he vaulted 16-9 and won the state championship. Josh went on to win a national championship for North Central College in 2013.

The great pole vault lineage started with proud papa Tim Winder who won the state vault title back in 1979 for Woodlawn. Senior Winder is now the assistant coach/vault coach at North Central College. He has had the pleasure of coaching older sons Jake and Josh to national titles at NCC.  Luke will be vaulting for his father next year keeping the vaulting bloodlines open.

Luke is the last of the Winder bunch and the best to come through the high school ranks. Luke was a late starter in that he only cleared 13-9 as a freshman before blossoming up to 16-10 last indoor season as a junior. Luke was derailed from clearing 17-0 during the outdoor season due to lower back issues. However, he has regained full strength and cleared the mountain top 17-0.75 on February 16 at a meet in Wisconsin. It was the second best indoor clearance in history. Things would change last Friday at the Windy City Pole Vault Summit at Rolling Meadows. Winder finally put Phil Hanson (Pontiac) and his 17-1.25 behind him with a US #2 monster clearance of 17-2.5.  For those in attendance it was wonderful feat to watch. For the Winder family it was a day they had been looking forward to for a long time. The outdoor best is 17-2 by Logan Pfibsen of Streator back in 2010. Well, Winder will probably just shoot for top shot in the country. Devin King (Sr., Sumner, LA) is the national leader at 17-8. He was a top 3 vaulter indoors and outside for the past two seasons. Head Coach Jonathan Pereiro added this about his star pupil: “He truly is deserving of this honor. While my career has been short, I have never seen an athlete with the drive and determination that Luke portrays on a daily basis. Whether in practice or in competition, the competitive fire that Luke brings to this team is immeasurable. Plainfield Central is lucky to have him.” 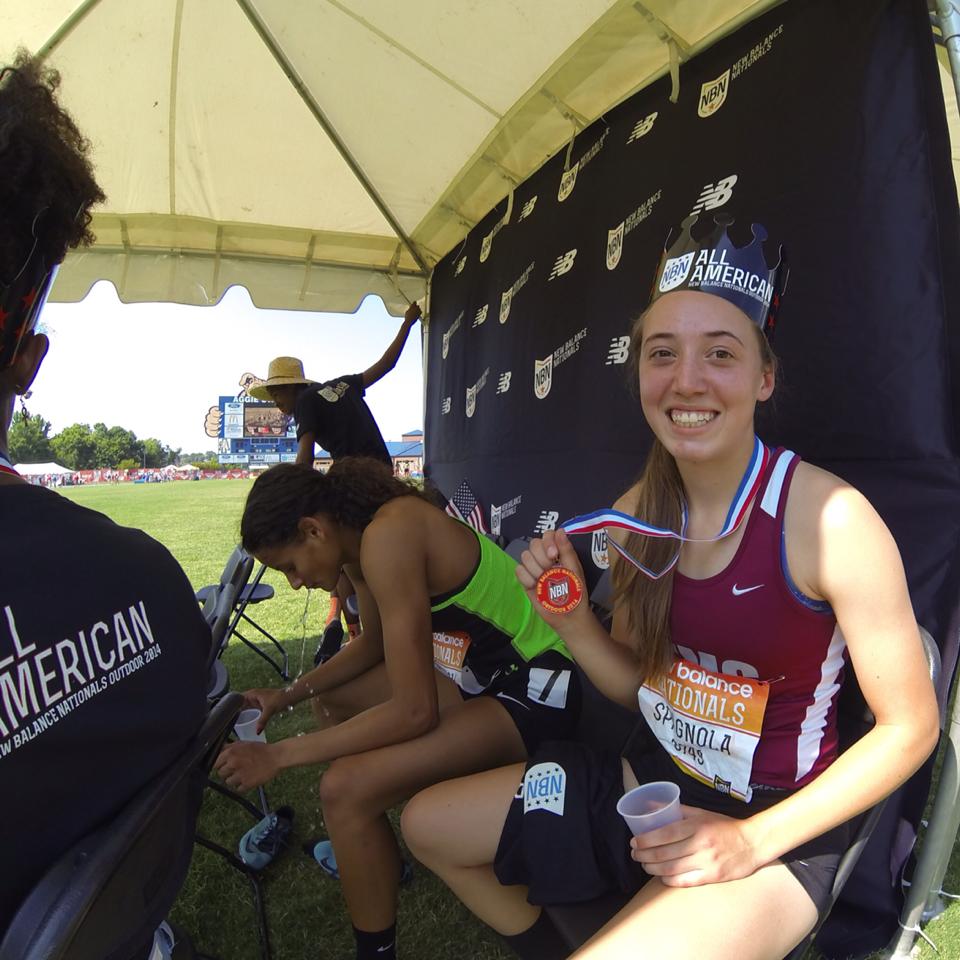 It seems as though West Aurora senior Emma Spagnola has been on the big stage forever. Well, Spagnola is nearly a lifelong athlete starting with softball that ballooned into her become an outstanding athlete in that sport. Spagnola also excelled on the track and in the field prior to coming to high school.  Fast forwarding to her junior year of high school, Spagnola won the state title in the long jump while placing second in the 100H and 300H. She is probably better suited for 100H but has the range of a solid short sprinter to an adequate middle-distance runner. The last person with that type of range was former Waubonsie Valley superstar Shakeia Pinnick.  Pinnick went on to a star multi-event athlete at Arizona State University.

Spagnola will be headed to the University of Minnesota to compete and study. She may also become a multi-event specialist.  Last weekend at the Hononegah Invitational, Spagnola placed second in the 400m (1:00.60) to one of the state’s top 400m runners in Allison Chmelik (Jr., St. Charles East) who ran 1:00.53. Spagnola also excelled in the 55HH (8.53), 200H (28.98- meet record/state best), and long jump (18-9).  Spagnola is a coach’s dream according to her club coach Abe Jones. “Athletically, Emma is maturing as a US national athlete,” he said.  “The way I see it, Emma's academic discipline and strong family support is what drives her. I truly believe she is just getting started. Best word to describe her future... "Olympics."