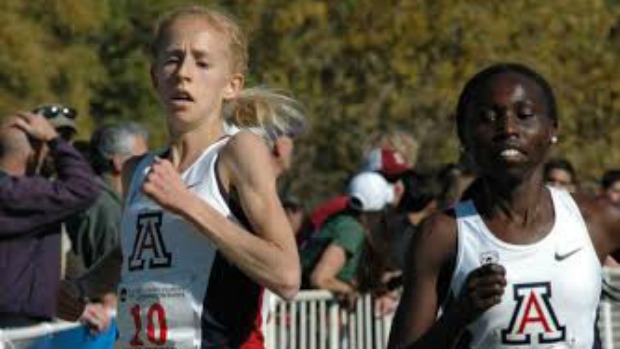 I was reminded what a phenomenal runner Kayla Beattie is when I was travelling through Woodstock to get to a travel soccer game for my son. The sign heading into town welcomed me to Woodstock, Home of Kayla Beattie, multiple Illinois state champion in cross country and track. This was the fall of 2011 when she was a freshman at the University of Iowa. I, like many running fans that got to see her run, figured she would have a banner college career. As we all know, the road to success is not always smooth and straight. Iowa was not the right fit for Kayla and after taking some time away from school transferred to Arizona.

I was able to catch up with Kayla recently. Her Arizona Wildcat squad came in 2nd at the NCAA cross country meet in Terre Haute, IN.

When did you realize Iowa was not the right place?

I realized from the very beginning Iowa was not the right place for me. At first I attributed my struggles to the general college adjustment. I tried keeping an open mind. In the end, however, I never reached a level of comfort. I felt like I was forcing a situation that wasn’t meant to be.

You took some time off school; what causes this?

My last two years were a great example of how stress can affect the body. The stresses of living in an environment I wasn’t comfortable in wore on my body. Minor injuries and running setbacks came one after another and my general health suffered alongside. Getting through each day became a struggle because my body was essentially shutting down. After some difficult conversations with my family and the medical staff at school, I decided it was in my best interest to return home for the spring 2013 semester. When I first returned home I was slightly ashamed. I felt as if I had failed. Now, looking back, it was the best decision I could have made. My health struggles were a blessing in disguise.

Did you ever consider giving up competing?

When I was sick last year, easy runs were a struggle. Running was hard and didn’t feel good. I was actually relieved when I took a break from the sport. I didn’t run for three month. In fact, I didn’t even think about running for a majority of that time. My body needed time to physically recover from the stress. Mentally, I also needed a break. I left high school with lofty goals and expectations for myself and had yet to accomplish even one. I was not interested in returning to Iowa. My itch to start running again came as I watched my younger siblings start their track season. My first couple runs back were slow. I was very out of shape, but I found joy in being able to head out the door. From that time on, I made it my mission to get back into shape and join a cross country team for the fall season.

How did you spend your time when you came home during the year?

My number one focus was on regaining my health. I am very grateful for the support of my family through it all. Within two months, my symptoms and struggles cleared up. In my opinion, much of that can be attributed to being more relaxed. The gastrointestinal conditions I dealt with are commonly correlated with high levels of stress.  Less stress meant my body was less tense. I also learned that I have Celiac disease. Making the dietary adjustments has me feeling like my old self. I am now able to fuel myself properly and my body is absorbing the energy and nutrients. I truly enjoy school and learning, so I was disappointed when I had to drop my courses at Iowa. To give me a sense of purpose and intellectual stimuli during the days, I enrolled in three online courses. I also spent several hours each day volunteering at the local elementary school.

How did the University of Arizona catch your attention?

When I started looking at schools for the second time, I wanted something different. I first looked for colleges with my major program. I decided to visit the University of Arizona while on a trip to visit a cousin in Phoenix. Right away, the campus felt right. I knew the distance coach, Coach Li, was well-respected and very accomplished. (He coaches one of my favorite athletes, Bernard Lagat) 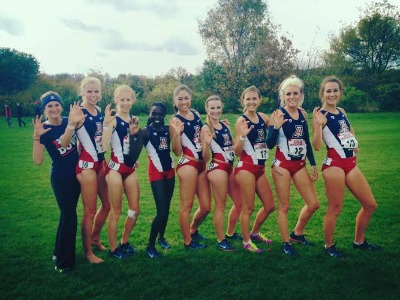 The girls on my team, the coaches, the training staff… I am surrounded by great people. All fall it was obvious everyone was focused on a common goal. As a team, we collectively worked each day towards accomplishing that goal. Each girl did her part to contribute. I feel blessed to have this second chance at collegiate athletics. I am much happier now than I have been in two years. My mom has always emphasized to me that being happy is one of the most important things in life, along with health. If you aren’t happy, you aren’t going to do well in school, running, or whatever else you are involved in. I am thankful that I have been able to find my happiness once again. Being happy and healthy allowed me to have success in races this season I never would have imagined a year ago.

Do you miss being closer to home?

I love living in Arizona. I do miss seeing my family, but establishing some independence has been a good thing for me. My parents are so supportive and selfless, despite racing all over the country, either my mom or dad was at every one of my races this fall. It helps that my Dad’s airline job provides us with the benefits of free airfare. One weekend in particular, my Dad watched Elise run in Boston on a Friday afternoon then flew to Minneapolis for my meet Saturday.

Both your parents were runners at Bowling Green. What events did they run?

Are they still physically active and compete?

Between working and raising five kids, my parents let their daily running routine get away from them years ago. My Dad has been dealing with an Achilles injury that keeps him from exercising. Plus, he is extremely dedicated to his job and spends long hours away from home working and in the commute. As for my mom, on a whim she signed up for the Chicago Marathon. At the beginning of summer she asked me to create a training plan for her. I’m proud to say she followed the plan, built up her mileage, and completed the marathon in October.

How was running introduced to you and your siblings?

As a toddler my parents pushed my older sister, Elise, and I in jogging strollers while they ran. Some days they would take us to the track and run while we played in the sandpit. As I grew older and my younger siblings entered the family, I moved from the stroller to biking alongside my parents. Eventually, I joined in on the run.

Does everyone in your family run?

I am one of five kids in my family. Everyone runs at some level. Elise, the oldest, is finishing up her competitive running career at the University of New Hampshire. Maura has one more season of high school track and then will run at Central Michigan University. Grace and Luke are sophomore twins. Grace likes to be the different one in the family. She runs cross country, but sticks to the shorter events, particularly the 300m hurdles, on the track.

Let’s go back to high school; which record you set were you most proud after you got it and why?

I was most proud of my time in the 3200m. After the Nike Nationals race I was sitting with my coach talking about the season. We got talking about track season and he threw out the goal of running under 10:00 in the 3200m. From that moment on, I trained with 10:00 in mind. When I finally broke the barrier at the state meet, it was a huge relief. I was proud not because it was a record, but more so because it was a goal I worked hard for all season. Receiving the payoff for something you devote a large portion of your life to is very fulfilling. That’s the beauty of running. 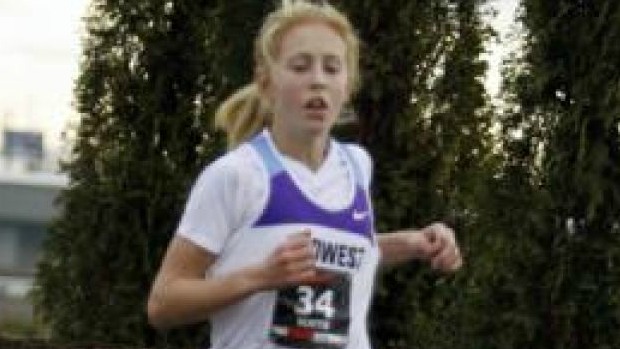 Nike or Foot Locker? You were 12th at each in the national meet. Which was more fun for you and why?

The two national meet experiences were very different. Nike Nationals was more geared towards the team mentality and promoting Nike as a company. Foot Locker was of a celebration of US distance running beginning at the high school level. The races were my first experience with national competition. I walked away from both not completely satisfied. I was hungry for more, which provided a great catapult into the track season.

Did you think your 16:22 record at Detweiller would stand a bit longer?

Records are made to be broken. That is what running is all about. As the cliché goes, a major component of distance running is mental. Once someone runs a fast time, all of a sudden the time becomes ‘possible’ for others. The physical capacity may have been present all along, but chasing records knowing someone else has accomplished that feat can provide some extra confidence and motivation.

Do you think you could have gone faster if someone was pushing you in cross country or at state track in 1,600 and 3,200?

I’d like to think I could have run faster times with competition. Under many circumstances that would be true. However, in some cases, running a time trial with just you and the clock can be the best strategy for running fast times. Championship races are historically slower and more tactical because winning is the primary focus. So, could I have run faster? My training said yes. But, would I have run faster? It’s hard to say.

What is your major at Arizona?

I am double majoring in Physiology and Psychology.

What is your ideal job after college?

I am interested in entering some sort of rehabilitation/physical therapy career.